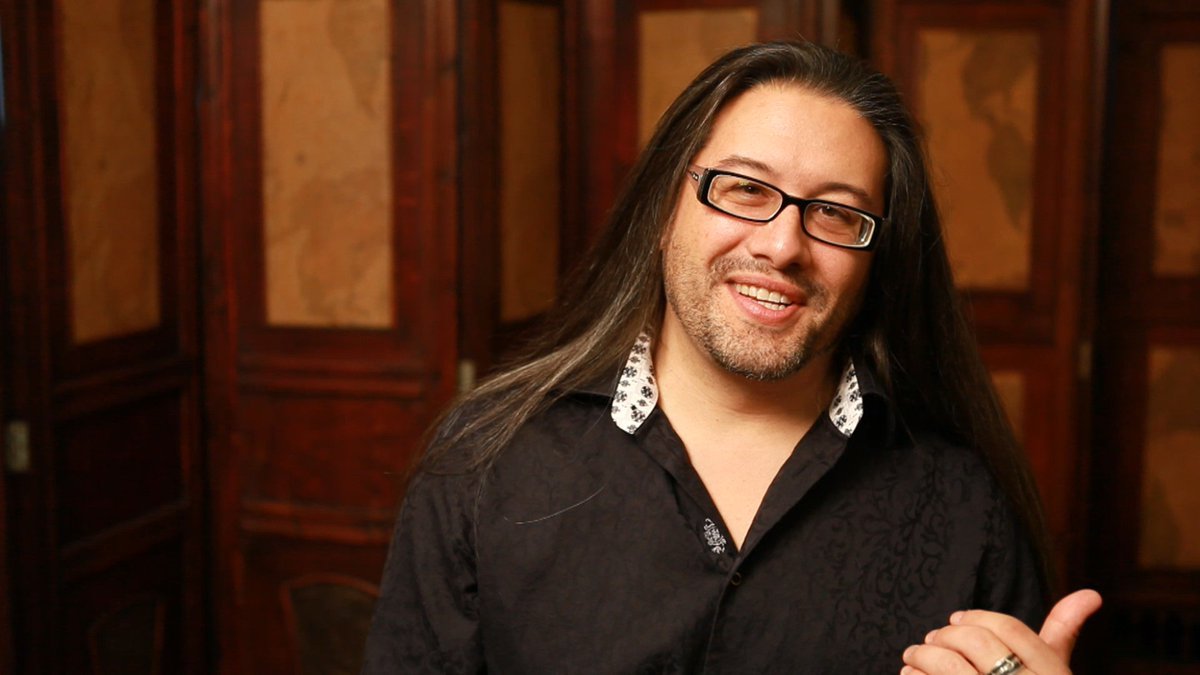 John Romero remembers his first experience with program coding in a university science lab when he was 11 years old. An Arizona native who grew up in California, Romero began learning how to program on the school’s mainframe computer.

“I ended up in this specific place and saw this massive computer. I had never seen anything like it,” Romero, a member of the Pascua Yaqui Tribe, told Tribal Business News.

“I didn’t think about it at the time — this was back in the ’70s — but I learned technology because I ended up there,” he said. “It wasn’t something I’d set out to do that day.”

Romero’s chance encounter with that computer sparked a decades-long career in technology and game development that, over the course of his work, placed him at the head of 10 development companies.

Those companies include his current organization, Romero Games. He also co-founded ID Software, where Romero served as designer on Wolfenstein 3D, Doom, and Quake, widely considered to be the progenitors of the first person shooter genre of video games.

For a long time, Romero’s work in the video gaming industry meant a separation from his culture. Early days spent traveling to the Pascua Yaqui Reservation near Tucson, Ariz. gave way to years spent in California alongside largely white colleagues and peers.

“When I moved out of Arizona, I basically moved to ‘Super White California’ and grew up there. I didn’t have an accent, so people … assumed I was Italian,” Romero said. “I didn’t even really think about the Native part for a really long time because I was so separated from that. Most of my time was unbelievably busy running companies and making games and not spending a lot of time with family.

“I didn’t really get to grow up in the culture as much as I would have liked to, but I had no choice since I moved when I was really young. I grew up in the computer industry, and my identity was games.”

As the video game industry grew and studios began cropping up across the United States, more marginalized communities, including the Natives that shared Romero’s heritage, began participating in game development.

Their presence caused Romero to ask more questions about his own identity and culture, which led him to reconnect with family in Arizona and explore some of his Cherokee roots.

“Where did Grandma come from? Where did her parents come from? I started kind of asking those questions, and I found out my ancestry goes all the way back to Aztecs,” Romero said. “I was doing that, just getting stories, just recording videos of my uncles talking about stories for hours, having my aunt send me pictures. As you get older, you’re more interested in where you came from.”

Video games currently represent one of the fastest growing and most lucrative markets in the world, as well as one of the least diverse, both in terms of employment and representation in the games developers create.

A market analysis by Grand View Research found that the $151 billion industry as of 2019 stands to expand at a compound annual growth rate of 12.9 percent by 2027. Recent data from a 2021 International Game Developers survey places Native participation in that market at around 4 percent, a 2 percent increase from IDGA’s 2016 report. To that end, Romero, who also identifies as Mexican, noted that Native representation might be underreported, given how many Mexicans also identify as Indigenous.

That trend carries out into the games themselves: Less than a fraction of a percent of games feature Native protagonists or lead characters, according to sales figures aggregated through PC game platform Steam.

“Diversity in the industry is a big topic, and it’s something that improves all games,” Romero said. “Everybody of every culture plays games, and they want to see themselves in games so they don’t feel like the world is all white.”

Diversity remains an important factor both in lead characters, which serve as cultural representation and allow players to feel at home in a game, and in the game studios themselves, Romero said.

“It’s important that people can see themselves in games, and that’s one way of getting people into the industry because they feel like games get them,” Romero said. “Then they say: ‘Can I work for the company that made that game because they understood that issue, and the culture and the characters?’ It’s important to have that coverage, to recognize the culture and the people in it.”

That includes people like Romero, who has become more open about his cultural connections to inspire other aspiring Mexican and Indigenous developers.

Between game design discussions at conventions and game development at Romero Games, Romero often speaks to marginalized communities about how they can break into the industry where he has found such success.

“People definitely look up to other people that they identify with, and I think that’s great because then I could tell them how they can get on the road to becoming something in the industry,” Romero said. “My wife talks about when we went to (gaming convention) QuakeCon 2014, and she met a fan who likes my games. To him, that was the biggest deal — that he was Mexican and I’m Mexican and me being in development and doing what I did was a huge role model for him.”

Pathways out of poverty

Romero also advocates for marginalized communities to participate in game development as well as to get involved in science, technology, engineering, and mathematics (STEM) fields in general.

Those industries contain “hundreds and hundreds” of jobs available to a wide range of interests, he noted.

“It’s absolutely a really great way to pull yourself out of poverty. Learn how to code. Coding is not as hard to learn as people think it is. It could be databases, web development, anything that’s along the pipeline,” Romero said. “Focusing on getting there through learning is absolutely the smartest and most rewarding way of doing it.”

Children in marginalized communities need to realize that their careers could start just like Romero’s did, with a curious mind and a computer.

“I’ve gone to Mexican schools in the really poor areas of California and spoken to classes of kids. I tell them: ‘Get a computer,’” Romero said. “They have no idea because they’re not exposed to any of it, but going down the path at the very beginning is all it takes to get your foot in the door and to start asking questions and find people who do have information.

“(You need) the computer and access to internet and the time and determination. If someone can do that, everything else is up to them … if you have the determination.”