Graham Roland has built a prolific career as a TV writer and producer. After getting his start in the writer’s room on 2008’s Prison Break, the Chickasaw tribal citizen has branched out with multiple producer credits on shows like sci-fi story Fringe, sci-fi crime drama Almost Human and thriller Tom Clancy’s Jack Ryan.

Roland’s latest credit is executive producer for AMC’s detective thriller Dark Winds, based on novels by the late author Tony Hillerman that follow Navajo police officers on the tribe’s reservation in the 1970s.

The show provides an opportunity to tell a Native story through a Native lens, rather than through the “trojan horse” of a white character experiencing Native culture, Roland told Tribal Business News. 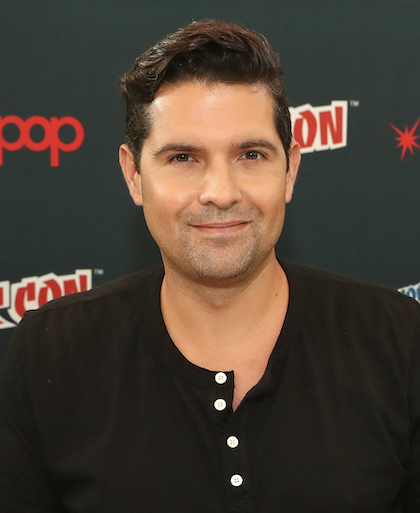 Graham Roland. (Courtesy photo)“I had always wanted to find a project with a Native American lead that wasn’t Indian gaming or a western or something like that,” Roland said. “This was that: There were two leads, and Tony’s writing was so immersive and really put you in the sense of place and time of the Navajo Nation in the 1970s. Immediately I was like, ‘This is a great opportunity to do the thing I’ve always wanted to do: tell a Native story that you didn’t need the white character to bring you into.”

Dark Winds afforded a chance to write and produce a show where the Natives are the heroes, rather than the villains or victims in an otherwise mostly-white story, said Roland, who signed on to the project in 2019. It has since blossomed into a 12-episode series premiering on AMC beginning June 12.

“That’s why I really wanted to do something like this, where the Native characters are the heroes, and they didn’t need a white character to come save the day,” Roland said. “I was really adamant about that.”

As a Native American, Roland took particular care in the portrayal of the Navajo Nation. While he grew up Chickasaw, the executive producer wanted to provide authenticity and show cultural respect for the tribe depicted in Dark Winds.

“By necessity, a lot of things are different, partly because of the geography of the Navajo tribe versus where the Chickasaw were eventually relocated, and cultures were different. It was incumbent upon everybody to really rely on Navajo consultants, and really do our job in the research department,” Roland said.

“As a Native, there’s a generalized experience regardless of what tribe you’re from, but then there are things specific to the Navajo culture, so it was very important to do my research and really spend time on the reservation to really understand the nuances because it is quite different.”

From Marine to screenwriter

Writing has always been Roland’s passion, although his initial aspirations of becoming a novelist thanks to an adolescent love of Stephen King eventually morphed into an affinity for screenwriting.

“Writing was what I knew I wanted to do, but not until my late teens did I start getting into film, and not so much as a director but as a writer, and writing scripts,” Roland said. “At this point, I was starting to see Quentin Tarantino movies and the writer’s role in film and how important it was.”

Roland knew if he wanted to enter the film industry, he’d need to go to film school. Without the means to attend on his own, he entered the Marines as a way to pay for college.

During his tours in Iraq, Roland’s plans for screenwriting shifted from full films to TV shows thanks to DVDs sent by his family.

“I hadn’t really been paying attention to TV for a few years. Then while I was overseas, my mom sent me three box sets: Deadwood, Sopranos, and Lost,” Roland said. “I watched all three of those over the course of that deployment, and had kind of an epiphany. Television was a writer’s medium where you could tell these long, detailed, serialized stories the way you could in novels.”

Roland’s first job upon returning to the states, in the writer’s room on 2008’s thriller Prison Break, cemented his appreciation for the craft and his plans for the future.

“Once I worked on a television show, which I really didn’t understand how a TV show was made until I got on a TV show, I was hooked. That’s what I wanted to write,” Roland said. “Once I had that experience, I kind of abandoned doing movies. I ended up doing one anyway, but once I was in the process of making TV, not only was I getting a chance to write, but a month after I wrote the script, they were filming it. To me, that was like a second film school. I never wanted to not work on a television show after that.”

Native Americans like Roland are seeing a surge of opportunities in show business thanks to runaway streaming successes like Reservation Dogs. As a result, media companies more than ever are placing Natives in writer’s rooms, behind the camera, and on stage.

While Dark Winds began production before this runaway popularity, the Native zeitgeist makes for a perfect opportunity to get the story out there, Roland said.

“Not only are Native writers, actors and directors getting opportunities they weren’t getting a few years ago, but we’re also getting to see a breadth of storytelling and faces on screen that we wouldn’t have a few years ago. To me, it’s a very cool time to be a part of that,” Roland said.

“We felt very fortunate to be making a show with a 95-percent Native cast (and) having a writer’s room with mostly Native writers. We felt fortunate to be in that position, but as the last couple of years have proven, there is an audience that is interested in stories that take place in these worlds.”