GRAND RAPIDS, Mich. — Gun Lake Investments, the non-gaming economic development arm of the Match-E-Be-Nash-She-Wish Band of Pottawatomi Indians, commonly known as the Gun Lake Tribe, will start the search for a new top executive after its CEO resigned Monday. 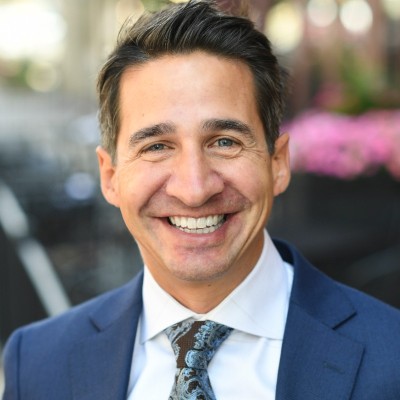 After six years leading Gun Lake Investments and a decade working for the Gun Lake Tribe in various roles, Kurtis Trevan announced via social media that he was leaving the organization, calling it “one of the most bittersweet days of my life.”

At the helm of GLI, Trevan — a citizen of the Gun Lake Tribe — spearheaded the growth of the organization from one employee to a portfolio of 16 investments across the country that collectively employ more than 500 people and are “creating significant social impact without sacrificing financial results,” he wrote in the post.

Trevan added: “I’m unsure if this could have happened in any other region or with any other Tribe. The commitment that the Tribe has for this community, combined with the city’s business leaders welcoming us, created the perfect nexus to drive change and impact.”

Trevan told MiBiz, a regional business publication in West Michigan, that he was not able to discuss the specifics of his plans, but “they are focused on the DEI (diversity, equity and inclusion) investment space, operating out of Grand Rapids, but with a national reach.”

In a recent executive roundtable with tribal economic development leaders, Trevan told MiBiz that in response to the improving conditions in the pandemic, GLI in recent months had “definitely moved from triage mode back into growth mode,” adding that the organization is “trying to grow our portfolio companies and seek out new investments.”

Trevan’s resignation was confirmed by a statement from the board of directors at Gun Lake Investments.

“Kurtis was an integral part of GLI’s growth of the last six years. We wish Kurtis well in his future endeavors and thank him for his service,” the board said in the statement.

The board said it had engaged DWH LLC CEO Monica King to serve as interim CEO of GLI as it searches for a replacement for Trevan.

DWH is a Grand Rapids-based consulting and advisory firm that’s majority owned by Waséyabek Development Co. Additionally, King formerly served on a contract basis as COO of GLI as it developed its strategic plan.

“Monica is a very experienced and dedicated professional that is no stranger to GLI,” the board said in a statement.