ENGLEWOOD, Colo. — The disruptions from the COVID-19 pandemic highlighted how essential the internet is to daily life, while also exposing the wide connectivity gap across Indian Country. 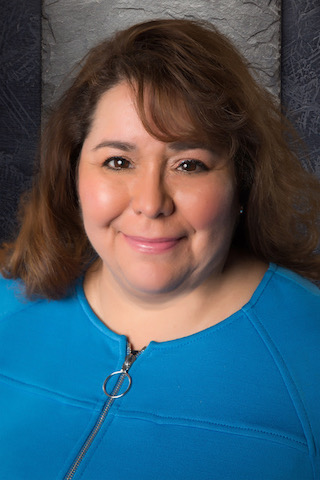 At the same time, the global health crisis — and the billions in federal relief funding approved in response to it — also created a perfect storm for Native American woman-owned Aquila Cubed Consulting LLC.

The Englewood, Colo.-based firm designs and builds wireless last-mile connections in tribal and rural areas that fiber and other traditional networks have cost barriers to reach.

When founders Michelle Holiday and L. Sue Thomas launched the company in early 2020, it turned out to be the right move in the right place at the right time, positioning Aquila to secure multiple tribal broadband consulting projects.

“What’s imperative about the need is that across the country, you’re finding that different services provided through the internet are now viewed as essential,” said Holiday, a member of the Iowa Tribe of Oklahoma. “If you don’t have connectivity, you’re unable to receive some of these services. That’s a problem.”

The founders designed Aquila to capitalize on situations where bringing in fiber proves prohibitively expensive compared to deploying a wireless connection.

“You can’t always get fiber to the home. That’s the best connectivity, some would say, but there’s a lot of wireless networks across the country that might be the better route to go,” she said. “We’re trying to help tribes figure that out.”

To that end, Aquila conducts engineering studies on behalf of tribal clients, taking into consideration both infrastructural and natural challenges. The end result is a design that tribes can follow while building out their wireless solutions for those last-mile customers.

That includes designs like the one Aquila created for the Anadarko, Okla.-based Wichita and Affiliated Tribes.

Wichita President Terri Parton said getting internet service to everyone across rural Caddo County proved difficult, largely because of the remote location of many tribal citizens’ homes. The tribe worked with Aquila Cubed Consulting to create a feasibility study in June 2020.

“After that, the 2.5 GHz spectrum availability came up, and without them that might not have been something we pursued,” Parton said, referring to the Federal Communications Commission opening a Tribal Priority Window to give away unused spectrum to tribes. “They worked really well with us, did the feasibility study and helped us design the build-out, so we just need the money to get it implemented.”

The $2 million “shovel-ready” plan calls for “at least one or two” new cellular towers and antennas installed in places across the tribal territory, Parton said. That includes an antenna installed on the top of the Sugar Creek Casino’s sign in Anadarko.

Now the tribe is waiting to see if it receives a grant from the National Telecommunications and Information Administration under the Tribal Broadband Connectivity Program to help with the build-out costs. Aquila also helped the Wichita and Affiliated Tribes with that grant application, Parton said.

“They understand what we’re looking for,” Parton said of Aquila. “They’ve been really great partners with us.”

In part, Parton attributed Aquila’s efficacy to its Native ownership.

“If you get a business that hasn’t worked in Indian Country, sometimes they don’t see the bigger picture of our needs,” Parton said. “They need to get to know the tribe and their needs, and Aquila worked really well with us in trying to establish that.”

Holiday has spent much of her career, which includes a background in energy and infrastructure, in learning how to work with tribes on projects like the Wichita build-out.

“It’s really important to adhere to the tribe’s regulations. How you go about working collaboratively and (respecting) tribal sovereignty, that’s important when it comes to working with tribes,” Holiday said. “I have that background and I’ve been really able to apply it and understand where tribes are coming from.”

Giving tribes a Native-owned option for designing and eventually building out their own broadband solution was one of Holiday’s goals from the start with Aquila, and the timing of the company’s launch also proved fortuitous.

“We started the business with the intention of working with tribes,” Holiday said. “Now that the tribes have CARES Act funding specifically designated for things like broadband, they’re able to use those funds to hire technical partners to do that type of work. That has piqued tribes’ interest in bringing broadband to those who need it.”

“I’ve always built my business to advise tribal clients to do the work and understand telecommunications to use the best resources for their funds,” she added. “We’re vendor agnostic and that’s really important. We have resale agreements with all of these entities, so we design it and then decide what equipment you need to put in.”

Holiday’s position as a Native business owner better positions her to advocate for other Native entrepreneurs, too, she said.

“I feel that Native small business and Native woman-owned, we’re in the business of wanting to feed our families and have income, so I think there’s great alignment when you can work with tribes to build tribal capacity and self-sufficiency for Native peoples in general,” Holiday said. “We understand that small business is the backbone to the nation and I think there’s a lot of emerging tribal and Native owned businesses that need support.”