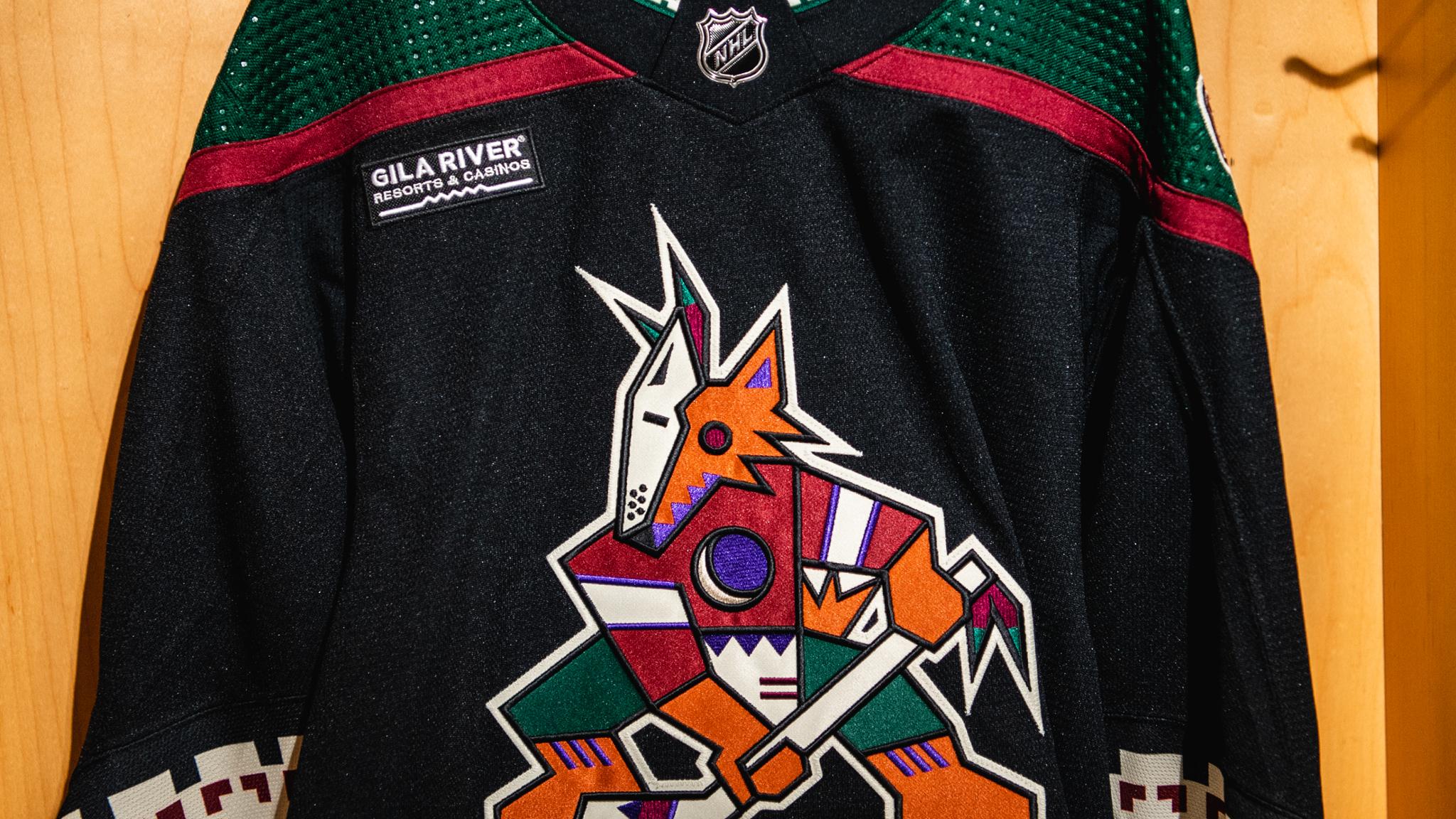 CHANDLER, Ariz. — The tribally owned Gila River Resorts and Casinos has entered a historic, multi-year partnership with the Arizona Coyotes for branding entitlement on the NHL team’s home jerseys.

The gaming enterprise of the Gila River Indian Community will feature its logo on all of the black Kachina jerseys played during home games. As per rules, ads for sportsbooks and gambling ventures can be worn only on home jerseys.

The deal is historic for the league, marking the first time an NHL team will bear a Native American-owned gaming enterprise logo on its jersey.

“Gila River has been a long-term partner for the Coyotes, and we are grateful for their tremendous loyalty and support over the years,” Coyotes President and CEO Xavier Gutierrez said in a statement. “Like the Coyotes, Gila River prides themselves on their commitment to excellence and to positively impacting our community. We look forward to having Gila River’s distinguished and respected name and logo on our incredibly popular black Kachina jerseys.”

Gila River Resorts & Casinos will also serve as the season-long presenting sponsor of the Coyotes, which will include activations around games at the team’s new temporary home at Arizona State University.

The new partnership is just the latest in the decade-plus relationship between the Coyotes and the Gila River Indian Community.

“They could have reached out to other business partners, but since we have a special relationship with the Coyotes, it made sense for them to reach out to us,” Daniela Vizcarra, Gila River Casino & Resort Public Relations Manager, told Tribal Business News. “This is something that has never been done before. It made sense for us to do this and be trailblazers together.”

The Gila River Indian Community is located just south of Phoenix with more than 583 square miles of Pinal and Maricopa counties. The Gila River Casinos & Resorts enterprise operates three casinos and is part of the tribe’s portfolio of businesses that generates income and provides services for its 14,000 tribal members.

While the jersey deal is the first of its kind for the NHL, the Gila River Indian Community and the Coyotes have embarked on other historic firsts. In 2014, the tribe signed a first naming rights deal to rename the team’s former home venue in Glendale, Ariz. from Glendale Arena to the Gila River Arena. The deal was the first between a Native American tribe and an arena that hosts a major league sports team. The deal expired when Glendale terminated its lease with the team.

Earlier this year, the Coyotes negotiated a deal with Arizona State University to play at the university’s Mullet Arena in Tempe for the next three seasons while the team scouts locations to build a new arena.

Vizcarra notes that this brings the team closer to Gila River than its former home ice in Glendale.

The naming rights and jersey are substantial deals evolving from the team’s long-standing relationship with Gila River, which Vizcarra says has roots in smaller advertising deals and community initiatives.
“The Coyotes are really big into giving back, and that’s something that is big with us at Gila River,” Vizcarra said. “We’ve collaborated on different community events, whether it’s raising money or having a telethon or volunteering together. It’s not just about raising money, but it’s really about supporting the fans and supporting our community.”

The relationship with the Coyotes is in keeping with Gila River Casino’s moniker of “Arizona’s official sports headquarters.” Last August, the tribal enterprise inked a deal with the Arizona Cardinals and BetMGM to open a retail sportsbook at Gila River’s three casinos, as well as the first retail sportsbook located in a professional sports venue at the Cardinals’ State Farm Stadium.

“We get involved in any way that we can, it is another way to build that relationship with the community and bring awareness and help to build these fan bases,” Vizcarra said.