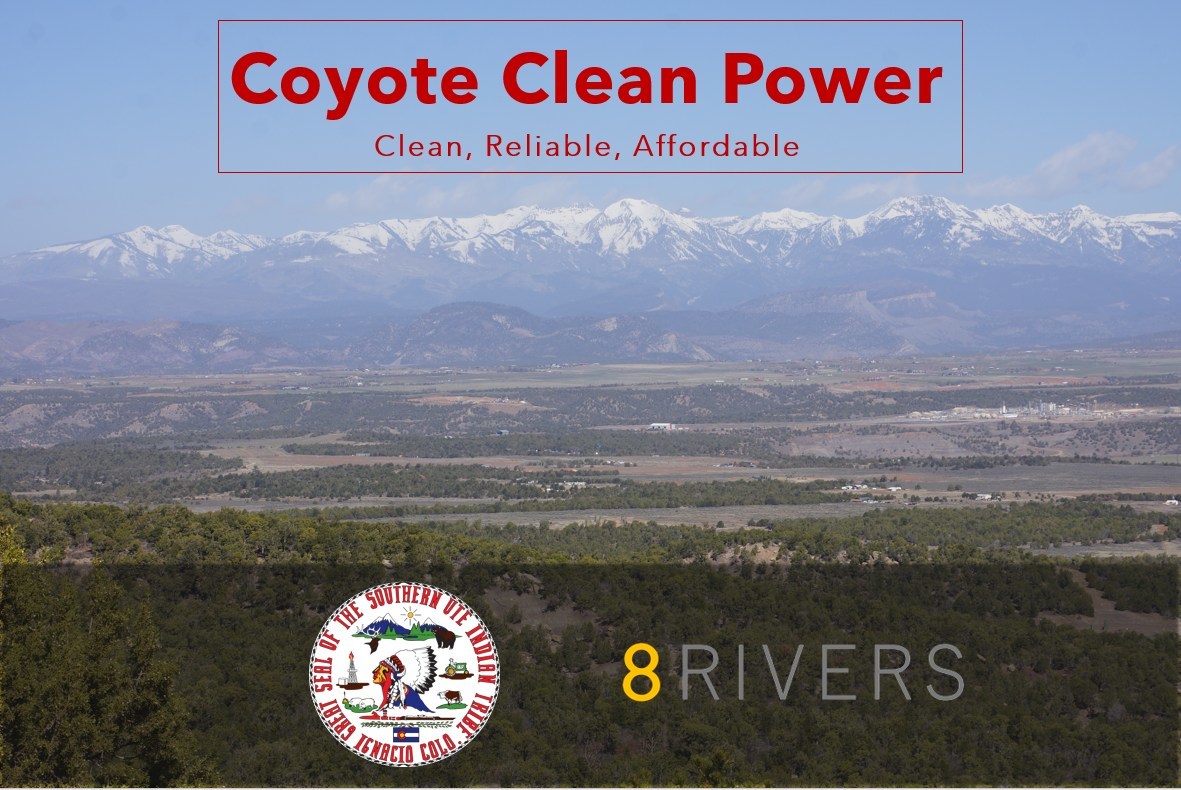 The project aims to produce 280 MW of electrical power while capturing and storing carbon dioxide released by the process. Durham, N.C.-based 8 Rivers Capital — operating through its Zero Degrees development business — plans to work with the Southern Ute Tribe to design and construct the plant over the next five years.

If constructed, the plant would join existing Southern Ute energy interests in “multiple gas and oil basins, including the Gulf of Mexico,” Box said. The tribe maintains an energy enterprise in Aka Energy Group LLC, a natural gas company and an offshoot of the tribe’s Growth Fund.

The proposed plant would employ NET Power technology, a process that makes use of oxy combustion rather than standard combustion to produce baseload electrical power derived from natural gas. In the so-called Allam-Fetvedt Cycle process, natural gas is combusted with pure oxygen, and the system immediately recycles the resulting carbon dioxide, reportedly eliminating air emissions. Rather than using steam, the NET Power system uses the carbon dioxide to drive a turbine to produce electricity and then sequesters it.

Notably, the Southern Ute Indian Reservation in the San Juan Basin is home to “abundant” natural gas resources, according to the tribe’s website.

“NET Power and the Allam-Fetvedt Cycle are an innovative and potentially game-changing technology that the Tribe sees as having a key role in the energy transition to lower carbon intensity power generation,” Box said. “Coupled with the Tribe’s abundant natural resources and expertise in energy development, the partnership with 8 Rivers Capital in the Coyote Clean Power project is a great fit in the Tribe’s portfolio.”

Earlier this year, the oil-producing tribe asserted its sovereignty in pushing back on the Biden administration’s halting of all federal oil and gas leasing, saying it relied on revenues from energy development to fund its government and provide services to tribal members. The administration later clarified that the order did not apply to tribal trust lands.

8 Rivers President and NET Power board member Damian Beauchamp said the clean power project will highlight an important technology “in the energy transition to a carbon neutral environment.”

“The Coyote Clean Power Project’s affordable delivery of zero emissions power is unprecedented, and the project is a model for future deployments of this critical decarbonization tool,” Beauchamp said in a statement.

The project remains in the development phase, according to 8 Rivers Capital. The partners expect a final investment decision by 2022 for the project that is expected to cost “hundreds of millions of dollars.” Construction could begin as soon as 2025.

The partners estimate the Coyote Clean Power Project could lead to the creation of 1,000 direct and indirect jobs both on and off the reservation during the peak of construction.

In the meantime, the Southern Ute Tribe remains vigilant for other opportunities to pursue environmentally conscious, “complementary” projects.

“The Tribe has established itself as a leader of energy development in Indian Country,” Box said. “The Tribe continually evaluates projects that are complementary to its existing business ventures, which can include renewable energy as well as projects that reduce the carbon intensity of its current operations.”