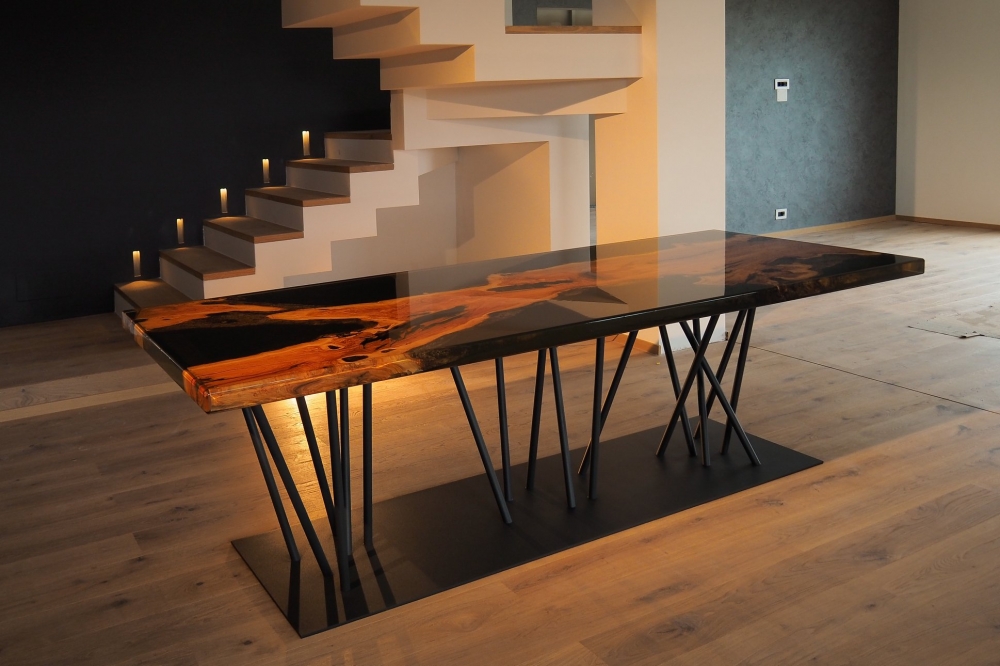 ANCHORAGE, Alaska — Alaska Native and Athabascan tribal member Arthur Stevens has been “entrepreneurially minded” ever since he was a kid.

“I’d sell old toys so I could buy new ones,” Stevens said of his earliest forays into thinking like an entrepreneur.

Despite his desire to go into business and work for himself, Stevens found that much of his education focused on training him to go to work for others, which “wasn’t what I wanted to do.” Stevens also wanted to avoid spending his entire life in the oil and gas sector, the largest industry in Alaska.

The spark for Stevens fully ignited when he started working for someone who also shared the entrepreneurial flame, even if his priorities shifted simultaneously.

“We started a music company called Native Productions,” Stevens said. “I got married and started a family and that music environment wasn’t really what I wanted to achieve as a family man, so I put all my efforts into construction. Three of us came together, started the company, got a few nice projects.”

From there, the contracting firm Native Construction Management Inc. (NCM) took shape in 2017. Stevens would eventually come to be sole owner of the company, which he now plans to take in a more Indigenous direction.

“Some of the Athabascan values include hard work, care and provision for the family, village cooperation and responsibility to the village, honesty and fairness, and respect for knowledge and wisdom from life experiences,” Stevens said. “As the owner of NCM, it is important that we build our company on a foundation of these values. They help to ensure that I am caring for the company and our clients as I would care for our communities and elders. These are important for me because they help me to grow personally and for the purpose of helping others.”

That community focus also plays out in company policy and projects, Stevens said.

“A big part of that is being able to give back. We aim to donate 10 percent of all profits toward rural community development. We retrofit buildings into mobile greenhouses. We install solar panels on elder housing,” he added.

Since the early days of the company, it has focused on renewable energy projects, which aligned with Stevens’ push toward “implementing healthy and safe infrastructure in Alaska’s Native communities.”

“With our 10 percent community donation, we aim to implement small-scale renewable energy projects so that we can learn more about the industry,” he said. “Our aspiration is to establish a renewable energy division within the company and to potentially become a full-service renewable energy general contractor.”

Advancing technologies in renewable energy could have a positive effect on Native communities, which typically struggle to find funding for projects, he added.

“Some of this technology will realize huge strides in energy cost savings for the community, freeing up funding for other projects that can help to positively impact the community,” Stevens said.

Renewable energy development in Indian Country provides many benefits for communities, according to a December 2019 report in Clean Energy Finance Forum. The report focuses on how renewable energy projects and the development of distributed microgrids offers “potential benefits to tribes beyond energy provision, including economic development, energy cost savings and stabilization, environmental protection, climate change mitigation and increased climate resilience.”

Some advocates see renewable energy projects as a demonstration of tribal sovereignty and Native communities’ “sacred duties” to be stewards of natural resources, officials said in the report.

While working toward the goal of pursuing additional work on renewable energy developments, Native Construction Management has picked up contracts all across Alaska, including bidding on a project in Stevens’  hometown of Mentasta Lake.

As the company hit its three-year anniversary Sept. 26, Stevens reflected on the work Native Construction Management has completed in areas including the Anchorage bowl, Unalakleet, Clark’s Point, Yakutat, Tazlina and Chitina, to name a few.

“We have ongoing work around the state installing well and septic systems, remodeling houses, and are venturing into new construction on a larger scale,” he said.

While COVID-19 hasn’t struck his company as hard as some others, Stevens said, it has presented challenges.

“The biggest thing is that we’ve had to turn down a lot of work,” he said, citing a persistent labor shortage in his market. “There’s just nobody looking for work … but that’s getting better now. We did definitely have trouble throughout the pandemic with resources.”

As well, the company is not immune to trends within the broader construction industry: Native Construction Management has had to grapple with increasing prices and longer lead times for projects.

“Most people have been fairly understanding as far as our client base goes, so we’re grateful for that,” he said.

Stevens said he felt personal growth as he stepped into the role of entrepreneur.

“From the high level view, there’s always the growth that comes with being a business owner. You’re always learning, always growing,” he said. “Sometimes you feel like it’s the best thing in the world, sometimes it’s extremely stressful. I aim to stay constantly learning to serve our clients and the Alaksan Native people.”

--
EDITOR’S NOTE: This story has been updated from its original version to clarify that Stevens’ goal is to donate 10 percent of company profits.