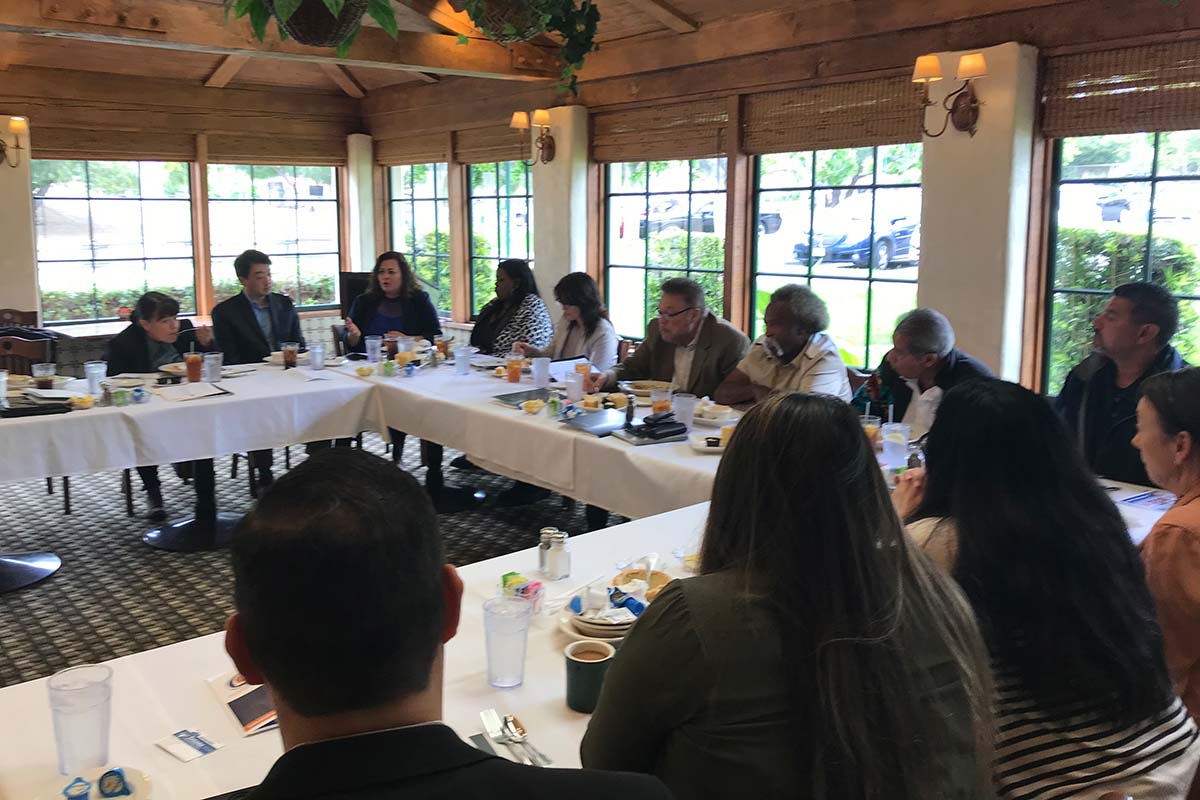 The Tribal Business Empowerment Journey starts Nov. 5 and offers a certificate program consisting of 15 modules, one per month. The Chamber will conduct workshops mostly virtually over the course of the program, although some in-person workshops will be available.

The program is free for American Indians or Alaskan Natives who wish to participate, and travel stipends are available for in-person training.

“We’re hoping to get a number of Indian businesspeople to come together and learn about what we have to share,” said Tracy Stanhoff, president of the American Indian Chamber of Commerce of California. “We’re going to have folks come in and talk about accessing dollars and finances for growth. We’re going to be able to say, ‘OK, here’s where a loan provider is going to object, and here’s how you fix it so you can get that loan.’”

The Tribal Business Empowerment Journey aims to provide Native American entrepreneurs with advice on starting and maintaining businesses from an “on-the-ground perspective,” said Stanhoff, a member and former tribal chair of the Prairie Band Potawatomi Nation and a member of Choctaw Nation.

“We’re the business owners, and no one listens to us at times. There are all these folks who are well-meaning and well-intentioned and think they know what we need,” Stanhoff said. “We know what we really need, because we’re out there every day in the trenches working on these efforts.”

The Chamber’s program brings together Native business owners as well as partners from corporate and government positions to share resources and mentorship. The diverse range of expertise covers the “whole realm” of business education, according to Stanhoff.

The organization is in its fifth year of hosting training programs like the Tribal Business Empowerment Journey that aim to provide entrepreneurs with “the secret sauce” for success.

“What we’ve found is that a lot of folks have a good premise for a business but they don’t have the resources or the experiences that can lend themselves to business,” Stanhoff said. “That’s the secret sauce: getting involved and rolling up your sleeve and becoming involved in a group like ours. It’s peer-to-peer pragmatic knowledge. It’s not something you go to a conference to get, it’s day in and day out.”

Meeting with Stanhoff and participating in Chamber workshops taught Kennedy how to respond to requests for proposals. Soon, his company started heading projects such as an interpretive trail through the Ponca Tribe of Nebraska reservation. Costello-Kennedy Landscape Architecture also is designing the landscape surrounding the Navajo Tribal Utility Headquarters.

Kennedy attributes his company’s success in transitioning to tribal projects to the networking and education he received in the Chamber’s workshops.

“They’re just fabulous workshops, some of the best I’ve been involved in. I haven’t found anything that matches it,” Kennedy said. “It just gave me a lot of resources — not only networking, but how to find and access potential projects out there. It’s a good network.”

Cheri Myron, an American Indian Chamber of Commerce of California board member, runs a cannabidiol (CBD) business out of San Diego under the Native American Enterprises LLC umbrella. She credits the Chamber’s workshops for helping her learn how to form a marketing strategy and build a website.

“The workshops have been amazing,” said Myron (Coeur d'Alene Tribe). “They have worked really well.”

Myron said the organization’s aggressive fundraising through grants and events mean that programs like Tribal Business Empowerment Journey can be offered free.

“We really continue to raise the bar,” Myron said. “We felt really good about giving (Native entrepreneurs) that help. We all need help, right?”

Stanhoff said that while the workshops will be available as recordings after posted dates, she encouraged people to attend the live sessions.

“You’re going to end up with a lot more resources and access to folks than you had before. We’re going to talk a little bit about a lot of aspects of business, so you’ll end up learning more about cash flow, scaling up your business,” Stanhoff said. “There’s something for a lot of different sizes of businesses in this program. We designed it so it would give you a little piece of the pie of a lot of different ideas for your business.”