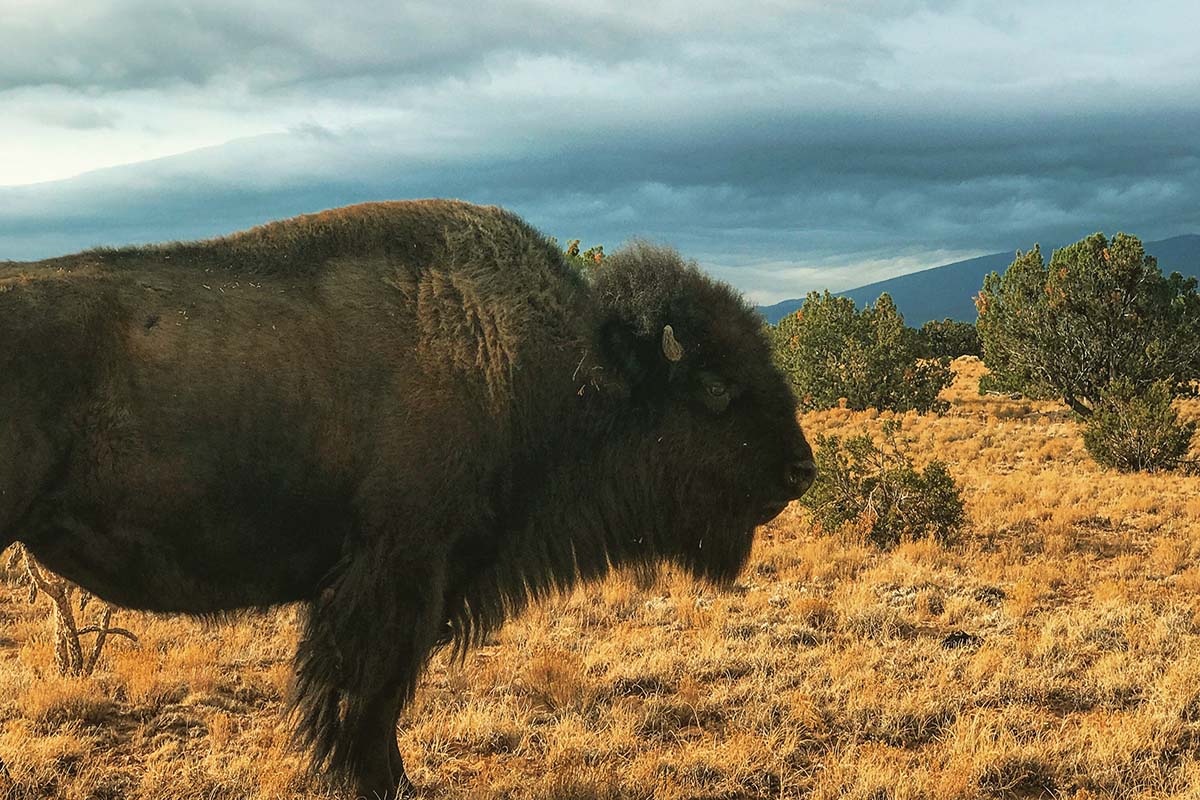 At a 600-acre range in Miami, Okla., Modoc Nation is working to return bison to their former territory.

For Range Manager Phillip Follis, the operation marks a key effort in “getting buffalo back on Indian lands, where they used to be.”

Follis manages a herd of about 250 bison for the tribe, which is a member of the InterTribal Buffalo Council and gets wild bison from around the country, including national parks.

When reached for this report, Follis had just worked with 15 bison from the Grand Canyon and was anticipating getting additional animals from the Badlands.

For Modoc Nation, managing the herd is part of the tribe’s push to get Native Americans back on a traditional diet.

“(Bison) meets the dietary needs of Native Americans. We’ve found when you put Native people back on a Native diet, you address a lot of diseases and you save on health care costs,” Follis told Tribal Business News.

Modoc Nation also aims to put bison meat back on the menu at local schools, and is working to teach Native youth how to raise buffalo, Follis said.

“I’d like to be able to have Native American students come and work summer jobs … just see what it’s like,” Follis said. “Buffalo are so much different from cows. These are wild animals we get from the park service, so they’re a little different animal to deal with.”

The Modoc are just one of many tribes across the United States engaged in agriculture-related projects designed to reclaim part of their sovereignty through their food, said Maria Givens, communications and public relations director at the Native American Agricultural Fund.

“Sovereignty has a different weight for us, because many of the tribes are operating under treaties. That was always the first part of treaty negotiations — making sure we would have access to our foods,” she said. “Ability to access our foods has been challenged, barriers have been systematically constructed, and a diet not consistent with our ancestors has been superimposed on our people, and poor health outcomes have been the result of that. We talk a lot about self-determination, and food choices are self determination — being able to decide for yourself what the future is going to be.”

Tribes’ efforts to reclaim their “food sovereignty” via food has become part of a multi-billion dollar economic sector in Indian Country. According to Native American Agricultural Fund, Native agriculture generates $3.53 billion in annual sales and continues to grow each year as more producers develop new ways to feed their communities.

“There are a lot of different definitions out there and a lot of the different definitions sometimes don’t come from Indian Country, where sovereignty doesn’t have the same prominence as it does, so we take the economic approach as well as the cultural,” Givens said. “We take the approach that it’s an all-of-the-above type of definition: It includes community projects for community gardens, but also encapsulates policy decisions made by tribal governments. We try to encapsulate all of this, so that everyone who is contributing to the food system is doing something with food sovereignty.”

Givens, a member of the Coeur d’Alene Tribe of Northern Idaho, said her tribe has operated a 3,000-acre wheat and pulse acre farm since the 1970s. The tribe has also reclaimed part of Lake Coeur d’Alene following a victory in a 2001 Supreme Court case declaring the lake’s lower third to be tribal land.

“Our entire life revolves around the lake,” Givens said. “Since we won that case, there’s been a huge resurgence in our lake way of life. We’re able to fish more and get to different parts of the lake. We’re able to dig water potatoes. Even though a lot of the lake ownership case could be considered water rights, really it was tied to our foods.”

The Coeur d’Alene Tribe was among the recipients of a 2020 NAAF grant meant to support food sovereignty efforts. In the latest round, NAAF issued $15 million in grant funding to tribal governments, educational institutions, Community Development Financial Institutions and traditional food, advocacy and agricultural extension projects.

Many tribes across the country struggle with issues related to pervasive food insecurity, which often leads to a cycle of chronic health issues.

For example, a 2016 study by Food Access and Sustainability Team (FAST) Blackfeet noted that tribal members often come from low-income families that “lack the funds they need to maintain healthy diets.” That is borne out in the high prevalence of diabetes among tribal members (14 percent) versus Montana as a whole (9 percent), according to the report. In a national context, the Centers for Disease Control and Prevention says Native Americans have a greater chance of diabetes than any other racial group.

The Blackfeet Tribe of Montana (Amskapi Piikani) drafted a food sovereignty plan in 2019 to provide and improve “access to affordable, nourishing foods within our local food delivery system” by 2024.

The plan acknowledges the context of the problems, namely that “Native lifeways and economic systems were diminished and rapidly replaced by a structure that valued the individual over the community. Decades of minimal access to fresh nutritious foods, compounded by employment inequity and highly processed food consumption have led to increased incidence of preventable health conditions across the Blackfeet Nation.”

The Amskapi Piikani plan discusses several projects now underway to address these insecurities. These projects include the reintroduction of buffalo, introduction of an agricultural co-op and confederacy-wide “Blackfoot Prime” beef label and Indigenous-led conservation efforts. Proposed outcomes include the development and definition of a “Blackfeet Made” product label and a 5-percent yearly increase of local products served in schools.

Valerie Segrest, regional director of food and knowledge systems for NAAF, listed work by her tribe, the Muckleshoot Indian Tribe of Auburn, Wash., as an example of food sovereignty.

Segrest, a nutritionist by training, founded the Muckleshoot Food Sovereignty Project in 2009 because “I knew that I couldn’t be the kind of nutritionist that sat behind a desk and told people to eat foods they didn’t have access to.”

“We’ve been very intentional about strategizing our food sovereignty efforts by increasing access to systems we already have — by keeping tribal salmon in tribal kitchens, by managing the forests in a culturally relevant way and revitalized the forest floor,” Segrest said. ”We know it takes 40 years to harvest lumber, and in that time, we use that space to grow foods we’ve eaten for years, from huckleberry to stinging nettles to conifer tips.”

Segrest said the tribe has also focused on a “community-based approach” to reviving traditional food education, including by embedding those traditions in the K-12 curriculum, an effort the Muckleshoots have shared with surrounding tribal communities.

“I’ve worked with every tribe in the state of Washington on including a traditional food curriculum that’s focused on their traditional foods and their health benefits and effects,” she said, adding that growing one’s own food and controlling one’s cultural diet are important aspects of tribal sovereignty as a whole.

“It’s reminding me right now of how important it is to vote. I think of treaty rights the same way as our right to access our foods. If we don’t treat them as important as they are, we lose part of our culture, and it weakens our sovereignty,” Segrest said. “What’s the point in having a right if you don’t use it? It’s building a muscle and exercising your right to use it.”

“Every time you drink a cup of nettle tea, you’re strengthening your sovereignty,” she said.