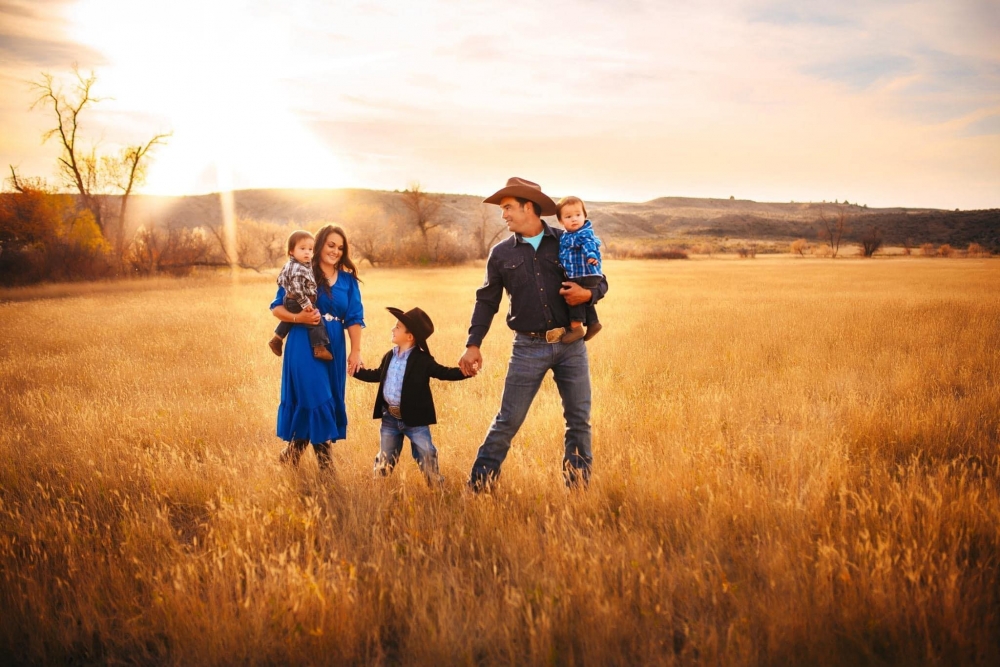 BUSBY, Mont. — After Melvin Small went to his “last camp” on Sept. 30 at the age of 95, many people on the Northern Cheyenne Reservation felt his passing might mark the end of the working cowboy era.

For more than 70 years, Small successfully built the Quarter Circle ZF outfit, which was well regarded by both Natives and non-Natives alike.

However, part of the rancher’s legacy will live on thanks to the efforts of his grandson, Sterling Small, whose S slash E Ranch leases approximately 5,000 acres of tribal range land.

“If there’s money in it, I ain’t seen it yet, but I get to ride the same trails as Grandpa, see the same country and live a satisfying way of life,” Sterling Small said.

His aunt and uncle Butch and Chris Small, who have been ranchers for more than 50 years, encouraged their nephew as much as possible in the business.

“You don’t go into ranching to get rich, you do it because of the heart,” said Chris Small, 72, who remains active in ranching.

Across America, it is becoming increasingly difficult to keep long-standing agricultural operations in the family. Inheritance taxes, financing, the rising cost of livestock and equipment and the sheer amount of hard physical labor deter many young people, who often find it easier and more consistently profitable to gain higher education and start a career in the city. Indeed, some members of the Small family took that route.

In the meantime, corporations and wealthy individuals are gobbling up significant amounts of agricultural land. According to a recent USDA census report, the total land devoted to agricultural use in America continues to decline, as does the number of farms, including ranches. In 2017 there were 2.04 million farms, a 2 percent decline from five years earlier.

Two-thirds of production came from farms making $1 million or more annually. The average income for a small rancher is $47,000, according to USDA.

Northern Cheyenne is typical of many rurally isolated Great Plains reservations in that it’s primarily dependent upon federal funding. Grass, water and land, primarily suitable for agriculture, are its primary natural resources.

The ranching community pays the lion’s share into the tribal general fund by leasing tribal lands and grass, according to the tribe’s finance department. But as more of the old timers pass on or retire and fewer young people take up the business, the tribal budget will be affected, especially since it’s unlikely that non-Native operators will consistently lease grass on the reservation.

As a profession, ranching requires a person to have a self-directed work ethic for physical labor in all sorts of weather conditions, according to Sterling Small. The reason is simple: The animals always come first. 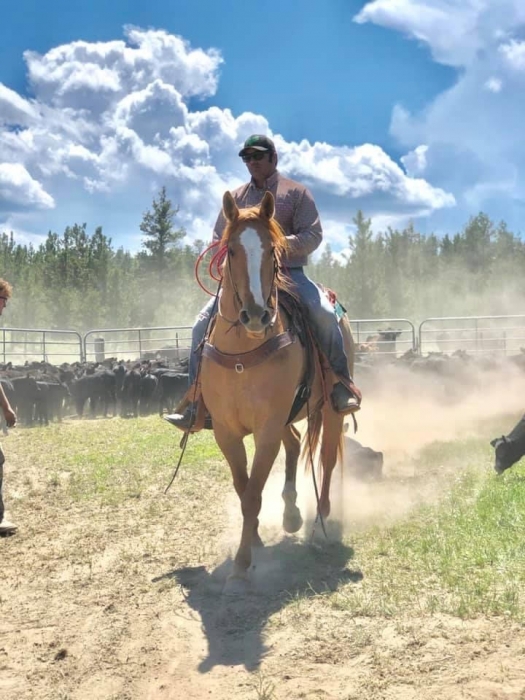 Such volunteer assistance demonstrates the neighborliness among ranchers, who trade in reciprocating favors, sources said.

For Small, learning to work came at a young age. During middle school, high school and during college breaks, he could be found in the saddle at the ranch, putting up hay and feeding it in the winter, fixing fencing, riding herd and a myriad of other seasonal ranching tasks.

“Ranching involves work, the animals, land and water and we are dependent on the market,” he said.

Attending college on a full-ride track scholarship for his hurdling at Boise State University, Small traveled to field and track competitions worldwide, narrowly missing an Olympic try-out because of a blown knee. He gained a degree in communications and business, but the ranch drew him back home.

“That experience took me away from the ranch, but not the ranch out of me,” he laughs.

Back home, where unemployment runs 50-70 percent according to tribal data, Small worked a variety of construction jobs and made a successful run for the Montana state Legislature, making history as the youngest person to do so. After serving as a State Representative from 2010-2012, Small then worked for several years as a tribal health director.

All the while, he saved money, built up credit, gradually obtaining cattle and tribal range leases. Finally, he took a big plunge and acquired the necessary bank financing to get a total of 300 pairs of cattle (mother cows and calves). According to industry standards, his operation is at the minimum size to make a living, but it’s also a significant investment to cover. Depending on market conditions, operations and replacement costs, it could take him up to ten years to repay the debt.

Additionally, as Small continues to grow his agricultural operation, the ranch also needs to add more help — all at a time when ranchers continually struggle to find experienced help.

“They can make as much flipping a burger, which is a lot easier,” Small said.

Small’s wife, Kaycee Small, maintains a full-time job as a travel coordinator for a nonprofit organization devoted to Native women’s issues. In between work and helping to raise the next generation of the Small family, she also pitches in on the ranch.

Like in most other ranching families, the Smalls say it takes a willing partner to share the dream — and the work.

“It takes at least one person to bring in a regular paycheck,” Sterling Small said. “We only get paid once a year — when our calves are shipped to market — so without extra income, there could be low cash flow from time to time.”

The Smalls are raising three sons: Issiac, 5, and twins Malachai and Gabriel, 18 months.

Even at a young age, the Smalls are grooming the boys to one day join the family’s legacy in ranching.

“It will be up to them, of course, but I hope at least one of them will decide to ride Grandpa Melvin’s trail,” Small said. “We’ll never get rich, but we are happy and content. And, if the S slash E steaks ain’t some of the best you’ve laid into, let me know.”

Clara Caufield, an enrolled Northern Cheyenne tribal member, is a freelance journalist and regular contributor and columnist for Native Sun News Today. She can be reached at [email protected].