Two tribes in Idaho and California were forced to close their casinos in recent weeks because of external cyber threats that targeted their computer systems. 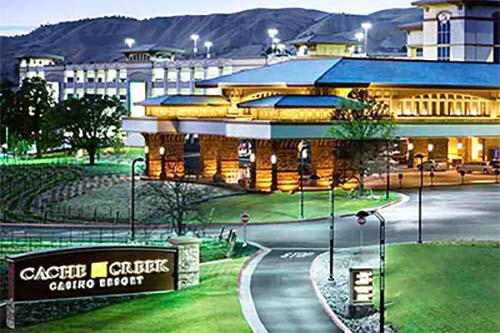 Most recently, the Nez Perce Tribe’s two casinos in Idaho reopened Monday after a cyberattack shut down both facilities Oct. 8, according to Nez Perce Communications Manager Kayeloni Scott.

The Clearwater River Casino & Lodge in Lewiston and the It’se Ye-Ye Casino in Kamiah both closed to the public following a computer system disruption later determined to be a cyberattack.

According to a statement, the 3,500-member tribe later determined that the attack encrypted data on the casinos’ networks, rendering them inaccessible. The tribe reset each of the affected devices, although the process took about a week.

“We are confident that no personal information stored in our systems was shared or compromised,” Kermit said in a statement.

Scott did not have an estimate for how much revenue was lost during the ten days of closure.

“We do have insurance for these types of situations, so as we move forward in the process, we’ll know more later on,” she said. “At this point it’s still under investigation.”

Meanwhile, the Yocha Dehe Wintun Nation’s Cache Creek Casino Resort in Brooks, Calif. also suffered “a major computer systems disruption” that resulted in the closure of the casino on Sept. 20. According to the Cache Creek Casino website, the company confirmed “an external attack on our computer network” and said its investigation remains ongoing.

The facility had a soft reopening on Oct. 12 and fully opened Oct. 13, according to local reports.

“In a year that’s been so full of ongoing challenges, I am grateful to put this temporary closure behind us,” Kari Stout-Smith, chief operating officer and general manager of the resort, said in a report by the Woodland Daily Democrat.

Cache Creek Casino committed to notifying guests and employees in writing if the investigation determines their personal information was exposed because of the breach.

“Unfortunately, and as reported in the news, these computer attacks are becoming increasingly frequent, with major banks, a large healthcare company and a well-known Las Vegas casino becoming recent targets,” according to a statement. “We will be stronger from this, and we will remain vigilant in protecting our operation from these network predators. We are undaunted in our commitment to the security of our organization and the future of our business.”