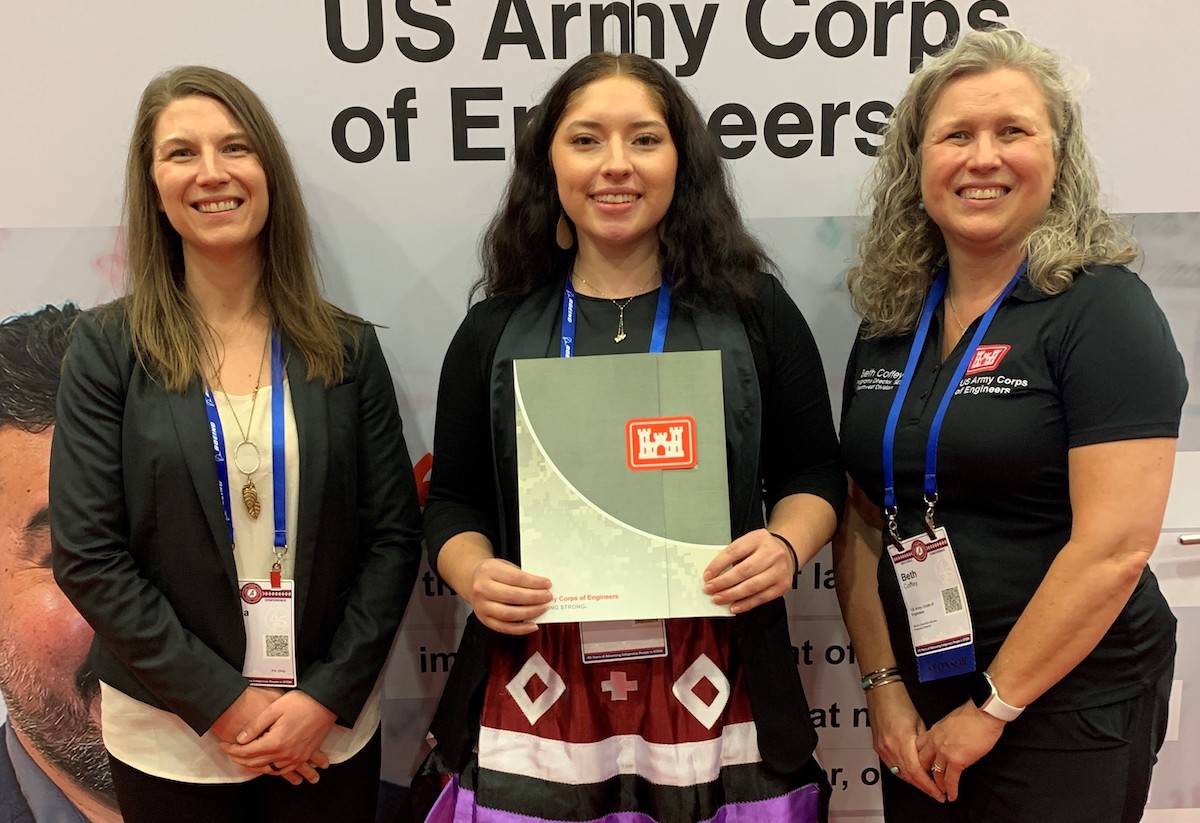 The U.S. Army Corps of Engineers and the American Indian Science and Engineering Society have signed a partnership agreement that provides Native American students with access to science, technology, engineering and math job and educational opportunities at the agency.

Under the memorandum of understanding, the USACE plans to better engage with Native Americans via job fairs, career days and engagement with employees, as well as offer access to the Corps’ projects, labs and research. The Corps also pledged as part of the MOU to do a better job of offering employment opportunities to Indigenous people.

“By signing this memorandum of understanding, we are literally opening the doors to the USACE,” Lt. Gen. Scott Spellmon, U.S. Army Corps of Engineers commanding general, said in a statement.

Spellmon signed the MOU along with American Indian Science and Engineering Society CEO Sarah EchoHawk, also highlighted the 3.5 million STEM jobs nationwide that need to be filled by 2025.

The Corps also noted that in addition to hiring underserved Americans, it was committed to offering contracting opportunities to Native American-owned businesses as part of its diversity and inclusion initiatives.

“We hope that access to our programs and people will help ignite a passion and a desire to pursue a career in engineering,” Jaime Pinkham, the principal deputy assistant secretary of the Army for Civil Works, said in a statement. “So, if our nation and the Army are going to keep up with demand, we need to ensure we’re recruiting the very best talent our country has to offer,”

The MOU deepens an ongoing relationship between the two organizations.

For example, the Corps actively recruited potential employees during the AISES National Conference, billed as the largest college and career fair for Indigenous STEM professionals that was held over three days in early October at the Palm Springs Convention Center in California. The Corps presented on the Tribal Partnerships for Water Resource Projects during the conference.

As part of the career fair, the Corps signed letters of intent to hire at least four Native people. The organization employs more than 32,000 people worldwide.