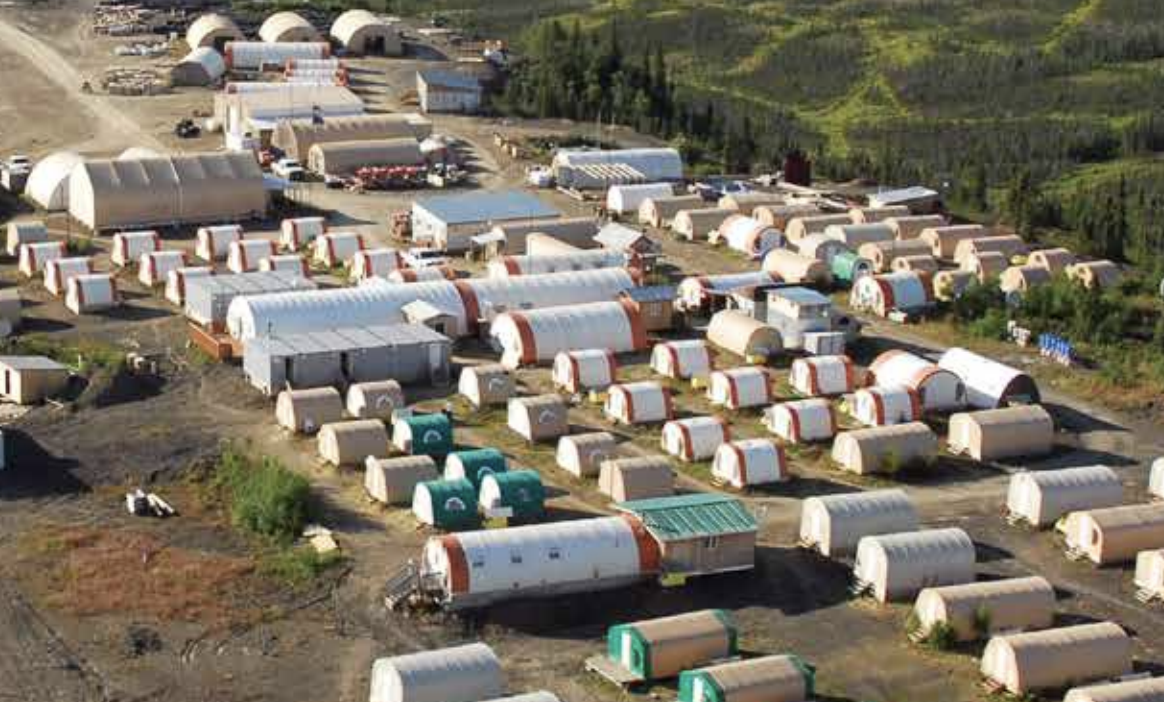 ANCHORAGE, Alaska — Tribal leaders from the Yukon-Kuskokwim Delta traveled to Anchorage on Oct. 19 to formally ask the Alaska District Office of the U.S. Army Corps of Engineers to permit for the proposed Donlin Gold Mine and conduct a supplemental Environmental Impact Statement (EIS).

The proposed Donlin open-pit pure gold mine would take shape along the headwaters of the Kuskokwim River, which supports a vibrant and intact subsistence-based culture that has thrived in the region for hundreds of generations.

The state issued a certificate of reasonable assurance to Donlin Gold LLC in 2018, which said the state had reasonable assurance the project would comply with state water quality standards. Despite opposition from tribal and environmental groups, the state reissued the certificate once in 2019, and upheld it twice in 2020 and 2022. The mine is projected to produce about 1.3 million ounces of gold annually over 25 years.

According to the EPA, construction of the mine would damage water, fish and game resources  and the subsistence lifestyle of the Yukon Kuskokwim River Delta.

“Today’s opportunity to meet with the Alaska District Office of the Army Corps, which has the

authority to determine whether or not Donlin is allowed to contaminate our lands, waters and air

with mercury and other poisons, was significant,” Anaan’arar Sophie Swope, director of the Mother Kuskokwim Tribal Coalition, said in a statement. “As Tribal nations we are calling on the Army Corps to put in place the protections the majority of Yukon-Kuskokwim residents are calling for, and to protect our ways of life by rejecting this ill-conceived, outdated proposal. We are hopeful that the Biden Administration will uphold its promise for environmental justice — which means to support the wishes of those closest to extraction projects, instead of sacrificing traditional ways of life for gold jewelry — and uplift Tribal sovereignty by revoking the Trump-era 404 permit under the Clean Water Act.”

In their letter to the U.S. Army Corps of Engineers formally requesting that the permit for Donlin be withdrawn and a Supplemental EIS process be initiated, the tribes wrote: “The final EIS itself is nearly five years old and critical data on which it relies is much older and was gathered without adequate tribal consultation. New information about current threats to Tribes, including climate change, erosion, and decimated salmon runs underscore the need for the Corps to address these factors now, to meaningfully engage with Tribes, and to ensure its analyses and decisions are based on the best information possible.”

Gavin Phillip, president of the Native Village of Kwigilingok, notes that climate change and erosion should be significant enough to warrant an updated EIS.

“In the five years since the EIS was finalized, salmon runs on the Kuskokwim River have

crashed. Donlin further threatens our salmon at their most vulnerable time in our history by

for mercury releases, major increases in barge traffic and the potential for catastrophic tailings

dam failure like we saw at the Mount Polley mine,” Phillip said in a statement. “Furthermore, climate change and erosion are occurring much faster in our region than Donlin’s old data predicts. We must take another look at how the proposed Donlin mine and its infrastructure will impact our environment.”

Notably, the mineral rights for the proposed Donlin site are owned by the Calista Corporation, an Alaska Native Corporation that represents dozens of villages and thousands of Alaska Natives in the region.

Previous executive orders from the Biden Administration have charged all executive departments with engaging in “regular, meaningful, and robust consultation” with tribes and to address environmental injustice and climate change.

“Meaningful Tribal Consultation on this project has yet to occur,''  Swope said in a statement. “It is our hope that the Corps and the Biden Administration will make good on their promise to strengthen Nation to Nation relations with our Tribes and to work with us to fortify climate resilience for our communities by protecting our subsistence resources that depend on intact watersheds and unpolluted lands and waters in the Kuskokwim Region.”

The full list of tribes formally opposed to Donlin Gold by adoption of resolution includes: