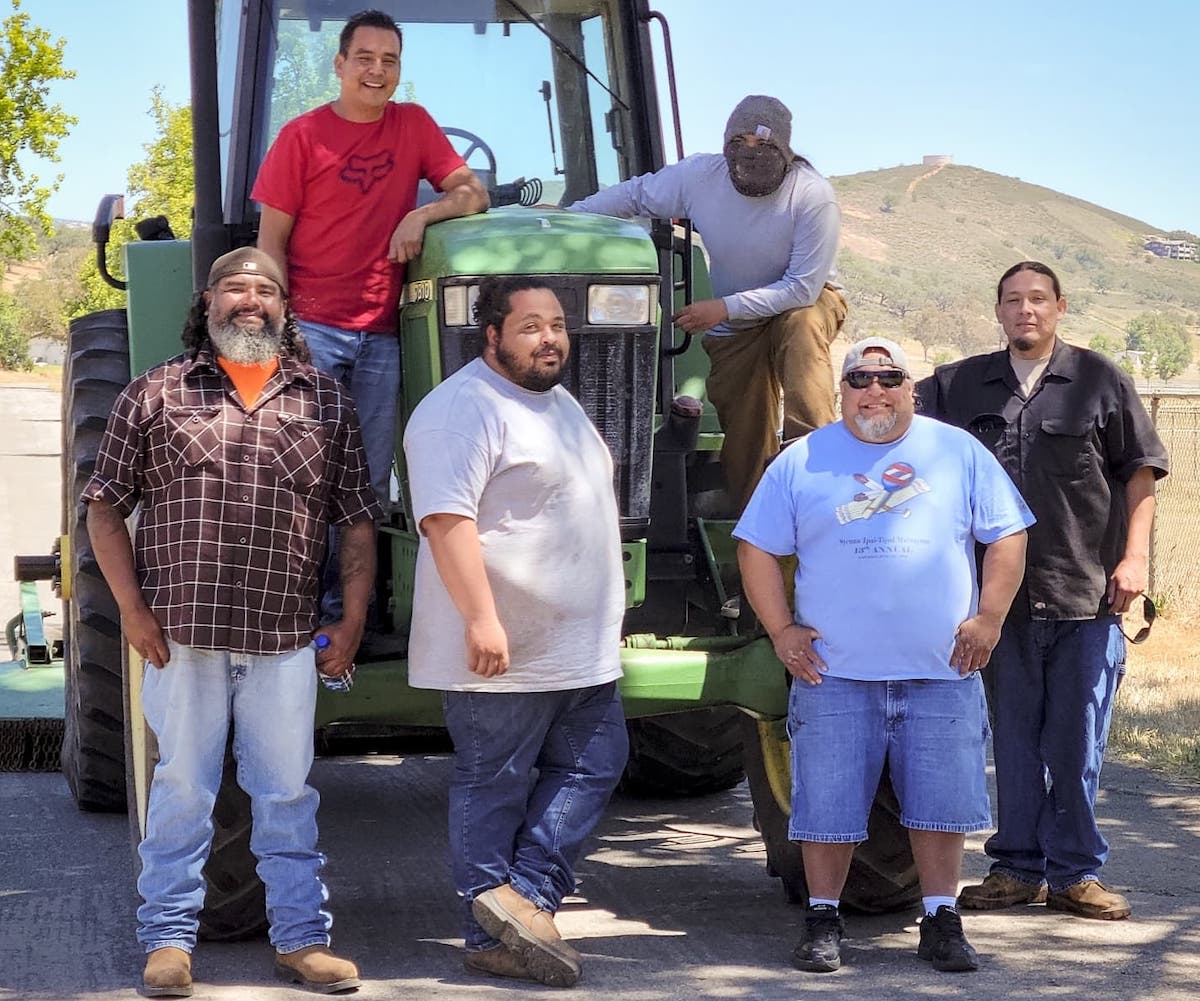 RAMONA, Calif. — In the language of the Mesa Grande Band of Mission Indians, the words for “body” and “land” are the same.

That makes the tribe’s renovation and development of Golden Eagle Farms, one of the first projects under the Mesa Grande Business Development Corp., a symbolic gesture as much as an economic one.

“That, for me personally, is the driving force for the work I’m doing: Take care of the land that takes care of the people,” said tribal member Essence Oyos, who serves as secretary for the San Diego County, California-based Mesa Grande Business Development Corp. “This is partly about taking that land back.”

The Mesa Grande BDC bought Golden Eagle Farm in 2017 from its prior owners, the Mabee Family, who used the 560 acres of land for horse breeding and training facilities. After the decline of the racehorse industry in the early 2010s, the family eventually sold the property to the tribe, who took it on for use as an economic development venture.

The BDC formed in 2017 and took around a year to get its footing before starting renovations and repair on the largely disused farmland and facilities, Oyos said.

“The farm had been unoccupied for roughly 10-15 years. It needed a lot of cleanup and a lot of repairs because of the lack of occupancy,” Oyos said. “There were a lot of things that needed repair and still do, and so we’re working on getting some of the structures sound and operational.”

Those structures include three houses on the property, which the Mesa Grande BDC plans to rent to vacationing families. One home has been completely renovated, while two others remain under repair.

The homes, which house up to 15 people each, provide an opportunity for the tribe to build a “guest experience” around visiting San Diego County, Oyos said.

“We’re aiming to turn it into unique vacation rentals. We’re hoping to create some sort of experience for the guests that visit,” Oyos said. “We’re excited to get those started hopefully in the next few months.”

Once the rentals get up and going, they’ll participate in the Indigenous tourism industry, which in the U.S. generates roughly $14 billion in annual economic activity, according to a 2021 report from the American Indian Alaska Native Tourism Association (AIANTA).

The report found that one in four Native-owned businesses are directly or indirectly supported by the tourism industry. As well, the 40,6218 Native-owned hospitality businesses provide 117,852 jobs nationwide, according to AIANTA.

The Mesa Grande tribe’s lodging business is one of several economic ventures in the works for Golden Eagle Farms, Oyos said. She pointed to a 5-acre “demonstration garden” meant to showcase the range of sugar snap peas, strawberries, zucchini and chili peppers the tribe plans to produce, as well as 20 acres for farm-to-table produce like lettuce, kale and tomatoes. 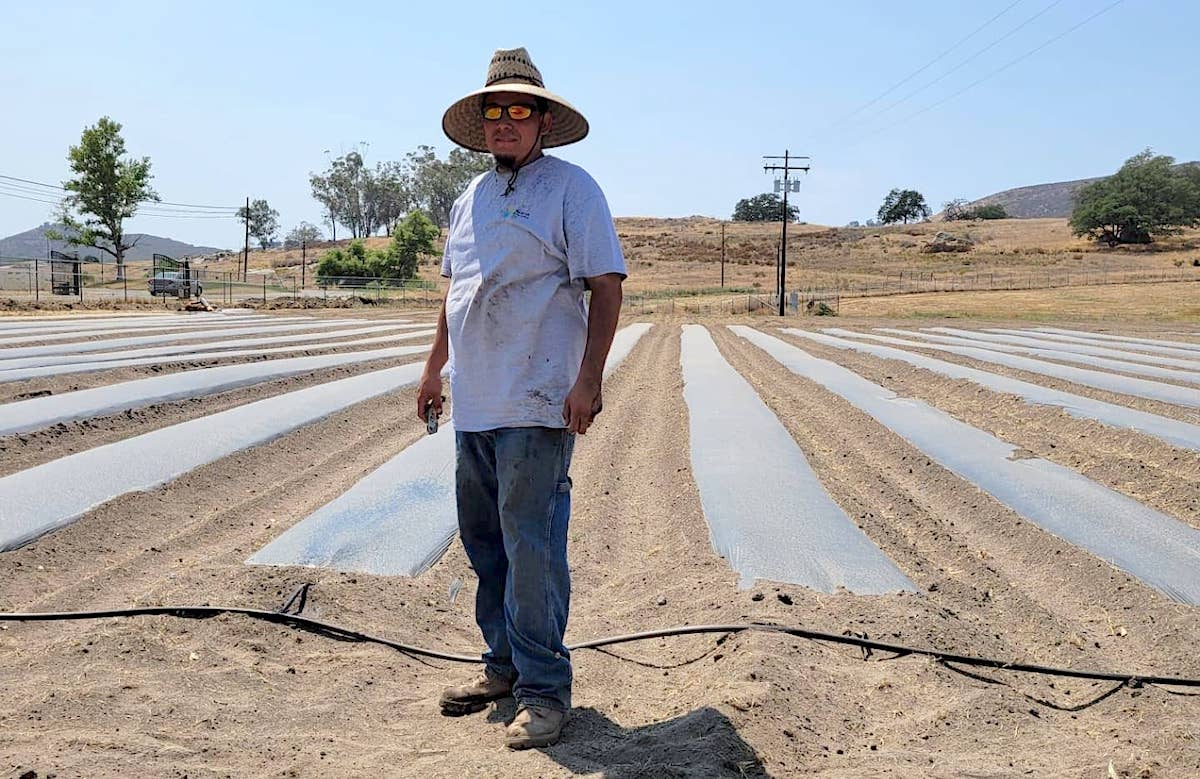 Mesa Grande Business Development Corp.’s plans for Golden Eagle Farms include a 5-acre “demonstration garden.” (Courtesy photo)Much of the tribe’s initial crop went directly to tribal members or to a food bank in the nearby community of Ramona. In the near future, the tribe will open a produce stand, and use its strawberry patch (via a pick-it-yourself service) to join the agritourism businesses prevalent in Ramona and the nearby town of Julian, Oyos said.

As well, the tribe also aims to make use of the Natural Resource Conservation Service’s Environmental Quality Incentives Program, an initiative of the U.S. Department of Agriculture, to build high tunnel greenhouses on the property as a later expansion.

“We decided that creating an organic produce garden on the farm was one of our best options for not just community building but economic development because the Ramona area is agritourism basically,” Oyos said. “We wanted to take part in participating in what the community is already providing to its visitors, and also to sort of help the community remember that we’re still here.”

When the tribe purchased Golden Eagle Farm, it retained the farm’s sole remaining employee. As renovations have continued, employment has expanded to 12 people on the farm, as well as a management team at Mesa Grande BDC.

“Really, we couldn’t be doing what we’re doing without the amazing team,” Oyos said. “We have an awesome consultant that has really helped us in outreach, in finding resources, and she has been our primary grant writer. So not it’s just our management team and board of directors, but also those who are on the ground doing the heavy lifting, so to speak.”

Oyos declined to share how much the tribe has spent so far on Golden Eagle’s renovations, but noted the revenue goal for the short term is simply to recoup those costs and build from there.

Much of the farm’s startup capital stemmed from grants from organizations like First Nations Development Institute, which provided $60,000 in funding, Oyos said.

“We’ve been able to access some amazing resources to help offset the costs of employee wages,” Oyos said. “First Nations and these other groups have really been instrumental in supporting a lot of our farm operations.”

Golden Eagle Farm has been a fixture in San Diego County for “decades,” Oyos said, and under the Mesa Grande BDC’s stewardship, the tribe hopes to preserve that legacy as well as their own.

“We want it to be a resource for the rest of the Ramona community, because the legacy of the prior Golden Eagle Farm was just legendary. Just about every contractor I’ve spoken with knew the Mabee family and used to work there,” Oyos said. “Everybody’s got a story about the Golden Eagle before the tribe purchased it, and so we want to make something the Ramona community can be proud of.”