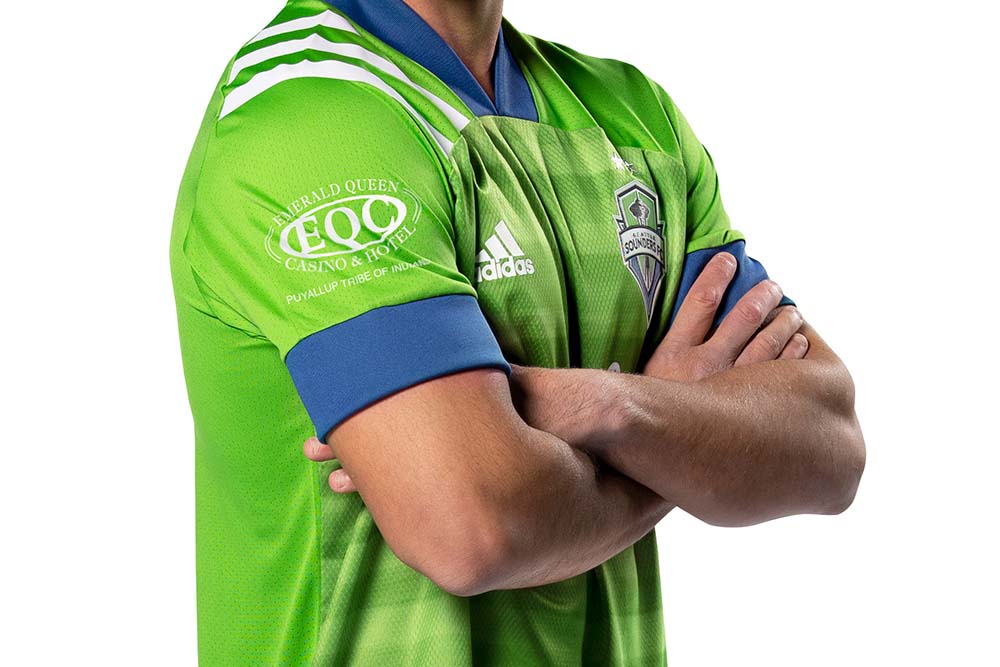 SEATTLE, Wash. — The Seattle Sounders Football Club and the Puyallup Tribe are teaming up to empower Pacific Northwest communities and make soccer accessible to all.

The football club announced last week that the tribe’s Emerald Queen Casino is now the club’s official casino and entertainment partner through 2027.

The most visible aspect of the collaboration are patches on the right sleeves of player’s jerseys incorporating the EQC logo and the tribe’s emblems, which will put the partnership on display during games.

The partnership will also elevate the exposure of the tribe and the casino through promotion on TV and social media on match days.

Community is also a vital aspect of the partnership, which will see the Puyallup Tribe working in tandem with the Sounders’ social justice arm, which fights racism, removes barriers that make participating in soccer difficult for certain communities, and enhances environmental sustainability through a variety of projects.

“The Puyallup people have been an integral part of the Puget Sound region since the very beginning, and as a leading Coast Salish tribe, their proud history and dedication to the area continues to this day,” Sounders FC President of Business Operations Peter Tomozawa said in a statement. “In partnering with the tribe and EQC, Sounders FC is continuing its commitment to aligning with partners that share our core values, including furthering equity across Puget Sound.”

Tomozawa added the partnership’s goals include empowering youth by strengthening them through soccer, and improving the health and wellness of Pacific Northwest communities by leveraging the power of the Puyallup Tribe and the Sounders, who are also known as the Rave Green.

“This partnership is one based on mutual values and goals, particularly relating to bettering the communities that we live, work and play in,” Wright said in a statement. “One of our most important cultural principles as a tribe is that of being welcoming and inclusive, and we know that the Sounders also live this belief. We’re looking forward to utilizing EQC’s new relationship with the team to deepen our roots within sports entertainment, strengthening soccer across the region and creating opportunities to give back.”

Meanwhile, the Puyallup Tribe and its subsidiaries serve collectively as the fifth-largest employer in Pierce County, Wash., and generate nearly $700 million in revenue each year. The Emerald Queen Casino, which opened in 1996, operates a location in Fife, Wash. that opened in 2004, and a new $400 million facility in Tacoma that opened in summer 2020.

The Puyallup isn’t the only tribe diversifying its marketing with sports organizations. The FireKeepers Casino Hotel, the gaming enterprise of the Nottawaseppi Huron Band of Potawatomi, has been the title sponsor of the FireKeepers Casino 400 NASCAR Cup race race since 2016. Last October, the casino signed a three-year extension to sponsor a NASCAR race at Michigan International Speedway, as Tribal Business News previously reported.