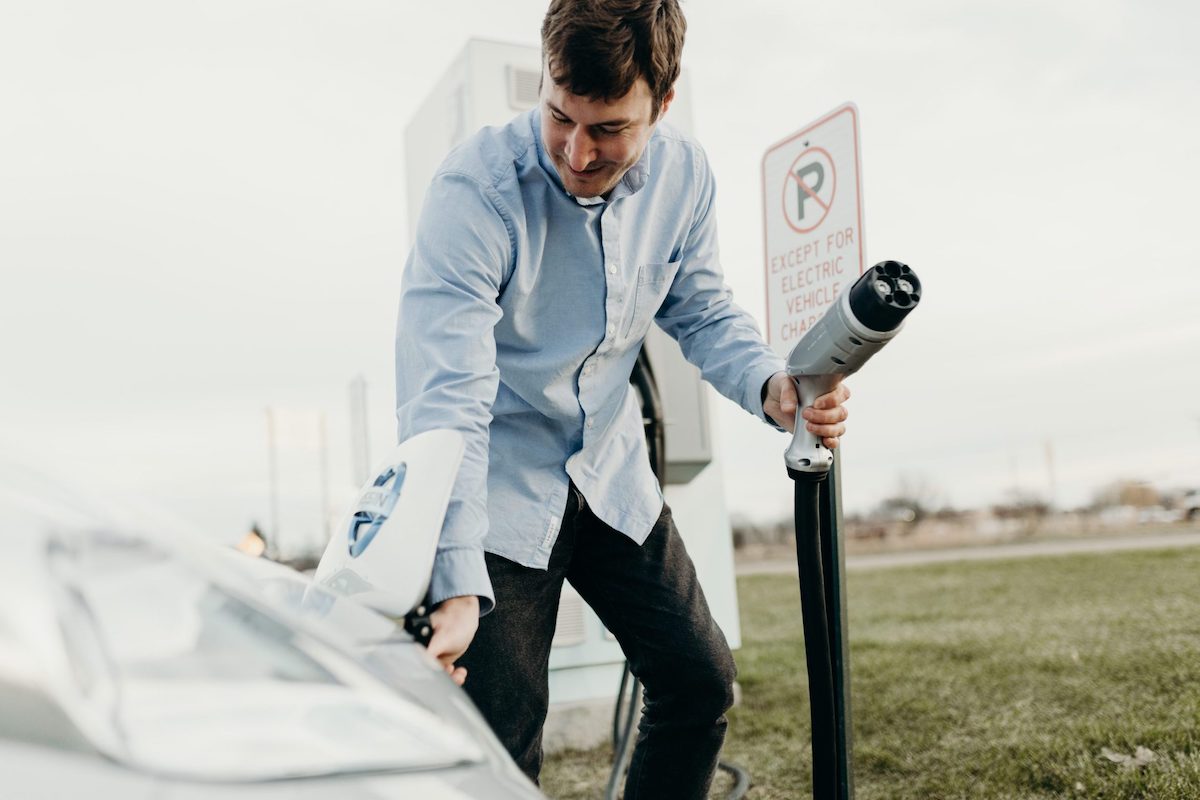 Bob Blake is executive director of the nonprofit Native Sun Community Power Development and a member of the Red Lake Band of Chippewa (Ojibwe) Indians in northwest Minnesota. His organization will share a new $6.7 million federal award with another group serving the Standing Rock Indian Reservation, a few hundred miles southwest along the North and South Dakota border.

The money, from the U.S. Department of Energy’s Vehicle Technology Office, will be used to purchase vehicles for both tribes, as well as to install more than 120 charging stations linking tribal lands, tourist byways and regional hubs.

The project brings potential economic benefits, a chance to improve energy self-sufficiency, and a “different narrative” for communities that have been consumed by pipeline protests in recent years, Blake said. Standing Rock was the site of massive 2016 protests against the Dakota Access Pipeline, and Red Lake was a focal point in this year’s fight against Enbridge's recently completed Line 3 replacement project.

The EV infrastructure is part of a larger strategy to move to self-power the reservations with wind and solar. The Red Lake Band has several solar installations on government buildings installed by native contractors led by Blake and solar entrepreneur Ralph Jacobson. A Standing Rock entrepreneur built North Dakota’s first major solar array, and the tribe's renewable energy authority is raising money for a 259-megawatt wind farm.

Clean energy jobs and training could help Standing Rock's struggle with high poverty and unemployment rates, said Joe McNeil, general manager for the Standing Rock Renewable Energy Authority. Chargers at casinos would serve the growing number of visitors driving electric vehicles, he said. Standing Rock may buy electric buses to shuttle people around the reservation but will not use them to pick up casino patrons in Bismarck or Fargo because charging could cause timing issues, he said.

“It's going to be an economic force, especially in these impoverished areas,” Blake said.

The grant money will also be used to purchase 19 electric vehicles for use by tribal governments and pay for outreach that includes 52 events over the next three years. Blake said the vehicles would consist of school buses and public transit vehicles to transport tribal members to medical or other appointments within the reservation. The tribes and several partners will study how they operate in a climate that can be severely cold in winter.

Hoye said the inter-tribal network will invest significantly in fast chargers instead of slower and more common Level 2s in the Upper Midwest. The faster chargers, she said, will better meet consumer expectations. As Minnesota's charging network enters a second phase, money from the tribal network could enhance existing charging hubs and make them “faster chargers or even ultra-fast chargers,” Hoye said. “There's an opportunity for a kind of synergy.”

The inter-tribal network brings other benefits. Hoye said the network will help, especially in North or South Dakota, neither of which have well-established charging networks. The plan calls for some Level 2 chargers at government buildings in preparation for potential fleet electrification.

Lester Shen, senior research engineer at the Center for Energy and Environment, worked on the grant and will assist with data collection. The routes chosen for charging hubs connect lesser served areas that should spur greater EV adoption and match well the Biden administration's efforts to spread transportation electrification to even remote outposts, he said.

Among the barriers to more EVs has been a lack of chargers and the distance between them, Shen said. However, the investment in chargers allows drivers more options in remote areas. “The reality is transportation drives the economy,” Shen said. He added that the investment should also spur more community college training to prepare students for jobs in the industry.

Both Blake and McNeil agree that EVs offer training and employment opportunities. They have been working with local tribal community colleges on wind and solar jobs training and have plans to ask them to add EV courses. In addition, McNeil wants a local community college involved in data collection on vehicle performance that the tribe can share with car dealerships in the region selling EVs.

Jon Hunter, senior director of clean air at the American Lung Association, also worked on the grant proposal. He said challenges remain, including a need to ensure tribal chargers will not overlap but augment the charging plans developed by Minnesota Power and Otter Tail Power. These utilities serve areas where the tribes may want to operate chargers.

The proposal also has environmental benefits. “This is a great opportunity to demonstrate the benefits that electric vehicles offer to drivers and fleets while also reducing harmful tailpipe emissions that can cause problems for people with respiratory diseases like asthma and chronic obstructive pulmonary disease,  which are often more common in Indigenous Peoples,” Hunter said.

Since the Dakotas stand near the bottom in EV adoption rates and rural communities have yet to embrace EVs, outreach will be a priority for the project. Hunter said the American Lung Association would support the tribal outreach efforts as the project moves forward through ride-and-drives and other activities.

For Blake, the pipeline protests served a purpose in enlightening people to the environmental degradation and continued reliance on fossil fuels that result from pipeline construction. Now, he wants the EV project to fight climate change in a different way. “This is about jobs, workforce development and giving people opportunities they never had before,” he said. “Those tangible things, to me, are very, very important.”

This article first appeared on Energy News Network and is republished here under a Creative Commons license.