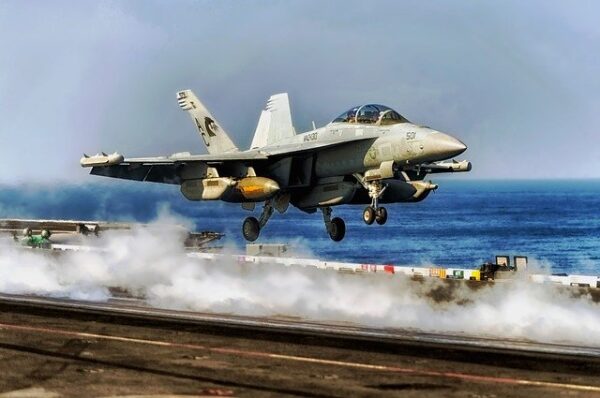 Under the 10-year contract, Cherokee Federal Red Wing, a subsidiary of Cherokee Nation Businesses, and other partnering organizations will work with the U.S. Navy’s Commander, Fleet Readiness Centers (COMFRC) to overhaul aircraft components and subsystems and supply maintenance and support personnel, according to a statement.

Services could include aircraft modifications, downed aircraft recovery, aircraft and engine repairs and overhauls, and maintenance, whether on land or at sea.

“We look forward to partnering with COMFRC in its mission to provide these important services and products to the Navy and appreciate their ongoing commitment to small business,” Cherokee Federal Executive General Manager Chris Moody said in a statement.

COMFRC serves as the Navy’s shore-based aviation maintenance service provider, with a mix of some 16,000 military, civilian and contractor professionals who “deliver safe and effective airborne platforms and ground equipment to the Sailors and Marines,” according to the division’s website.

The Navy maintains eight Fleet Readiness Centers, including on both U.S. coasts and in Japan. The centers annually overhaul and repair approximately 1,000 aircraft, plus engines and components valued at about $4 billion, according to COMFRC.

Cherokee Federal rebranded in March from CNB diversified businesses “to better align our current and future endeavors with our esteemed government customers,” President Steven Bilby said at the time.

The company, which employs more than 3,000 people through various subsidiaries, manages nearly 1,000 high-skilled projects for more than 60 government agencies.

Since 2012, Cherokee Nation Businesses’ government and commercial contracting companies have secured in excess of $5 billion in contracts, or 42 percent of the overall revenues for the tribe’s economic development arm, according to a statement.