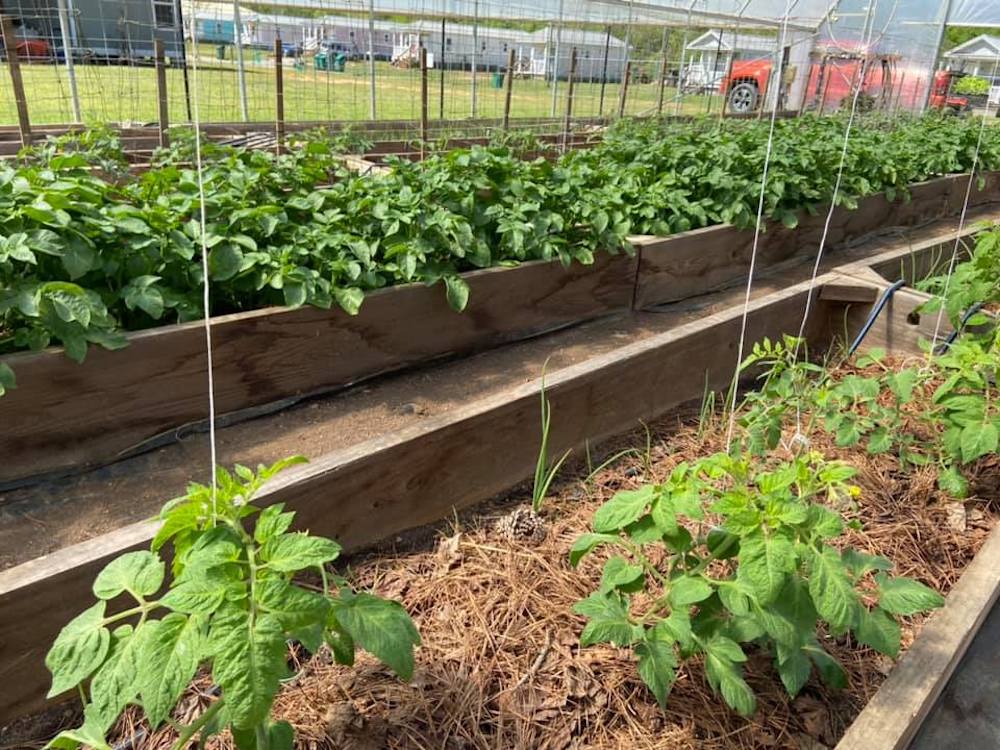 CHOCTAW, Miss. — What began as a new revenue source for the Mississippi Band of Choctaw Indians in 2012 has since expanded into a multi-farm operation focused on solving a major problem for many Choctaw: accessibility to fresh, healthy food.

Choctaw Fresh Produce is spread across 12 high-tunnel buildings and four mini-farms, where it grows a variety of “culturally significant” foods so that Choctaw tribal members, especially students and elders, can have them without need for a long drive or high prices.

The operation grows a range of vegetables, including tomatoes, squash, cucumber, blueberries, and “tomato berries,” a hybrid between cherry tomatoes and bigger tomatoes.

Bell noted the organization has a focus on sustainable farming, such as cutting produce instead of removing it from the ground entirely so that the remnants provide nutrients for the soil.

“We’ll let our land rest for a good month or two before starting our season’s harvest,” Bell said. “We usually like to cover our crops. We cut down our produce and let it nourish the land for the next harvest.”

The mini-farms are located near schools for easy access to farm tours for students, and all of the high tunnels are built within 30 miles of the organization’s headquarters on the Choctaw reservation.

Choctaw Fresh invites the community to participate in harvests and organizational events. If someone can’t make it to the market, Choctaw Fresh will bring the market to them.

“We do utilize our mobile market, so people that can't come to our location, we make ourselves accessible by actually traveling to that community as well,” she said. “We’ve partnered with our tribal food distribution program, too, so that we can give people produce that way.”

While the business still generates revenue by selling to local grocery stores and some non-Native buyers, the company aims to convert from a tribal business enterprise to a nonprofit organization in the near future, Bell said. (While Choctaw law already recognizes Choctaw Fresh as a nonprofit, the organization still needs to complete its federal paperwork, she noted.)

Moving to a nonprofit model has opened up new funding opportunities and broader work with the U.S. Department of Agriculture, Bell said.

“It gave us access to grants we wouldn’t have the chance for,” Bell said.

The transition marks a complete shift from Choctaw Fresh’s origins as a supplier for the tribe’s casinos. The business first came to fruition as a “compromise” between produce salesman Dick Hoy and the casinos’ kitchen staff as a way to offer fresh produce at the tribe’s restaurants and employee dining rooms, Bell said.

In March 2020 when the pandemic led to shutdowns of the tribe’s casinos, the organization was left with a surplus of produce, as well as a population facing further food insecurity thanks to lockdowns and supply chain disruptions.

As Tribal Business News previously reported, a multi-organization survey and report on food insecurity in Indian Country found that nearly 48 percent of respondents didn’t have secure, consistent access to food during the pandemic.

That survey, with 504 respondents across 34 states, also found that food insecurity in households with children was greater at 59 percent.

“When COVID hit, it put us in a bind. The casinos were shut down, the whole tribe was shut down, and yet Choctaw Fresh was still working,” Bell said. “We planted all of this food, we had to do something with it.”

The solution was to begin providing “low-cost support” to the Choctaw community, such as bringing boxes of produce to quarantined tribal members.

The distributed surplus ameliorated short-term food shortages, but also highlighted how Choctaw Fresh could expand its partnerships past tribal casinos and into the surrounding communities, according to Bell.

“Our tomatoes almost hit 11,000 pounds, so that helped us feed a group of nearly 11,000 enrolled members,” Bell said. “We have our food distribution, why not partner with them? We’re able to partner with different programs with our health center. It made sense for them to buy fresh produce from us if a lot of tribal members needed help.”

Executives said that in the wake of that shift in model and mission, it made sense to seek nonprofit status to access additional funding for Choctaw Fresh initiatives and tribal programs.

“We initially just presented the paperwork earlier this year, but we’re hoping it will be finalized in September,” Bell said. “Then we can work from there.”