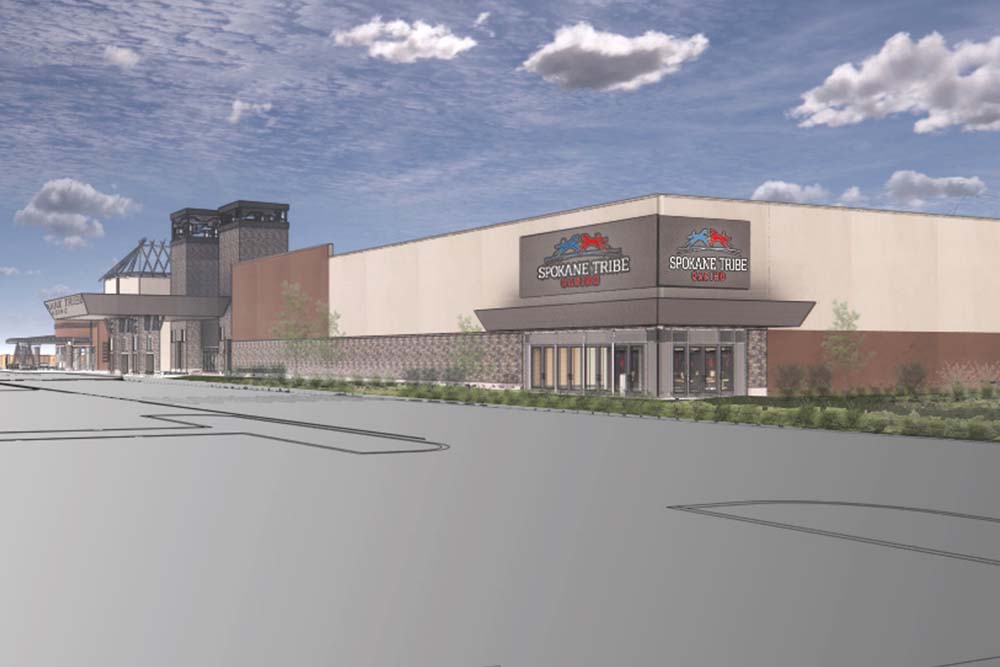 Earlier this month, the tribe launched the second phase of a three-part expansion project at the casino in eastern Washington.

Scheduled to be completed by the end of next year, the expansion will add 20,000 square feet, doubling the current facility’s size, and allowing for more gaming amenities, a sports betting area, larger non-smoking sections, a bigger casino floor bar and a new restaurant.

The project will also provide employment for more than 300 people.

“What we’re most proud of is that we’re creating jobs. This is a tribal casino and we follow tribal employment preference,” said Javier De La Rosa, general manager and senior vice president at Spokane Tribe Casino. “We’re going to be adding as many as 170 direct casino jobs, plus an additional 150 or so on the construction site.”

De La Rosa declined to provide a cost estimate for the project.

De La Rosa said most of the changes are a direct response to guest input, like complaints about limited space, and high interest in new machines and experiences.

Among the expansion enhancements will be a sportsbook section, which is new to the state of Washington after the passage of a law legalizing sports betting last year.

“Right now, we’re in the middle of adding an addendum to the compact between the state and the tribe,” De La Rosa told Tribal Business News. “As soon as that’s done, we feel confident that we’ll be operating by the end of March or so at the latest.”

De La Rosa added that the expansion was originally supposed to begin in March 2020, but the COVID-19 pandemic put the project on pause.

“It came to a halt for obvious reasons, but we were ready to go. Financing was ready and everything,” he said. “We simply put it off for as long as we didn’t feel comfortable with COVID going on, and then when we thought it was fairly safe to go out and resume operations and construction (we started on the project).”

The Spokane Tribe Casino, which was closed between March and May, is still doing brisk business during the pandemic because of a number of factors, according to De La Rosa.

Still, De La Rosa believes the casino would be even more profitable if local small businesses were thriving.

“If you go down Highway 2, there are dozens of small businesses and they’re all closed. A lot of those owners and operators are our customers,” De La Rosa said. “They’re not operating and they’re not getting any income.”

In the meantime, the Casino operators are taking careful measures to protect their guests.

“We installed dividers with plexiglass at every machine and gaming station. We take temperatures coming in. We require guests to wear masks while on the casino floor, no exceptions,” De La Rosa said. “We’ve removed 50 percent of our tables and chairs in the restaurants and bars. We did all kinds of things.

“As far as the construction side of the expansion, we’re relying on Swinerton Builders to make sure that those guys are protected as well.”

The Spokane Tribe of Indians, which is headquartered in Wellpinit, Wash., has about 2,900 enrolled members. In addition to the Spokane Tribe Casino, the tribe also operates the Chewelah Casino in Chewelah, Wash., about 50 miles north of Spokane.