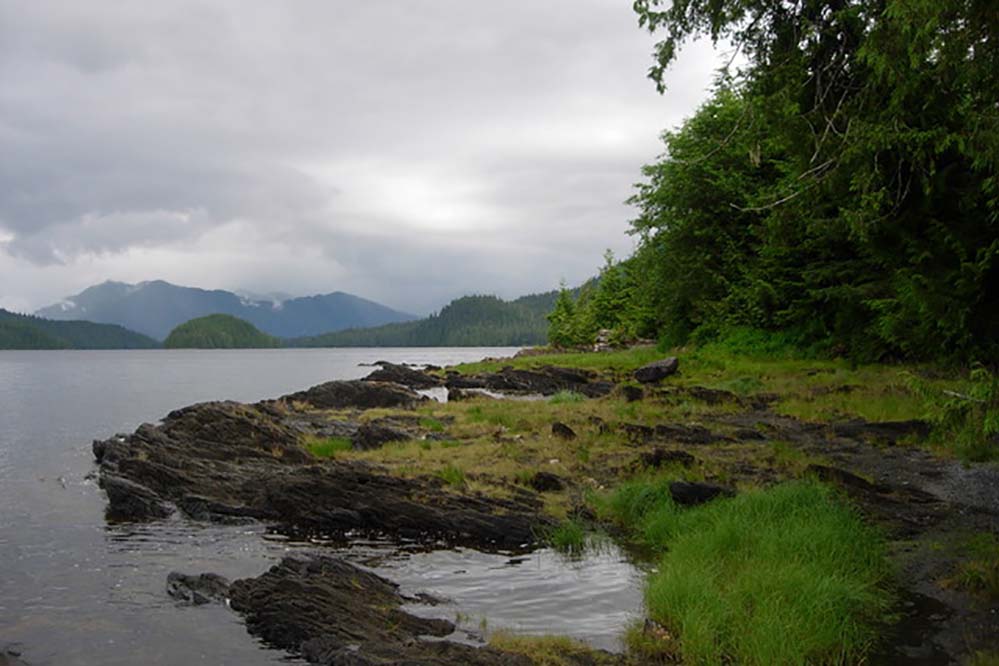 In October 2020, tribes in Southeast Alaska petitioned the U.S. Department of Agriculture to expand long-standing tribal consultation rules and aimed to require the agency to consult with them on land use decisions.

The move was an attempt to rein in former president Donald Trump’s rollback of “Roadless Rule” protections around the Tongass National Forest, the largest contiguous forest in the United States. Those protections prohibit road construction, reconstruction and timber harvesting in designated areas, which the Trump administration sought to strip away.

In addition to concerns about the environmental and cultural effects of timber harvesting in the Tongass, the tribes said the Trump administration’s actions called into question the meaning of long-standing tribal consultation rules.

But despite immense tribal opposition and public opposition, the USDA eventually exempted the Tongass from Roadless Rule protections.

Fast forward to summer 2021, and the Biden administration aims to have the USDA reinstate those original protections. The agency, now under Agriculture Secretary Tom Vilsack, promised to end old-growth timber harvesting in the Tongass National Forest and consult with tribes on how best to bring the forest into the agency’s new Southeast Alaska Sustainability Strategy.

Organized Village of Kake President Joel Jackson said the USDA sat down with some of the tribes involved in the original  Tongass petition — after issuing a press release detailing the actions — to discuss the next steps in rolling back the exemptions. Jackson described the meeting as a “meaningful consultation” with the tribes “expressing what we wanted and how we wanted it.”

“This is the very first time in history that I’ve seen — and I’ve been on a tribal council for more than 30 years — that we sat down and had meaningful consultation with these people,” Jackson said. “All the years before that, they basically told us what they were going to do.”

Still, tribal advocates note the agency should have consulted the tribes first, and they point to the order of engagement as exemplifying a disconnect between the intent of tribal consultation rules and the actual results.

Gary Morishima, a natural resources technical adviser for Quinault Nation who is familiar with the tribal issues involving Tongass but is not directly involved, said that agencies like the USDA fail to respect the sovereign relationship between tribes and the federal government when they do not involve the tribes from the start in their decision-making process.

“Consultation should be a starting point where you share your concerns and perspectives and ideas through a sovereign to sovereign relationship,” Morishima told Tribal Business News. “The way it’s being implemented, agencies retain all the decision authority. It’s more of an agency checking off the box without there being any meaningful opportunity for dialogue or reconciliation of differences.”

Tribal consultation was first formalized in 2000 under an executive order from former president Bill Clinton. Under the executive order, Consultation and Coordination with Indian Tribal Governments, tribes are recognized as sovereign governments to be dealt with on a government-to-government basis.

Morishima said that has rarely been the case. Instead, a bevy of separate agency policies regarding tribal consultation and a general misunderstanding of tribal sovereignty has rendered much of that order effectively toothless.

“Consultation is not really treated as part of the government to government process,” Morishima said. “Instead, it’s really a tribe to agency process, in that each federal agency is required to have its own consultation policy. From the tribal side, tribes are really in the position of having to understand and work within each consultation policy, and reconcile any inconsistencies and conflicts between what the agencies are trying to do.”

Each agency may have different requirements or timelines, forcing tribes to become familiar with a vast array of different rules. Moreover, tribes are often brought in to comment on existing legislation or to tweak final decisions, rather than to formalize policy directly, Morishima said.

Morishima’s assertion is borne out in a 2019 Government Accountability Office report, which found through interviews with 57 tribes that many felt underrepresented in conversations with federal agencies. Among the report’s recommendations, which include efforts such as better documenting agency policies and considering tribal input for the 21 involved federal agencies, 11 remain unresolved.

The same report notes that only nine of the federal agencies also had consultation policies with Alaska Native corporations, which Mike Williams, chief of the Yupiit Nation at Akiak Native Community, said play a large role in tribal decision making in Alaska.

“The tribes’ lands are being managed by ANCs, and I think the federal government’s policy on government to government (consultations) with each federally recognized tribe is something that needs to be respected,” said Williams, speaking broadly about consultations pertaining to federal actions in Alaska. “Up to this date, they have not. We’ve been consulted for a long, long time, but those consultations need to be meaningful.

“They cannot make the decision and then consult with the tribes. Before they make those major decisions, the federal government needs to consult with each federally recognized tribe and make that meaningful.”

Tribes and Native-led organizations in various sectors have also said they’ve been left out of initial drafting processes until the last minute.

A July 26 report from Tribal Business News described confusion about the number of consultations — and, consequently, the amount of input — between tribes and the U.S. Office of Management and Budget. In that instance, tribes expressed confusion as to what counted as official consultations, ranging from a phone call to Navajo administration to more formal meetings.

A July 12 report noted that tribal officials described a lack of meaningful consultation between the U.S. Department of the Treasury in administering and managing $20 billion in American Rescue Plan funds, continuing a trend that began with the administration of CARES Act funding.

An April 21 story found that Natives working in the financial sector were upset by rules regarding guidance for the Indian Business Incubators Program, which did not do enough to ensure Native ownership and leadership of incubators supported by the program.

“The bottom line is Native folks can and will consistently make the best decisions for their own people,” Native CDFI Network Executive Director Jackson Brossy said in that report. “It’s not our belief that we should rely on other decision makers to make those decisions for Native folks.”

That sentiment is central to the ongoing issues, according to Morishima: Currently, consultations treat tribes more as people who need to be taken care of, rather than fellow sovereign governments.

“The tribes should be determining for themselves what’s in their best interest rather than having an agency decide that for them,” Morishima said. “The relationship was founded primarily upon concepts of paternalism, where tribes were not really viewed as able to make decisions in their own interest, so the government says ‘we’ll do it for them.’”

Ultimately, agencies should be treating tribes as equals, not telling them what to do, Morishima said.

“Around here, we say BIA doesn’t stand for Bureau of Indian Affairs, it stands for ‘Bossing Indians Around,’” he said.

--
EDITORS’ NOTE: This story has been updated from its original version.