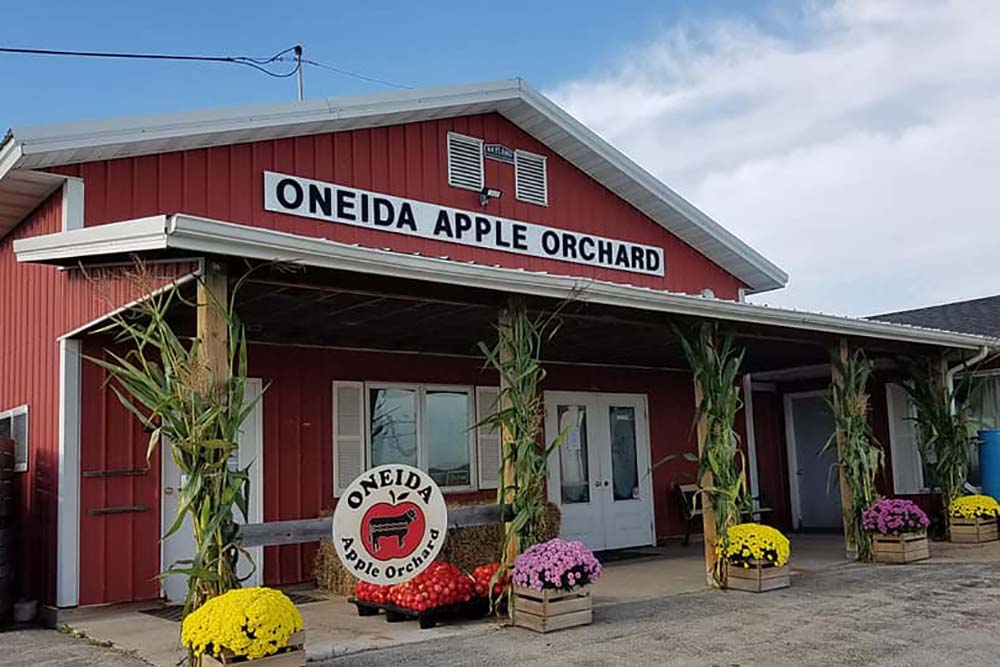 In the rustic and inviting Séka Hills Tasting Room on Yocha Dehe Wintun Nation in Northern California, guests sample tribally made extra virgin olive oil like one would sip fine wines at a tasting in a nearby Napa Valley vineyard.

This elegant merger of the fruits of the tribe’s olive groves with a one-of-a-kind visitor experience is a ripe example of tribal agritourism. The growing industry intertwining tourism and agriculture presents new revenue possibilities for Native food producers and tourism professionals, supports food sovereignty and the promotion and preservation of traditional foods, as well as entices visitors to come learn about and indulge in tribal cultures and flavors.

Yocha Dehe Wintun Nation’s program is one of six tribal agritourism ventures spanning the United States that is highlighted in the new educational handbook, “Case Studies in Tribal Agritourism.” Released by the American Indian Alaska Native Tourism Association (AIANTA) with funding from the Native American Agricultural Fund, the free guidebook can be downloaded at this link.

“Inside the book, we find experienced tribal producers sharing their years of wisdom in order to help those who are new to the field,” said AIANTA CEO Sherry Rupert (Paiute/Washoe). “Tribes are looking at different ways of diversifying themselves and we have thousands of ranchers and farmers and food producers out there in Indian Country. This is a huge opportunity. ”

Providing insight, inspiration and educational tools and exercises to prospective agritourism participants, the book is filled with resources to help entrepreneurs transform the fertile ground of Indian Country into enterprises enriching both the tribes and visiting tourists.

According to the 2017 Census of Agriculture, the United States is home to nearly 80,000 Native American or Alaska Native farm producers. Native-owned farm acreage comprises more than 6 percent of total U.S. farmland, and more than 80 percent of Native farmers live on their farm or ranch and or report farming or ranching as their primary occupation.

The book takes readers on a business trip across Indian Country, from Southeast Alaska where the Huna Tlingit Tribe’s Icy Strait Point offers retail, nature experiences and restaurants centered on the tribe’s salmon cannery, to the Southwest where Santa Ana Pueblo’s Prairie Star restaurant delights foodies with homegrown blue and yellow corn and views of the Sandia mountains.

In between, readers can chew on the stories of Choctaw Nation of Oklahoma’s series of famous farmer’s markets peddling quail eggs and branded Choctaw Farms BBQ sauce, Oneida Nation of Wisconsin’s fun and fruit-filled Big Apple Fest, and Seneca Nation of Indians’ Iroquois White Corn Project in New York, which invites visitors to learn about the cultivation, preservation and importance of the three sisters: corn, beans and squash.

If there’s one unifying theme to all the case studies, it’s the emphasis on telling the tribe’s story through its agribusiness venture, Rupert said.

“Tourism in itself is an opportunity for a tribe or tribal business to be able to tell their story about who they are and why this is important to them,” Rupert said. “They might have started down this road because they wanted to have traditional foods for their community and now they want to share it. The book gets you thinking about who you are and what you want to do moving forward. What is your core purpose? Who do you want to serve?”

An entrepreneur needs to do her homework to succeed in agritourism. As a boon to producers who are eager to experiment, the book contains educational modules  following each case study with worksheets and activities aimed at sparking ideas and practically approaching an agribusiness venture.

The worksheets and activities get readers into the agribusiness mindset with checklists, personal assessments, and exercises, questions and tips about everything from developing marketing and financial strategies, to building out operational and management plans.

The educational modules are tailored to a corresponding case study. For instance, the section on the Séka Hills Tasting Room includes information about creating welcoming spaces for visitors, and the chapter on Oneida Nation of Wisconsin’s Big Apple Fest focuses on the strategy of making a special event the centerpiece of an agritourism venture.

“Oneida Nation’s case study really looks at how to plan an event like that and how to grow it,” Rupert said. “That can be really helpful to someone who is starting out small and building upon that.”

“Everything is about horses, farm animals and apples at Big Apple Fest,” said event founder Michelle Danforth Anderson, the marketing and tourism director for Oneida Nation of Wisconsin.

The weekend event, which takes place in September, makes the most of the Oneida Nation Apple Orchard, which sits on 30 acres with approximately 4,000 trees and 20 varieties of apples.

One priceless insight from the Apple Fest chapter is that the seeds of a potential venture can be planted at any time and in any form, and you just have to cultivate the right mindset to seize the opportunity.

In this case, Danforth Anderson’s agritourism instincts kicked in when the tribal government was required to use a series of reconstructed log homes for an event celebrating the tribe’s history.

“At the time, that department had absolutely no money to do events, so I started thinking if we could tie in the apple orchard, maybe I could get some funding to sponsor the event because we would ultimately be promoting the apple orchard,” Danforth Anderson said. “Lo and behold, our general manager bought into the idea and she supported us with some funding to get the event going.”

The log homes fit into the fest as locations where guests can hear stories from tribal members portraying key historical figures.

AIANNTA’s Rupert hopes all of the book’s explorations of ingenuity and inspiration will intensify interest and participation in the industry.

“We can already see the growth in the number of tribes that are now entering into tribal agritourism. These case studies can provide examples and show the opportunity that’s available to them,” she said. “We want to make sure we’re out in front of this and providing all the tools we can to help them move forward.”