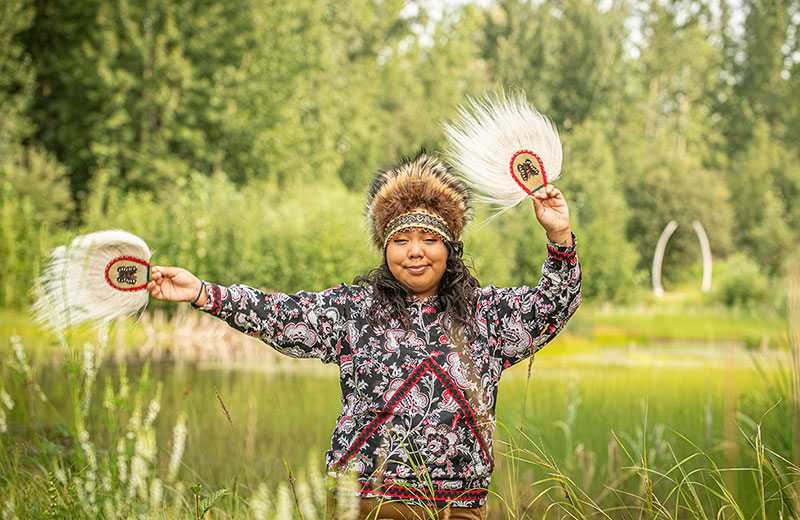 ANCHORAGE, Alaska — The Alaska Native Heritage Center has received a $3 million grant from the Ford Foundation, which named the Anchorage-based nonprofit one of “America’s Cultural Treasures.”

The statewide cultural education center serves as a gathering and healing place for Alaska Natives and has worked directly with more than 1 million people since its founding in 1999. The Alaska Native Heritage Center (ANHC) also offers an educational platform for visitors to learn about the Indigenous peoples of Alaska, their cultures and traditions.

In a statement, the center described the funding as an “unprecedented, historic investment throughout the Alaska Native community.”

The America’s Cultural Treasures program is part of Ford Foundation’s national effort to support BIPOC (Black, Indigenous, People of Color) arts and cultural organizations that have been adversely affected by COVID-19.

During the pandemic, the Alaska Native Heritage Center “has suffered substantial economic losses,” according to a statement, which noted the public health crisis also forced the nonprofit to “reimagine” how it delivers programming.

“For example, ANHC quickly pivoted to online and virtual programming, such as storytelling, cooking classes, and art classes. ANHC also created cultural boxes for K-12 students across the country,” according to a statement.

The Alaska Native Heritage Center will receive the award over the next four years for general operations as it boosts its healing, cultural and educational programming. The award also includes $100,000 in technical services.

With the new funding, the Alaska Native Heritage Center said it plans to launch, expand and implement “several interwoven yet distinct healing-based initiatives … creating an intentional space of healing where the Indigenous community can connect with themselves and their culture.”

The center did not immediately respond to a request for comment.

The Ford Foundation grant program is a collective effort involving 16 donors and foundations that raised $156 million to support Black, Latinx, Asian, and Indigenous arts organizations in the wake of the COVID-19 pandemic. The funding round will provide awards of $1 million to $16 million to 20 organizations recognized as cultural treasures for “their unique and vital work, despite historically limited resources and funding streams.”

The group also is spearheading a regional grant-making initiative and anticipates announcing awards in early 2021, according to its website.

Ford Foundation invested $85 million from the proceeds of its sale of $1 billion in social bonds geared to sustaining and strengthening “mission-critical social justice and creative expression organizations.”

For the Alaska Native Heritage Center, the Ford Foundation grant follows a $1.25 million Native Connections grant from the federal Substance Abuse and Mental Health Services Administration. In partnership with Alaska Pacific University, University of Alaska Anchorage, and others, the center will use the funding to launch “Unguwat: Resilience & Connection,” a new Indigenous youth wellness program steeped in Alaska Native culture.

“Unguwat is a Sugpiaq word that communicates how people are strengthened by a common purpose; that lives are changed through increased opportunity and self-actualization,” ANHC Executive Director Keneggnarkayaaggaq Emily Edenshaw said in a statement at the time. “As a statewide Alaska Native educational and cultural institution, our approach for the past twenty years has been grounded in an understanding that culture is the foundation from which all else flourishes, including the wellness of our young people and communities.”