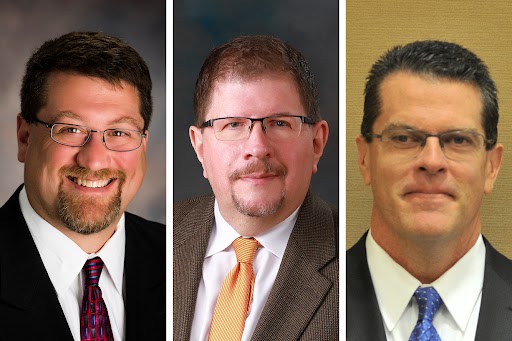 Migizi Economic Development Co., the Mount Pleasant, Mich-based investment arm of the Saginaw Chippewa Indian Tribe, has made strides in diversifying the tribe’s revenue streams “for the long haul.”

Those investments have included everything from buying into the energy market through selling electricity to non-tribal entities on trust lands, investing in reservation-based businesses such as a pharmacy and convenience stores, and most recently, securing 8(a) certification for new research and development firm Bakinaw Federal Contracting.

What kind of opportunities has Migizi pursued since its inception? What does the company manage right now?

Smith: We have a water park, an RV park. We have two gas stations with convenience stores. We also have a holding company which takes care of our agricultural enterprises. In addition, we are looking at 8(a) opportunities.

We have taken a more unique approach to economic development: We’re focusing on energy, but not the traditional energy space for tribes. Instead of leasing tribal lands out for developers, the tribe has developed its own electric utility. It achieves cost savings and sovereignty for the tribe.

What led Migizi to expand the tribe’s energy infrastructure? How did that evolve into a plan to monetize the project in Saganing, Mich.?

Blaser: It started as a project because we needed to have the ability to deliver enough power to support the expanded casino and hotel. That casino was really growing. When we expanded, the need for a substation developed, and instead of letting the local utility own the substation, the tribe said: ‘It’s on trust land. We’ll just own and operate it ourselves.’

When we were looking at ways of really using or maximizing the value of the tribe’s sovereignty and its status as a federally recognized tribe, this is what came to the forefront, particularly the way we have it set up as a participant in bulk power. We can take that as a tribal electrical authority and sell it to non-tribal entities on tribal trust land.

Primarily, the main impetus was this concept of energy sovereignty and the tribe being in control of its own destiny. That allows you to expand and create different revenue streams that are … a little less volatile because energy is a less discretionary expense.

How are you marketing this energy utility to non-tribal entities?

Blaser: Because we don’t have a lot of legacy distribution overhead, our operation and maintenance costs are significantly lower. As we source the power, we’re able to pass those savings on. We’re marketing the power with more transparency as to what’s going on with the electricity.

We can work with companies on eliminating some of the cost volatility around energy. We have a lot of room to make custom arrangements, as well as provide different types of energy. There’s a lot of flexibility that we have being a tribal electric authority that a lot of other utilities can’t provide due to the nature of their infrastructure or they simply don’t want to provide that.

What best practices did the tribe use to establish that electricity infrastructure?

Blaser: There’s a certain black-box quality about it. There’s nobody that’s really found a roadmap for tribes to get into the regional transmission organization (RTO) or independent system operator (ISO) space. That’s the category under which all of the deregulated bulk power providers fall. To my knowledge, we’re the only tribe participating in the Midcontinent Independent System Operator and one of a handful of tribes participating in RTO/ISO.

In doing this, we’re feeling around in the dark. There was not another tribe or roadmap we could essentially copy. A lot of people don’t have an understanding of how complicated energy systems are. These are really complicated systems and the financial part is just as complicated.

You have to learn and understand all of that while you’re building the infrastructure. So we were building a system, putting it all together, drinking from the firehose on learning physical aspects, while at the same time learning the financial aspects — different tariffs, different ways things get billed, capacity, all of these different things.

What’s the tribe’s plan for Bakinaw Federal Contracting now that the company is 8(a) certified?

Blaser: When we looked through the landscape, there’s a number of tribes providing janitorial services, call center services and maintenance. That market was kind of crowded, and so we wanted to find out what we could do that’s a little bit different.

(Chief Development Officer Martin Toomajian, who had a long executive career at Battelle Memorial Institute, a research and development, laboratory management, and product designer and manufacturer for government and commercial clients) is using his contacts to create some mentor-protege agreements, which would allow the tribe access to the federal R&D opportunities out there. We’re going to work with them to build out the capacity to develop research.

You’ve got the opportunity to go into some very specialized fields. We’re using the power of the 8(a) program to develop those. We’re looking at business lines that fit into that mantra that have a little more barrier to entry where we can use the specialized skills of the people we’ve assembled to launch those efforts.

How does this fit into the overall business strategy for Migizi? What’s the ultimate goal behind these investments?

Kuhlman: The mission of Migizi is to provide economic stability for the next seven generations. That’s a goal we take very seriously. From Brian and Kevin’s team, to the waterpark team, to the other potential businesses we’ve got out there, we want to provide long-term revenue.