A coalition led by Juneau-based Spruce Root is one step closer toward its goal of creating a sustainable forest products cluster in Southeast Alaska. 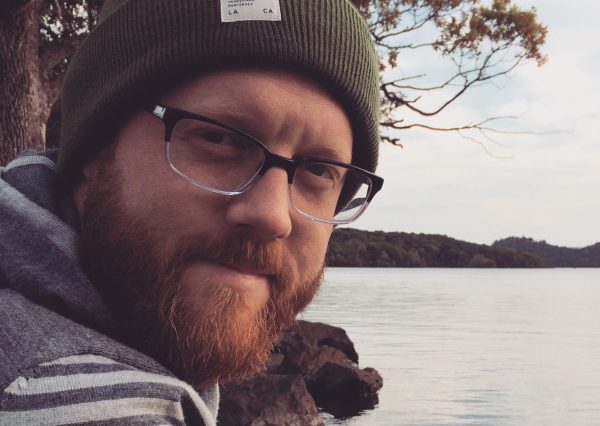 Framed by a larger push to renew protections for old-growth forests in the Tongass National Forest, the Southeast Sustainability Partnership aims to take a holistic approach to the industry focused on improving infrastructure, training, and resource access for Native entrepreneurs and communities in the region.

The initial effort behind the cluster includes a proposal for five projects ranging from a business incubator to help entrepreneurs build ventures around Native art, food, and medicinal products, as well as the assessment and eventual repair of 200 miles of road across seven tribal communities. Other projects include developing a sustainable timber harvest plan, facilitating an energy transition away from diesel generation, and workforce development initiatives.

Citing the importance of the project to creating a sustainable economic future for the region, Ferguson was “chuffed” to hear the Economic Development Administration within the U.S. Department of Commerce named the coalition a finalist in the $1 billion Build Back Better Regional Challenge.

The first round of the Build Back Better Regional Challenge included 60 finalists selected from a pool of 529 applicants. The award comes with an initial $500,000 grant and the ability to advance to the second round, where the EDA will select 20-30 coalitions that will receive up to $100 million in further funding.

“This project really is an effort of the Partnership,” Ferguson said. “We were looking at the list of other applicants that made it through the first phase. It feels a little bit like punching above our weight, to a degree. Our strength is in the Partnership, and I think that’s really shining through.”

Other Native finalists in the Build Back Better Regional Challenge included Window Rock, Ariz.-based Hopi Utilities Corp., the Eagle Butte, S.D.-based Four Bands Community Fund, Tulsa, Okla.-based Indian Nations Council of Governments, and the Pala, Calif.-based Pala Band of Mission Indians. As well, a proposal from the Southeast Conference, a regional economic development organization, included the Central Council of the Tlingit and Haida Indian Tribes of Alaska as a partner.

For Spruce Root, the proposed incubator will include spaces for Native artists to work, storage sheds and kitchens for processing Native foods and medicine, Ferguson said. Repairing roads would not only increase accessibility to markets beyond the region’s borders, but also improve access to resources to make salable products, such as cedar for totems and canoes.

The coalition’s workforce development efforts aim to train 100 adults and 50 youth for  construction and forest resource management careers. Another proposed project outlines a plan to move away from diesel energy and toward biomass production leveraging local forests.

“The transition from diesel energy is top of mind. We’d like to wean ourselves off of fossil fuel use,” Fergson said. “All the while, we’re looking to think about the workforce development opportunities in Southeast and figure out how youth crews and Indigenous guardians’ activities can fit in there, and how we can build up those workforces so that the original stewards of this place can exercise their inherent sovereignty over this place and enter into more co-management opportunities with more federal agencies.”

Together, the projects represent a potential total of 250 new jobs, $22 million in new recurring intra-region economic activity, and $20 million in new infrastructure. The proposal, if it makes it to phase 2, could provide a huge boost to the Southeast Alaska region, Ferguson said.

“There will be deliberate knock-on effects to other challenges and solutions that are vital for building up development,” Ferguson said.

Now there’s just the matter of getting to that second round, which will be a hurried process, Ferguson noted.

“We have three months to put together that phase 2 application, so it’ll be a bit fast and furious,” he said. “We have the general idea of the projects sketched out. Now we’ll be working with our partners to identify the specific communities that we might have the opportunity to build an incubator, to look into the specific conditions around infrastructure and accessibility.”

Accessibility was also a focus for the Mountain Plains Regional Native CDFI Coalition, which proposed a set of projects meant to improve access to capital by building out and scaling a Native finance industry in North Dakota, South Dakota, Montana, and Wyoming.

Their proposal consists of a long-term growth plan, developing a financial workforce, building out non-physical infrastructure such as I.T. services and employee training, establishing an “innovation center” to provide facilities and services to entrepreneurs, and a revolving loan fund.

Four Bands Community Fund Executive Director Lakota Vogel said the Build Back Regional Challenge offers a step in the right direction, but only a step.

Vogel said the coalition was “very happy to be selected” for the initial award and to compete for the additional funding, but noted the extent of the need across the region.

“It’s a little overwhelming to know we were the only groups funded in those states,” Vogel said. “There was such a need in our region and a lot of those needs are going to go unmet. I think we face that a lot because of our population density. People decide that the pie is only so big, so we only get a piece of pie proportionate to that.”

While funneling $100 million in federal funding into the region would go a long way toward attracting further investments and building out the dreamed-of financial industry, Vogel said, more needs to be done.

“Even $100 million wouldn’t meet the need in the region,” Vogel said. “$100 million for Indian Country across the United States is just not enough.”