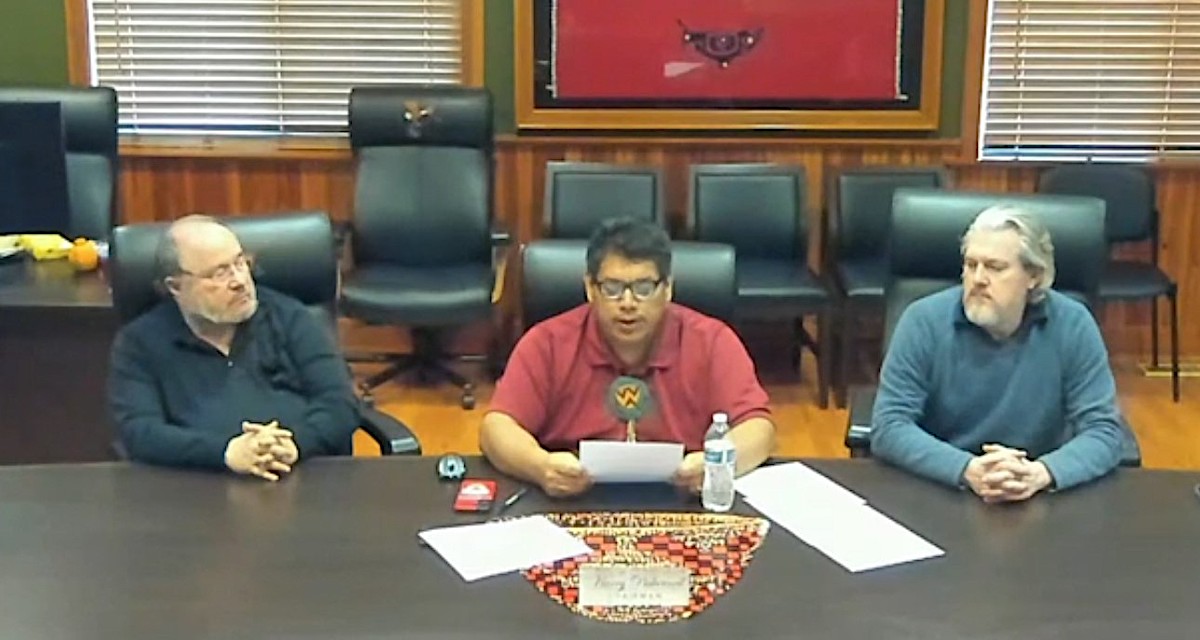 To help secure an economic development project that would help boost the tribe’s self-determination, the Confederated Tribes of the Chehalis Reservation are turning to Congress with a request to loosen lease term restrictions on trust lands.

The Washington State tribe wants to make improvements to “land suitable for a warehouse facility” so it can attract outside investment to the reservation, Chehalis Chairman Harry Pickernell, Sr. told the Senate Committee on Indian Affairs last week. While the project has received interest from two parties, the tribe’s efforts have been stymied by the currently allowed 50-year maximum lease term.

The committee is considering legislation that would authorize the Chehalis tribe to lease trust land for up to 99 year terms.

“The financing and economic landscape in 2022 … makes working within that 50-year term no longer viable for larger-scale construction projects,” Pickernell said.

Assistant Secretary for Indian Affairs Bryan Newland told the committee that the BIA supported the effort to add the Chehalis to a long list of tribes already approved for leases longer than the standard 50-year terms permitted under the 1955 Long Term Leasing Act.

Restrictive land leases have been an onerous topic for Native communities, who are often forced to work around “stifling” regulations regarding land development and leasing. The restrictive regulations pose a challenge for Native agricultural producers and economic development initiatives alike. Trust land restrictions also play a role in limiting Native access to credit, a long-acknowledged problem in Indian Country.

“It would help us in securing loans for our economic development ventures,” Pickernell said. “It would give us the ability to ensure our lenders that we have longer terms with the projects we’ve presented.”

Schatz also floated the idea of seeking a “statutory fix” for the piecemeal legislation, an approach Newland said the BIA supported.

Pickernell echoed the sentiment during his testimony that land trust leases were a crucial element of tribal sovereignty, and said that the Long Term Leasing Act should be amended to give all tribes 99-year lease terms.

“In the modern era of self-determination … the Tribe believes that all tribes should have the ability to enter in 99-year leases,” Pickernell said. “This would save those tribes that need the authority to enter into 99-year leases the trouble of expending resources to secure enactment of what are truly one-off technical amendments.”

The Senate Committee on Indian Affairs heard testimony from tribal leaders and federal officials on a slate of proposed legislation focused on tribal self-determination and sovereignty. Other proposals included an amendment to the Colorado River Indian Tribes Water Resiliency Act of 2021 to allow those tribes to lease excess water to off-reservation entities.

Since 2016, the Colorado River Indian Tribes (CRIT) have pushed for the authorization to lease, store or exchange some of the water diverted by their water rights in Arizona. The tribe contends that potential agreements could help get water to other entities in the state during a state-wide “mega-drought,” according to testimony on S. 3308 from Colorado River Indian Tribes Chairwoman Amelia Flores.

“CRIT is doing its part (to combat the drought). We have been fallowing productive farmland to leave water in Lake Mead since 2016,” Flores told the Committee. “We have left more than 200,000 acre-feet in the Lake, raising it by 3 feet. But without our bill, this is the only way we can help.”

With authority through the proposed legislation, the tribes could offer their water through leases and exchange agreements to other areas, such as Arizona metros, Flores said.

She stressed during her testimony that authorization would not drive up water usage from the river, since the tribe would only be leasing its excess water which it saved primarily by fallowing farmlands, Flores said.

“We are facing a mega-drought, and Arizona is Ground Zero,” Flores said. “The bill helps us save our river, and it helps us generate the revenue we need to adapt to the drier climate.”

The BIA’s Newland said the agency supported the bill as an extension of tribal sovereignty and as a potential economic driver for the tribes during his testimony.

“Enactment of S. 3308 is consistent with principles of self-determination and Tribal sovereignty,” Newland said. “The Department supports the right of all Tribes to achieve economic value from their water rights and supports S. 3308.”

“It would make this process simpler for the department to make the grant awards and distribute that and clarify how we award grant funding under the Native Act to Native Hawaiian organizations, which in turn will make it easier for us to administer the entire program,” Newland said.

According to the American Indian Alaska Native Tourism Association (AIANTA), Native tourism is a growing $14 billion industry, supporting 117,000 people across the country, according to previous report from Tribal Business News.