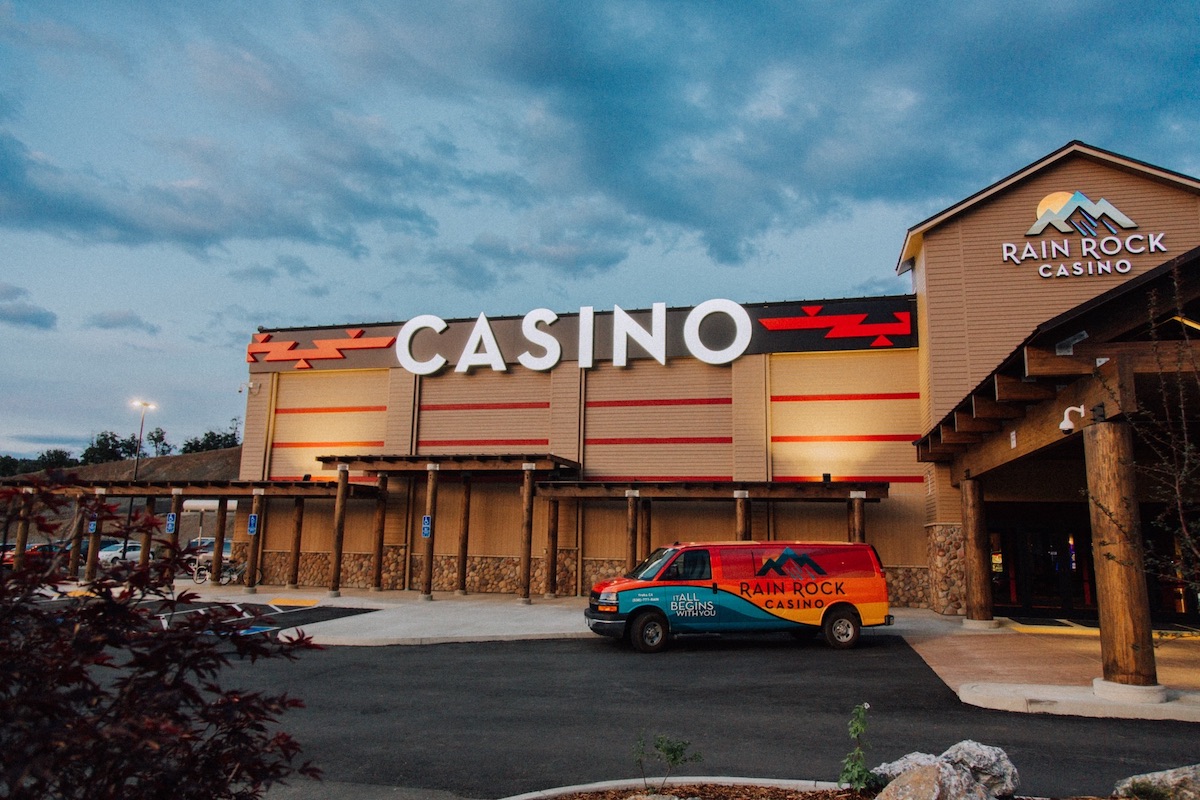 Tribes across Indian Country will be launching a slew of renewable energy projects this year with help from the U.S. Department of Energy. For one tribe, it’s more about caring for Mother Earth than balancing the checkbook.

“The tribal perspective throughout Indian Country has always been ecology first, and then the economy will follow,” said Russell “Buster” Attebery, chairman of the Karuk Tribe in northern California, which is receiving about $1.8 million in federal grants for solar power and battery storage projects. “Because if you don’t take care of the ecology, then you’re not going to have any economy.”

Nurturing nature is a common belief among the other tribal leaders he has met in his role as a Pacific Region representative for the U.S. Department of the Interior’s Bureau of Indian Affairs.

“Everywhere I go, we start the meetings with blessings that we always give thanks to Mother Earth,” he said. “For us, it’s been that way since time immemorial. Now we want to combine tribal ecological knowledge, which we call TEK, with modern science.”

That’s not to say that the 947-kilowatt (kW) photo-voltaic farm that the Karuk Tribe will be installing this year at its Rain Rock Casino and administrative trailers in Yreka won’t provide any cost savings. The tribe estimates that the power plant and additional 18.4 kW roof-mounted system on the newly constructed Wellness Center will save $9.8 million in energy costs over the 25-year life of the solar panels.

The second leg of the project is the installation of a 310-kW photovoltaic power plant and 580 kilowatt-hours of battery storage for 39 residences that cater to the tribe’s senior citizens, providing a necessary backup during grid outages. The tribe estimates that the system will save more than $74,000 in energy costs annually and more than $3.8 million over the life of the system.

The DOE grants will pay for half of the cost of the projects, and the remaining half will be paid for by the Rain Rock Casino, which caters to travelers along U.S. Interstate 5, and the Karuk Tribe itself. Attebery said the tribe is looking to build a 60-room hotel and 12 cottages to provide lodging for the 500,000 or so people who visit the casino annually to play slot machines and table games.

The Karuk Tribe is only one of the 13 American Indian and Alaska Native communities will split a total of about $9 million in DOE grants for 14 projects that address the energy needs of smaller rural communities.

In a statement, U.S. Secretary of Energy Jennifer Granholm said that “tribal communities are imbued with knowledge and ingenuity around sustainable energy infrastructure and they are poised to help lead the country” as it makes a transition to renewable electricity sources.

The 14 projects involve photovoltaic, geothermal and hydroelectric systems that power everything from gas stations and youth recreation centers to health care facilities and elderly housing. (See sidebar of projects.)

The DOE estimates that the projects will generate 3.3 megawatts of electricity from renewable resources and store 3.6 megawatt-hours in lithium-ion batteries to serve more than 1,200 tribal-owned buildings.  It estimates energy savings will be $48.5 million over the life of the systems.

The majority of the projects are in rural, underserved communities. That certainly is the case of the Karuk Tribe.

The second largest tribe in California, the Karuk Tribe of about 3,700 members is situated largely in Siskiyou County in heavily forested areas that are sparsely populated. Attebery said the county is among the poorest in California, so the tribe provides a variety of health, dental, educational and social services.

Alora Sutcliffe, public relations specialist for the Karuk Tribe, said the solar system serving the elders’ homes will “provide uninterrupted power to the homes and protect our elders the best we can.” A number of elderly residents rely on uninterrupted electricity to power their health care equipment, and the battery packs will provide a constant source of electricity during scheduled power outages and unexpected power losses.

Using modern technology appropriately is central to the tribe’s TEK philosophy, developed by its Department of Natural Resources in response to what it has seen with federal programs that involved logging during the past 120 years.

“An example would be the devastating fires that we have had here,” Attebery said. “The Indigenous people who have lived in this area used fire to burn off the underbrush around the communities. Mother Earth would start fires in the high country, and they wouldn’t run up and put them out because that was her way of taking care of the high country.”

With federal restrictions on allowing fire to remove underbrush, the accumulation of fuel now creates infernos so intense that tree roots are burned, making it difficult for plants to reestablish themselves, Attebery said.

“I don’t think there was any ill intent by our federal government — they thought they were doing the right thing — to come in and manage these areas and log them, with the idea that there is a lot of money out there,” he said. “They just had an economy-first attitude. They didn’t come out and consult with the people who lived here. Now they’re doing that.”

Sec. Granholm invited leadership of federally recognized Indian tribes and Alaska Native Corporations to a virtual session last week to help guide DOE in developing more than 60 new programs and implementing $62.5 billion in funding from the Infrastructure Investment and Jobs Act (IIJA) to ensure the investment has the greatest possible positive impact for tribal communities. 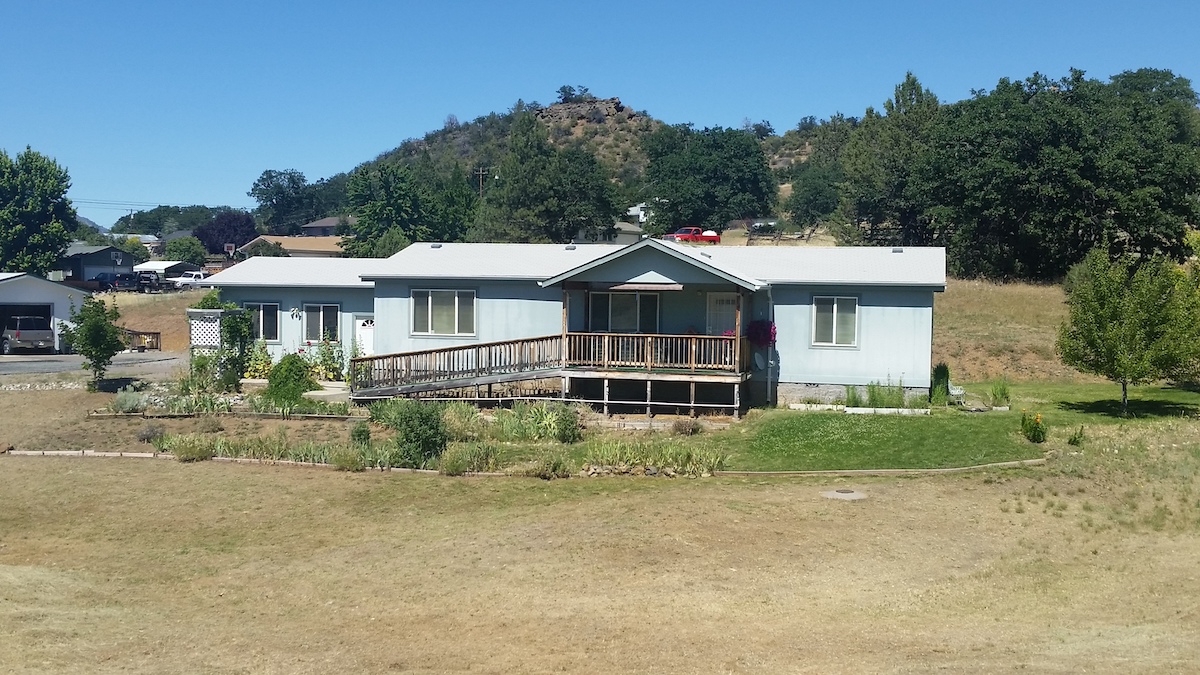 The Karuk Tribe is installing a solar energy system to serve the elders’ homes on its reservation. (Courtesy photo)

The U.S. Department of Energy announced recently that the following projects have been awarded grants: