TOWAOC, Colo. — Ongoing quarantines have encouraged many people to take up baking over the few months, which has translated into brisk sales for the Ute Mountain Ute Tribe Farm & Ranch Enterprise.

The tribally owned business has experienced a near tripling of online orders for its Bow & Arrow Brand corn products during the pandemic, thanks in part to a renewed focus on social media and marketing, according to Operations Manager Simon Martinez.

“Our social media presence has really ballooned and developed into a lot of our market,” Martinez told Tribal Business News. “Sales have really increased because of that.”

Bow and Arrow’s focus on healthy foods and consistency — as well as its Native American roots — also plays well into a burgeoning market, Martinez said.

“It’s the story that attracts people to the Bow & Arrow brand: grown on Ute Mountain Ute Reservation, milled on the reservation, utilizing tribal members,” he said. “People that we’ve had as customers come back because they like the consistency of the corn. They like our product.” 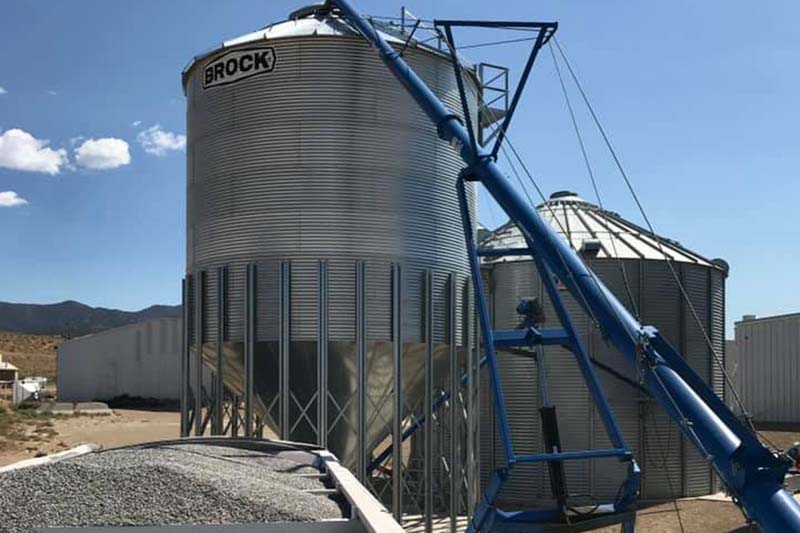 The tribe intentionally grows all non-GMO certified corn crops to assure customers that Bow and Arrow products are healthy and natural, Martinez said, noting the brand also maintains Circle K kosher certification for some of its products. As well, the farm stopped growing wheat products so it could be entirely gluten-free, he added.

Martinez believes using non-GMO crops is “the next best thing to organic.” The non-GMO certification “means something” to a cadre of customers, he said.

“There’s a lot of people who want us to go totally organic, but that’s very labor intensive, so right now we’re focused on that non-GMO certification,” Martinez said.

The Ute Mountain Ute Tribe has focused on growing the Bow & Arrow brand amid a growth spurt in the cornmeal market that was taking effect even before COVID-19 turned quarantined cooks into aspiring bakers. According to a February 2020 report from Market Data Forecast, the cornmeal market is expected to expand at a 3.7 percent compound annual growth rate through 2025, when the sector is projected to reach more than $1 billion, driven by customers seeking out gluten-free options in their quest to eat healthier foods.

ADJUSTING TO A NEW, NECESSARY NORMAL

Additionally, the company took extra precautions in the alfalfa fields to mitigate the effects of the COVID-19 pandemic. Martinez said workers now load alfalfa directly into trucks from the fields to reduce potential spread of the virus, and the company split up workers into two shifts to curtail the number of people present at any given time.

The problem is especially prevalent in Indigenous communities, where food insecurity was already an issue prior to COVID, according to a 2017 report from Addison, Texas-based Partnership with Native Americans, which notes Native families are 400 percent more likely to suffer from not having enough to eat. The organization attributes the increased risk to the prevalence of food deserts and rampant poverty in Native communities.

The Ute Mountain Ute farm, therefore, has to keep production as consistent as possible not only for the sake of its own business prospects, but for the surrounding communities, Martinez said.

“I think we’ve had to be more diligent and careful,” he said. “We help provide a source of food that is needed, so we are definitely where we have to adjust to the COVID situation.”

Aside from COVID, the biggest issue the company faces is transportation. Located in the Four Corners area in southwestern Colorado, the Ute Mountain Ute Tribe’s facilities are well away from rail or shipping lanes. All the tribe’s products are hauled away by truck, which means shipping times and prices can be higher than other methods.

“Location is probably one of our biggest barriers,” he said. “Everything we do is down to transportation, so we have to focus on developing a relationship with our customers, knowing that there is a price for shipping our products, and we have to be very careful on how we approach our prices, because we know there’s someone on the other end that has to pay that.”

Location also presents a challenge for irrigation. To that end, the farm essentially is situated “in a desert,” Martinez said.

The tribe uses a 40-mile gravity flow siphon to draw water from the man-made McFee Reservoir, which is mostly fed by the Dolores River. Martinez said the tribe has had issues with water shortages in the past, mostly because of the distance from its source.

Even with such barriers, however, the Bow & Arrow Brand’s business is growing.

“Right now, even with the COVID and what the country is dealing with, I think in the long run business has gotten better - not only online, but we've been able to attract a couple of larger customers that are taking a larger quantity at a better price,” Martinez said. “We've tried to sell less corn for more money because of the story of where it's grown, and the certifications we have. I think now it's taken a couple of years to identify a market that is sustainable, but we have customers now who think it’s worth the extra money.”