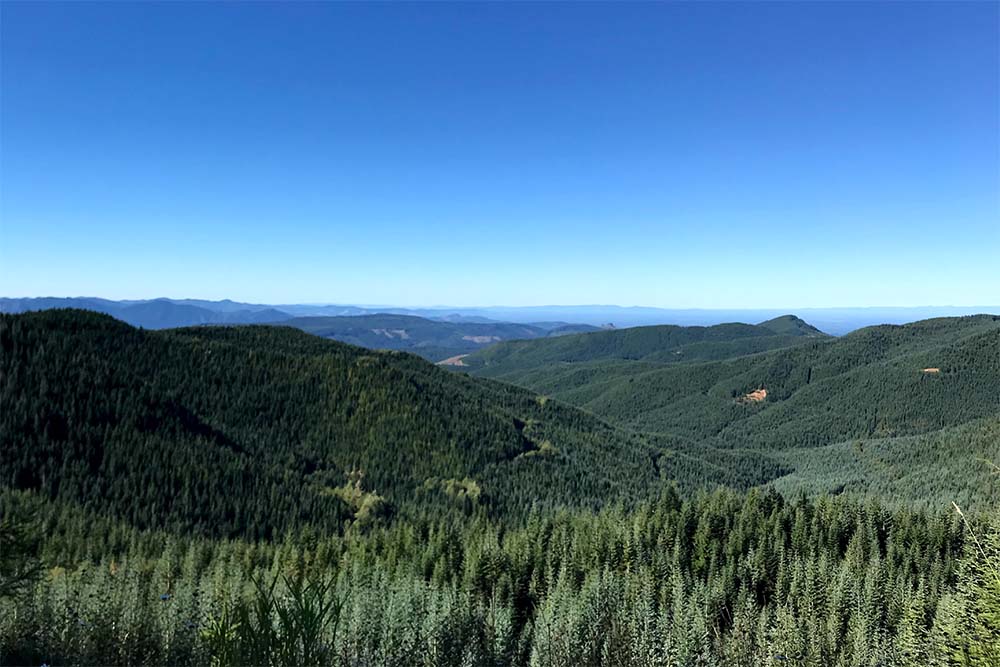 OLYMPIA, Wash. — The Nisqually Indian Tribe joined with the Nisqually Land Trust to purchase more than 2,200 acres of land in western Washington State, doubling the size of an adjoining community forest.

The Land Trust purchased 960 acres for roughly $3.6 million, while the Nisqually Tribe acquired 1,240 acres for approximately $6 million using a loan from the Washington State Department of Ecology.

In addition to providing the tribe with its first purchase of industrial timberlands, the transaction represents a move to help recover the local population of steelhead, an anadromous strain of rainbow trout that is hatched in rivers, travels out to the ocean to forage and grow before returning to a river to spawn.

The purchase included a 3-mile section of Busy Wild Creek with key habitat for steelhead and Chinook salmon, said David Troutt, the tribe’s director of natural resources. Both fish populations have been put at risk from overfishing and human encroachment.

“When I started in 1987, our steelhead run was 6,000 or 7,000 fish strong. We would fish from Thanksgiving into March, catching these winter steelhead. They’re beautiful big fish,” Troutt told Tribal Business News. “By 1992, the population dropped to 500. The amount of fish we need to reproduce for the escapement need is 2,000. The fish was nearly going extinct.”

By joining with groups like the Nisqually Land Trust to acquire privately owned lands, the Nisqually Tribe hopes to better manage the ecosystem and provide a better habitat for the fish, Troutt said.

“The tribe and all of our partners have been working on protecting the landscape and restoring those areas critical to steelhead,” Troutt said. “Climate change is having such a significant impact on our systems that the tribe has to be a bigger player to make a difference. We have to take an active role.”

“I’ve been weaving baskets since I was 12 years old. That’s where all that material came from. If we want to access it, we need to own it,” McCloud said.

Moreover, by entering the timber industry on their own terms, the Nisqually Tribe can sustainably provide jobs and encourage economic growth alongside improving the ecosystem, Troutt said.

He listed cutting down young trees rather than older ones as a way to harvest timber and maintain the environment at the same time. Younger trees require more water, while older trees sustain themselves with less, leaving more resources in the watershed and improving the habitat for fish and other marine life, Troutt said.

Among those benefits is keeping money turning over in the local economy. Troutt cited a 2015 study by then-Land Trust manager Joe Kane that discovered the largest beneficiary of investments in the Nisqually area was a plumber’s union in Paris, France.

“There are a number of ways to accomplish our goal of managing the landscape better for fish. One of them is through regulations, and trying to change the current set of regulations. That’s incredibly challenging and difficult, so we’ve decided the best way to do it is to find willing landowners, buy it, and manage it way beyond the regulation minimums,” Troutt said. “We don’t want to tell people what to do. We want to own it and manage it in a way that makes sense, and not try to get the government to do it.”

The $6 million loan from the Washington Department of Ecology — the first such loan given to a tribe in the state — helped the tribe achieve that goal, Troutt noted.

“We’re breaking a lot of new ground with this financial support from the state,” Troutt said. “We’re pretty excited to lead on this effort, and we really think that this is the future of forest management in western Washington.”

For tribal chairman Willie Frank, the purchase comes down to protecting tribal interests in the Nisqually Community Forest, and by extension, the fish.

“It’s about trying to find partnerships and purchasing lands. It’s about protecting the 80 miles from Mount Rainier to the mouth of the river,” Frank said. “I’ve been fishing for over 20 years and I’ve never been able to catch a steelhead in the Nisqually. That’s something I’d like to do in my lifetime.”