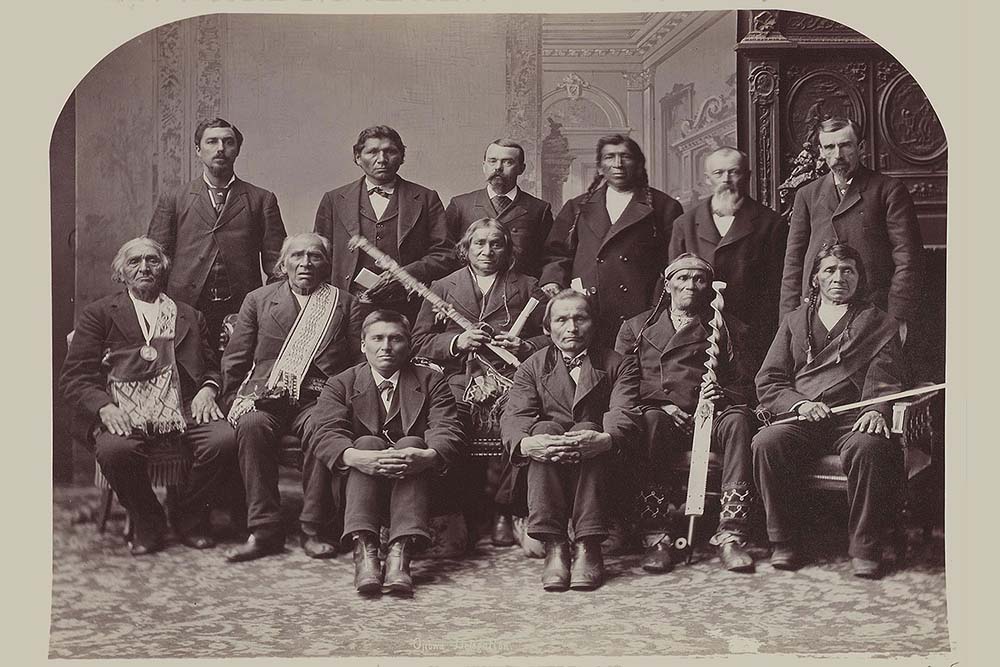 A multigenerational battle for trust funds owed to the descendants of the Pembina Band of Chippewa Indians is nearing a close some 30 years after it began.

Although the Pembina Band’s members separated and spread across Minnesota, North Dakota and Montana, its successor tribes stand as the beneficiaries of a $59 million settlement.

The three tribes involved — the Chippewa Cree, the White Earth Chippewa, and the Turtle Mountain Chippewa, as well as other lineal descendants of the Pembina Band — have reached a settlement with the U.S. Department of the Interior regarding the mismanagement of funds awarded to those tribes beginning in 1964.

The preliminary settlement caps off a protracted legal battle that began in 1992, when the tribes in question demanded an accounting of funds held in trust by the U.S. government.

Leslie Peltier, one of the main plaintiffs representing the Turtle Mountain tribe, said she was the latest member of her family to take up the fight for the long-awaited distribution of money promised to them by the federal government.

Her father, mother, uncle and other family members were all part of the Pembina Treaty Committee, a tribal organization that had dedicated itself to seeking justice for the descendants of the Pembina Band. Many of those family members have since passed on, but Peltier said she is here to see victory for them.

“This has a long history that goes way back to our ancestors, who are now probably looking down upon us and saying, ‘Hang in there, because things will get better,’” Peltier told Tribal Business News. “I would like to acknowledge all those past leaders because if it wasn’t for them, we would have nothing. They died before they could see any of it.”

The original funds in question, totaling $53 million between two awards, were given to the four tribes based on an 1863 treaty and an 1890 agreement between the United States government and the tribes’ predecessor, the Pembina Band of Chippewa. As a result of the two agreements, the tribes ceded more than 10 million acres of land in North Dakota and Montana. 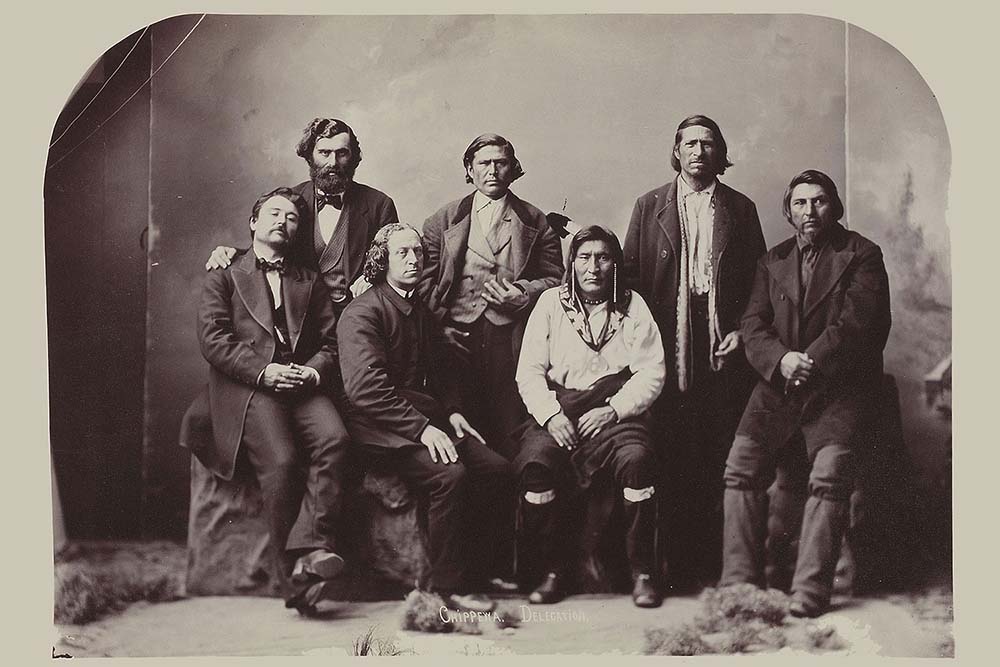 The federal government held those funds in trust for long periods of time rather than distribute them. Distribution of the Pembina’s 1964 award, which totaled roughly $280,000, only occurred in 1984, twenty years after the fact.

When distribution of the 1980 award — tied to the 1890 McCumber agreement, and totaling $53 million — finally began in 1988, the federal government held back 20 percent of the funds in trust, which prompted the Pembina Band’s descendants to ask for an accounting of the money.

“When the 1988 distributions began, the tribe leaders — particularly at Turtle Mountain, which by sheer numbers has the bulk of the ’80 award — were concerned that between the time of the ’80 award and the distributions, they didn’t know how the United States had managed the $53 million,” said Native American Rights Foundation counsel Melody McCoy, who represented the tribes in the settlement case. The tribes with money held in trust, along with the Government Accountability Office, expressed alarm that the Bureau of Indian Affairs could not adequately explain what it did with those funds between the award’s acknowledgement and the actual distribution of the money.

“The U.S. was not having any investment plans or programs, and they were not meeting with their beneficiaries to develop those,” McCoy said.

A 1980 report concluded that much of the trust money was continually kept in 1-year Treasury bills, which are low-risk and low-interest, McCoy noted.

However, the U.S. Treasury and Department of the Interior could not provide an accounting of the funds, rendering the government unable to say “where the money came in and where it went out,” McCoy said. That led the tribes to pursue a legal strategy that ultimately culminated in the latest settlement.

The class-action lawsuit on behalf of the Pembina Band’s funds began in 1992, headed up by the Native American Rights Foundation. The suit claimed the Department of the Interior had mismanaged the funds it held in trust.

The claim languished in federal civil court until Barack Obama was elected president in 2008, McCoy said.

“When he campaigned to be president, Obama promised Indians and tribal leaders that he would seriously consider negotiated settlements of all of these trust fund historical claims,” McCoy said.

The Obama administration began settling similar cases in 2009, McCoy said, beginning with $3.4 billion awarded to the Blackfeet Tribe as a result of 1996’s Cobell v. Salazar.

“As soon as he settled Cobell, all of the tribes wrote to Obama and congratulated him and asked about their tribes, and he proceeded to settle most of the other claims for about $3.3 billion,” McCoy said. “Unfortunately, the Pembina settlement was a little more complex, so it wasn’t until the Trump administration approved the settlement that moved things along.”

The complexity in the Pembina Band case related to the two separate awards — $280,000 for the 1863 treaty involving the Red River Valley Lands in North Dakota, and $53 million for the 1890 McCumber agreement involving 10 million acres of land near the North Dakota-Canada border.

The Trump administration and the tribes reached the deal in November 2020, agreeing to a comprehensive settlement for $59 million. The United States District Court approved the preliminary settlement in late March. A fairness hearing is scheduled for June 10.

McCoy said the bulk of the money awarded directly to tribes will go to the Turtle Mountain Chippewa, who will receive $6.5 million. The Chippewa Cree will get a little less than $1 million, and the White Earth Chippewa will get about $328,000. An additional $500,000 will go to the Little Shell Chippewa of Montana, whose ancestors were involved in the initial 1863 treaty.

Roughly $40 million will be distributed to individuals involved in the case, which McCoy believes will be split up between “38,000 to 40,000” people.

McCoy said the funds could mean a significant effect for those tribes and individuals.

“Turtle Mountain and Chippewa Creek are poor tribes; they’re not casino-rich tribes. They have small casinos, but they’re not casino rich,” McCoy said, noting that 30-40 percent of people living on those reservations live below poverty level. “Little Shell is a newly recognized tribe, so they need money for everything.”

Peltier of the Turtle Mountain Chippewa said that while she couldn’t speak for the tribal council on the exact use of the $6.5 million, the effect of the distribution could be huge for the North Dakota tribe’s members.

“Today, I would hope that this money would be spent in such a way that would help our future generations, because the future generations will not be a part of the payment,” Peltier said. “If we could invest our money in something, if every family bought land with it or put it in a college fund, that would be good.”

She said the Pembina Treaty Committee, which involved many of her family members and friends, made suggestions for the 1980 award money when it finally arrived. The uses included community gardens, wild berry projects, energy saving homes for the elderly, daycare services, attorneys and more.

“These were the dreams of people like Elma Wilkie, my mother. They came up with these back in 1979,” Peltier said. “I would hope that our people would work toward some of that yet.”

For Peltier, the money is far from the most important aspect of the case. Instead, it’s correcting the record and acknowledging her people’s unfair treatment that she most treasures.

“The money will soon be spent by our people, as was the 1980 award, because we live in poverty and there’s hardly any work here,” Peltier said. “The good feelings from receiving this money is that the government recognizes our rights. The injustice of our history is now being resolved, and it’s not just me, it’s all of these people. It’s all of our ancestors, and we have to thank them. I give them thanks.”