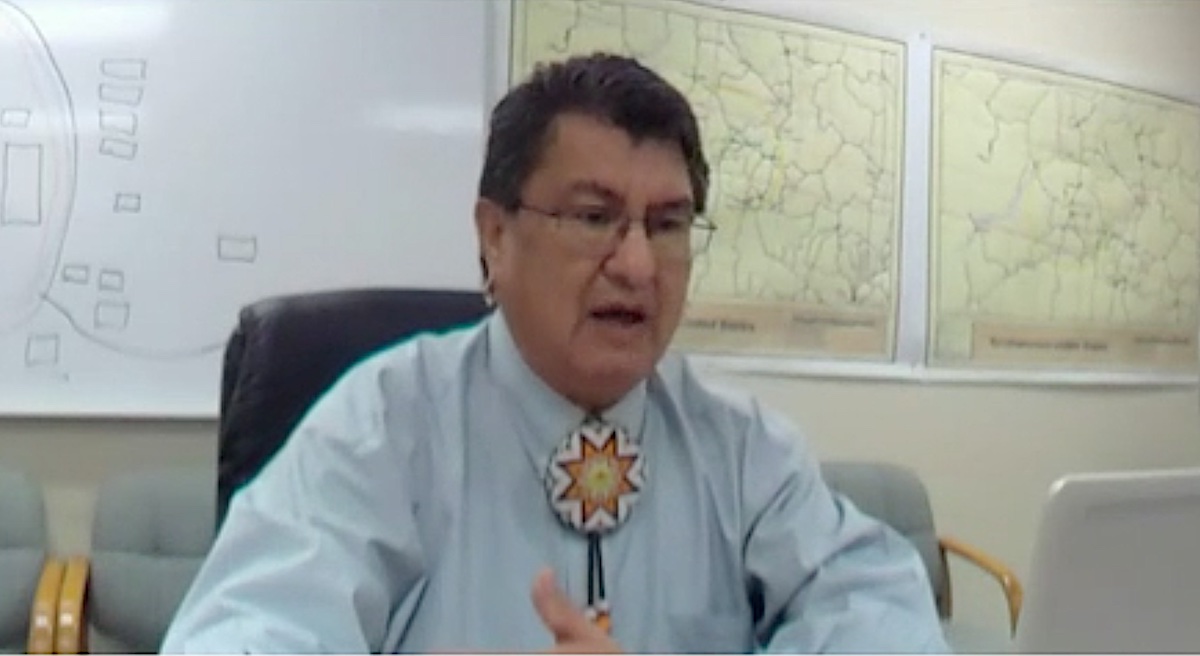 Tribal leaders and advocates from across the country shared that message in a roundtable discussion with the U.S. Senate Committee on Indian Affairs on Jan. 12, during which they aired concerns and grievances about their communities’ lack of access to viable broadband connections.

Leaders presented on issues ranging from the National Telecommunications and Information Agency’s Tribal Broadband Connectivity Program application process to concerns about coordination between state, tribal and federal governments in allocating historic (yet still insufficient) funding into solving the digital divide.

“Areas of concern are telehealth, education, access to just general stuff,” Ute Mountain Ute Tribe Chairman Manuel Heart said during the session. “We have no fiber that comes straight into the community of our reservation, and we are not in an area where we live wherever we want. We have to try to find ways and dollars to get the internet to each one of the homes.”

Panelists fielded questions from senators on the committee about how best to improve federal support for tribal broadband projects and programs. Senator Jon Tester, D-Montana, asked what steps were necessary to strengthen coordination between government agencies and tribes.

Matthew Rantanen, the co-chair of the National Congress of American Indians Subcommittee on Technology and Telecommunications said tribes should be involved in not only federal conversations, but also state discussions as well.

“The recommendations are, if you don’t have relationships with your state government, to develop some of those state relationships around broadband,” Rantanen said. “As we’re seeing in many states like California and some others, they’re actively pursuing broadband solutions at the middle mile level, and the tribes should be in those conversations (for) those development projects in order to understand the benefits coming to them.”

Hallie Bissett, executive director for the Alaska Native Village Corporation Association, noted that those relationships could become complex as questions arise about land ownership and cooperation between multiple agencies, private entities and tribes. Bissett pointed to the network of ownership in many areas in Alaska as an example.

“Such complex and significant land ownership structure by the government, and by the state, and by the Alaska Native Corporations really demand coordination, so we’re grateful for the work that was put in by senators to make sure that the state did create these broadband offices to coordinate with the government,” Bissett said. “Coordination is going to be key to deploy some of these funds.”

American Indian Higher Education Consortium President and CEO Carrie Billy highlighted a snarl in the relationship between states and tribal colleges, which require more than just the FCC’s base definition of a viable broadband connection — 25 megabytes per second download, 3 megabytes per second upload — to function properly.

Bissett said the connectivity divide in Alaska is even more severe than it appears in the FCC’s data, noting that 233 communities lack any service. “And those are all Alaska Native villages,” she said.

Alongside Heart from the Ute Mountain Ute Tribe, Bissett stressed the need for investments in hardwired backhaul for long-term usage and service.

“That’s a long-term asset that cash flows maybe not really sexy profits, but it is something that would make a meaningful investment for tribal entities to actually own and be a part of,” Bissett said.

Rantanen also highlighted the application process for the NTIA’s Tribal Broadband Connectivity Program, which received $5.9 billion in requests for $900 million in available funding at the time. The available funding has grown to $2.9 billion thanks to last year’s infrastructure bill, though NTIA is fielding whether or not to take new applications for the added funds.

“I think one of the biggest descriptors right now is that we had a billion dollars flow through NTIA in an application process, and we only saw about half of the tribes apply,” Rantanen said. “That is a huge identifier that there’s not enough capacity in the tribal space around navigating these applications.”

The window for applications for the $900 million was from June to September of 2021, leaving many tribes unable to apply or even convene to discuss the application because of ongoing COVID-19 issues, Rantanen said. Moreover, webinars and digital events did little for tribes who were unable to connect to the internet to view them, he added.

“The window was very very short, and we had tribes that never even got their tribal councils together to get a resolution to support those applications,” he said. “They did not have access to attend some of those webinars. You missed half of the tribes in the application process.”

Perhaps the sharpest remarks in the roundtable conversation were reserved for broadband mapping, which currently relies on census blocks to determine coverage in each region of the country.

“If we had nothing, we could use our intuition. Instead we have actual bad data, which leads policymakers at the legislative level to engage in magical thinking about who has broadband connectivity and who doesn’t,” Schatz said. “It has to do with how the corporations want to count connectivity. It’s having an army of really well-educated individuals who work as hard as they can to remove their common sense when they’re trying to analyze whether people have connectivity to the internet.”

“You can’t make a call with that; that should not be counted as service,” Haase said.

Bissett echoed the sentiment, saying that Alaska should have regional advisory community boards at the municipal or tribal government level to provide localized data.

“We really think it’s going to take community-level engagement to get there; you can’t rely on private entities,” she said.

Rantanen said that ultimately, better mapping would require a total shift in how data are collected and communicated to legislators.

“The No. 1 thing that can happen is changing the way that (the census bureau’s data) is reported. That is essentially the carrier’s marketing map that they’re promoting to the FCC as coverage. What needs to be reported is actual coverage, actual households served, actual speeds at locations, actual dollars spent for those speeds,” Rantanen said. “The FCC needs to use actual data, not projected marketing maps.”

Committee Vice Chair Sen. Lisa Murkowski, R-Alaska, concluded the roundtable with a request for teamwork and collaboration, as well as further conversation down the road.

“I really think that we need to be thinking more broadly in terms of the consortium, in terms of the collaborative effort. We’ve got a lot to be working on,” Murkowski said. “I think our committee has an important role from an oversight perspective, but also from the perspective of being able to bring people together, to bring some best practices to be shared that really work to bring up all of Indian Country.

“We have an unprecedented opportunity, we have a moment in time. We need to be working together, and I think these conversations are a big part of that.”