BENTON HARBOR, Mich. — A new partnership hopes to improve the technical assistance available to Native American entrepreneurs in Southwest Michigan so they can have an easier time turning their business ideas into new startups and access funding. 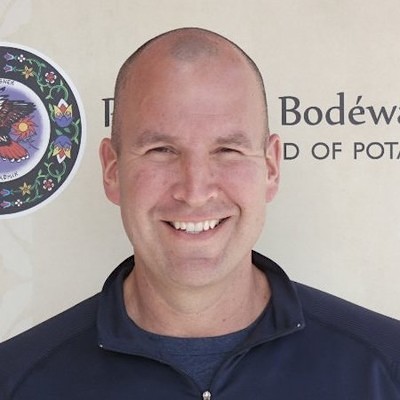 Chi Ishobak Inc., a Dowagiac, Mich.-based Native community development financial institution (CDFI) launched by the Pokagon Band of Potawatomi Indians, had always provided technical assistance to tribal entrepreneurs as part of its suite of services, which are aimed at improving the financial capacity of tribal members.

The nonprofit lender is broadening and beefing up that small business technical assistance via a new partnership with the Women’s Business Center housed within the Benton Harbor, Mich.-based Cornerstone Alliance, a regional economic development organization for the southwestern corner of Michigan.

“I understand what I do here, I understand business 101, but I’m not going to pretend to understand every industry and what goes into business planning, financial projections, market analysis for those particular industries,” said Chi Ishobak Executive Director Sean Winters.

Under the new partnership, Chi Ishobak will refer entrepreneurs and small business owners to the WBC, a U.S. Small Business Administration-designated resource provider that assists women, people of color, veterans, and socially or economically disadvantaged individuals across Berrien, Cass and Van Buren counties.

The WBC team will work with the Native entrepreneurs to vet their ideas, develop a business plan and ultimately launch a new venture. In turn, Chi Ishobak will work with qualifying startups to help them access capital via the CDFI’s commercial loan program.

“I feel 100-percent comfortable with being able to introduce our entrepreneurs, our tribal citizens, to the WBC and know that they’re going to get all of the information that they need to plan, prepare, and ultimately launch a project or an idea,” said Winters, a citizen of the Pokagon Band. “I’ve got nothing but full confidence that our folks are getting above and beyond the resources that they need. We’re just super excited about this opportunity.”

Kristen Patzer, who has worked at the WBC for two and a half years and was named its director in June, said the center has relationships with other referral organizations. However, what makes the new partnership unique is that Chi Ishobak is a CDFI that can also lend to clients, allowing the partners to offer a full continuum of support for Native entrepreneurs.

“The partnership with Chi Ishobak was very organic,” Patzer said. “We work with clients from the idea phase all the way through to fruition. It’s a very natural partnership where Sean’s organization is lending the money, hopefully, if the idea has been vetted and it’s viable. That’s exactly what our organization does.”

Patzer describes the WBC as playing a “matchmaker” role for entrepreneurs and small business owners to find the local, state and federal resources they need to launch or grow their companies. For example, the WBC is housed within Cornerstone Alliance and has access to its business support services. As well, Cornerstone Alliance also works with the Michigan Economic Development Corp. to help companies tap into state resources.

Likewise, the WBC is part of the SBA’s national network of entrepreneurship centers and can draw on the agency’s trove of programming and resources to assist Native entrepreneurs.

“Ultimately, we’re trying to give the best assistance we can to individuals,” Patzer said. “It’s win-win for both of us because we want to reach as many clients as we can and just spread the word about the great work that both of our organizations are doing. A partnership is the perfect way to go about that.”

About 70 Native CDFIs operate around the country and work in predominantly Native communities to provide a range of financial services including credit improvement training, financial wellness, personal loans and small commercial loans.

The nonprofit lenders are funded by a range of public and private sources, but most rely on allocations from the U.S. Department of Commerce’s CDFI Fund, which includes an annual set-aside known as the Native American CDFI Assistance (NACA) Program.

While Congress appropriated $21.3 million for the NACA program for the 2023 fiscal year, a 30-percent increase from the prior year, Native CDFIs submitted more than $32.4 million in requests for this year’s round of funding, according to data from the CDFI Fund.

The Native CDFI Network estimates the annual need in Indian Country at about $50 million.

One of three Native CDFIs in Michigan, Chi Ishobak in 2021 received a $125,000 technical assistance grant under the NACA program aimed at building organizational capacity, and in 2020 received a $700,000 financial assistance award. Last year, Chi Ishobak also received a nearly $1.3 million award under the CDFI Fund’s Rapid Response Program intended to help CDFIs respond to pandemic-related economic challenges in their communities.

According to Winters, the goal with the WBC partnership is to leverage resources and provide the most meaningful and effective services to ensure the success of Native entrepreneurs, which will improve the tribal economy and the Southwest Michigan region as a whole.

“I just like knowing that it’s adding another level of robustness to our program and what our entrepreneurs actually can receive,” Winters said. “It’s really exciting to be involved with other like-minded professionals that we’re not competing with, we’re trying to build capacity.”