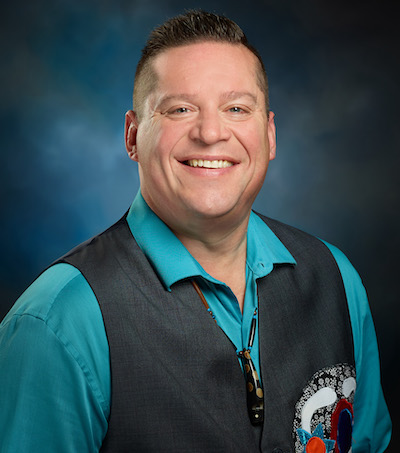 United Tribes of Michigan is a membership organization open to all federally recognized tribes within the state. The organization provides a platform for the tribes to address issues and advocate for common interests such as sovereignty, treaty rights and Native American culture.

“We’re able to really focus on the situations that have impact on all of our communities, whether that be education or missing and murdered Indigenous people,” Stuck said.

The United Tribes of Michigan holds regular membership meetings as well as hosts an annual summit with the governor and other state leaders. The organization also maintains close working relationships with the tribal liaisons for each of the state departments.

These relationships allow the organization and its members to push for policies that work in Indian County and to advocate for the best interests of Michigan’s tribal communities.

“When you come with a resolution on an issue that’s adopted by all 12 sovereign nations in the state of Michigan, that holds a lot more weight than if the individual tribes act on their own,” Stuck said. “We’re really able to hone in on those subject matters that impact all of us and truly have that government-to-government relationship at all different levels to make sure our voices are heard and that our matters are paid attention to.”

A graduate of Central Michigan University, Stuck has served on the Nottawaseppi Huron Band of Potawatomi tribal council since 2006 and has held the chairperson position since 2016. He also is chair of the tribe’s education committee and treasurer for the FireKeepers Casino local revenue sharing board.

Additionally, Stuck is chair of the Native American Heritage Fund, which provides educational resources related to Michigan Indian history. He also is an ex-officio board member for Grand Rapids, Mich.-based Waséyabek Development Co., the non-gaming investment arm of the tribe.

United Tribes of Michigan Executive Director Frank Ettawageshik, whom Stuck considers a key mentor, is looking forward to Stuck’s leadership of the organization.

“He is very engaged on the local, state and national levels, and we look forward to working with him on issues affecting Indian Country,” Ettawageshik said in a statement.

As president of the organization, Stuck plans to keep on top of a handful of issues, including treaty rights, education and the legacy of boarding schools. Specifically with regard to treaty rights, the organization has been steadfast in its commitment to have the Enbridge Line 5 pipeline decommissioned in the Straits of Mackinac.

He’s also hopeful for a resolution in the ongoing, draw-out consent decree discussions that will determine the management of treaty protected tribal fishing rights in parts of the Upper Peninsula and northern lower Michigan.

EDITOR’S NOTE: A version of this story was first published in MiBiz and is republished with permission.