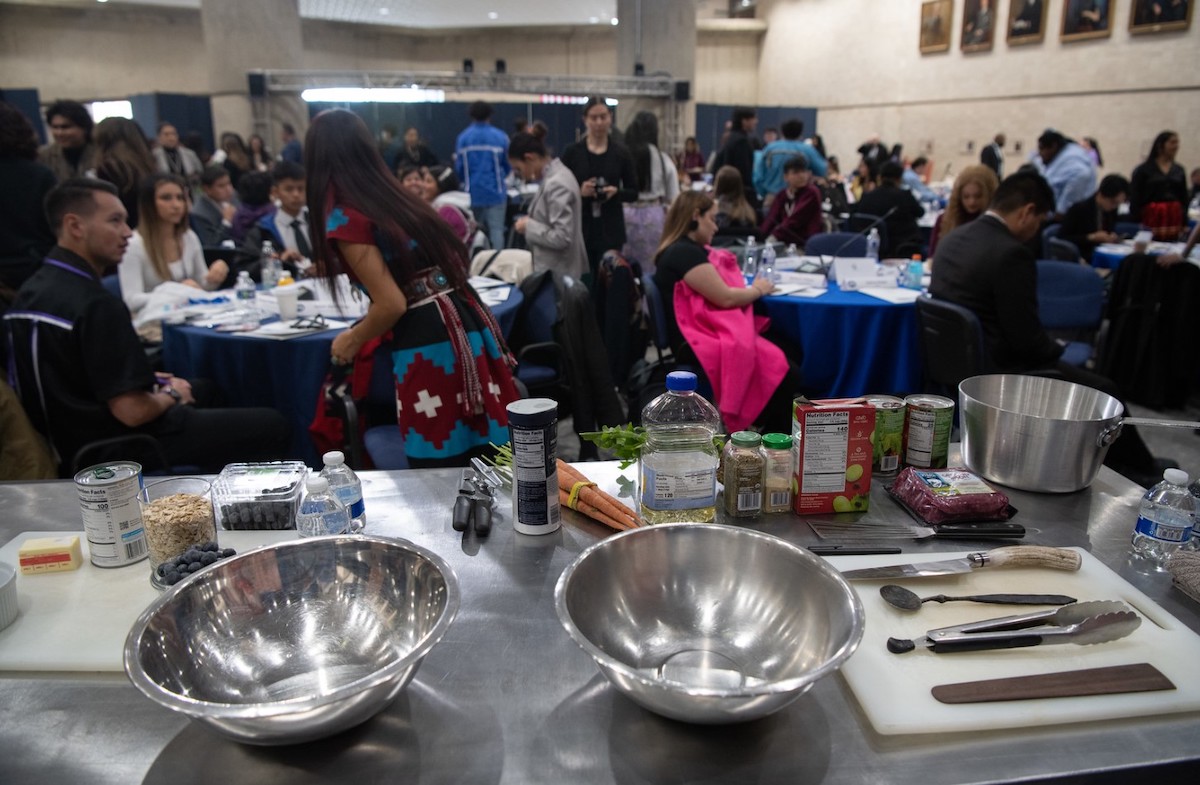 Pandemic-prompted supply chain disruptions and a growing movement to return to traditional diets have fueled a wave of tribal food sovereignty efforts across the country, which are now getting an extra boost from the U.S. Department of Agriculture.

The USDA recently announced a wave of partnerships and funding for food sovereignty projects, working with an array of collaborators to provide training materials, hub organizations, and multimedia productions focused on building insular, self-sufficient food systems.

“The United States government hasn’t always incorporated Indigenous views and values into our work, and that’s particularly true within the food and agricultural space,” said Heather Dawn Thompson, director of the USDA Office of Tribal Relations and a member of the Cheyenne River Sioux tribe. “We’re taking this moment to rethink how the United States Department of Agriculture interacts with and thinks about Indigenous foods and Indigenous farming and ranching techniques.”

“I think expressing interest is important. Before, it was just forcing food on us, but now they’re actually listening to us as Natives and wanting to understand ‘what was your diet naturally,’” Iron Cloud said. “It was an interesting experience working with them.”

In another example, the USDA worked with the Native-led nonprofit North American Traditional Indigenous Food Systems and Chef Sean Sherman (Oglala Lakota) to create a series of recipe videos using ingredients found in the Food Distribution Program on Indian Reservations.

Available recipes, both in video and PDF formats, include bison meatballs, chicken and nettle pozole, and mulberry rosehip bars, among others.

Another project prepared by Iron Cloud and Taos Pueblo/Yaqui member Addelina Lucero lists best practices for harvesting wild foods and plants, including instructions on how to keep operations sustainable. Viewers can also find a list of available plants in particular regions, as well as their potential uses.

Their instructions point to tips like ensuring one only takes what one needs, leaving plants available for the local ecosystem, and to avoid polluted areas like highways or heavily populated regions.

“If you are harvesting watercress from a polluted waterway, you could get a parasitic infection. Or, if you are harvesting cattails from a roadside ditch, the cattails will probably contain heavy metals from vehicular runoff,” write Iron Cloud and Lucero in the manual. “Just be aware and ask lots of questions from your local roads department, your parks and recreation department, and your community.”

Thompson said the agency was “excited” about this latest approach to food sovereignty initiatives, and planned to expand those efforts in the future.

“It’s possibly reversing around 200 years of federal policy,” Thompson told Tribal Business News. “These cooperative agreements and training materials are some of the most visible in the deliverables department, but the initiative is multifaceted.”

The USDA’s support builds on a surge of attention to the food sovereignty movement in the wake of COVID-19.

Tribes across the country have begun building self-sufficient systems in different ways, including educating their members on how to harvest, hunt, or gather traditional foods, or securing their own ingredients for federal food distribution programs.

“USDA is committed to empowering tribal self-determination and bringing Indigenous perspectives into agriculture, food, and nutrition,” Vilsack said in a statement. “These new videos, publications, and guides will support Indian Country and educate the wider agriculture community.”