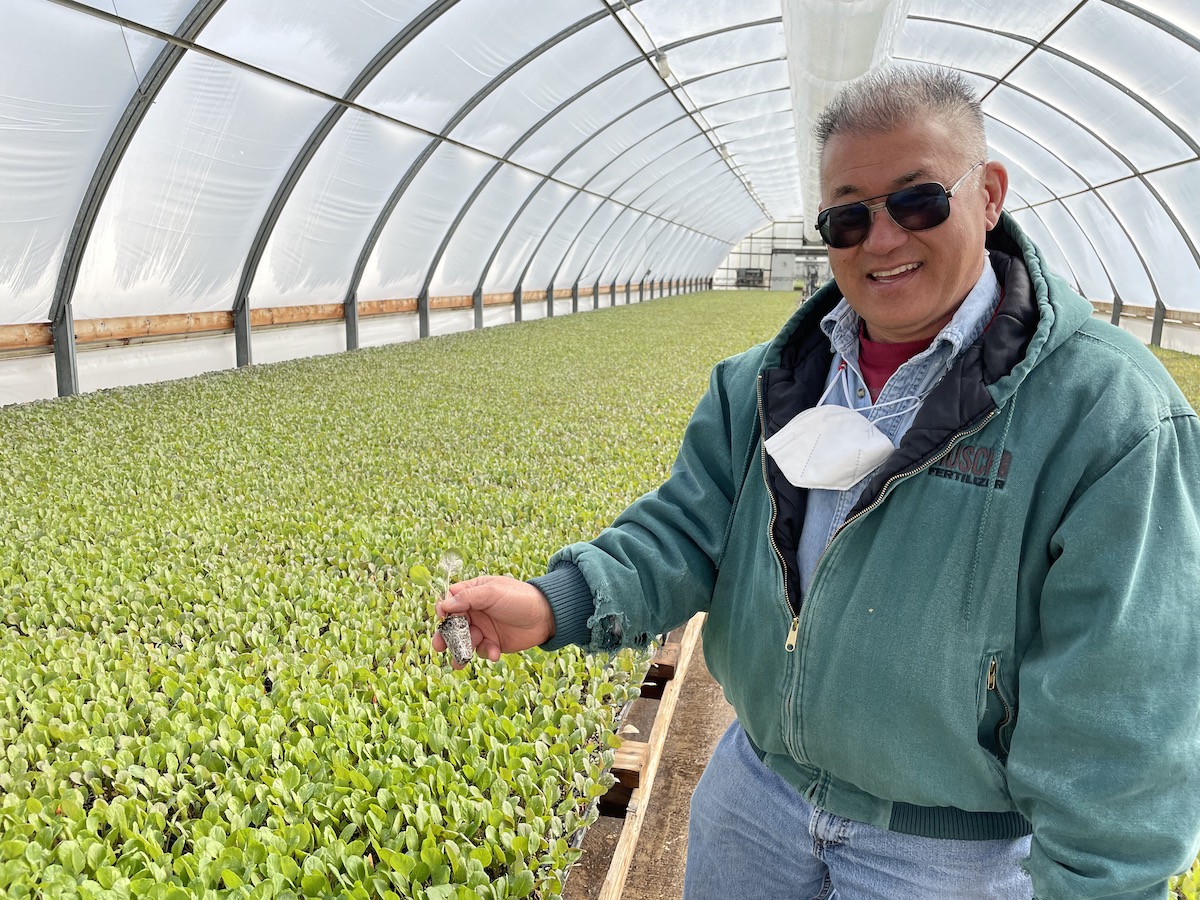 WAPATO, Wash. — As Lon Inaba and his siblings started to contemplate retiring and selling their family farm in south-central Washington, he heard a report that the Confederated Tribes and Bands of the Yakama Nation wanted to break into the agricultural industry.

The report about the tribe’s interest in beginning farming and operating a packing house and cold storage facility sparked Inaba to reach out to Yakama Nation, which had adopted a plan in 2019 that called for the creation of an agricultural enterprise.

“I made the offer that we were ready to retire and (Yakama Nation) kind of jumped at it,” Inaba told Tribal Business News.

The tribe, via its Yakama Nation Farms entity, completed the purchase of Inaba Produce Farms Inc. on Nov. 1, 2021. In many ways, the process marked a fitting return of the land to the tribe from whom the Inaba family purchased it many decades earlier.

The third-generation Inaba Produce Farms was founded by Shukichi Inaba, who immigrated from Japan and settled in Wapato in 1907. Laws in place at the time prevented many Asian immigrants from owning land, so Inaba and his brother Tomoji Inaba leased 120 acre of land from Yakama Nation to start their farm. At the time, the brothers used horses and manual labor to transform the sagebrush to cropland and construct irrigation.

Throughout the decades since, Inaba Produce Farms has grown to encompass approximately 1,500 acres within the territory of the Yakama Reservation. The company grows a range of crops, including asparagus, green beans, corn, concord grapes, watermelons, onions, various peppers, zucchini, tomatoes, tomatillos and winter squash.

The farm had been led by the third generation of the Inaba family, including Lon and his siblings Wayne, Norm and Diane. Their mother, Shiz, also remained involved in the operation at the time of the sale.

Lon Inaba said that when he spoke with his mother about the possibility of selling the farm, she told him: “If we’re going to sell to anybody, I’d like to sell to the tribe.”

“I think my grandparents would appreciate it, the fact that we can help support the people who supported them in the past,” said Inaba, who serves as the operations manager of the farm.

Inaba has put his life into this farm and he did not want to see that work diminished. He said he knew transitioning the farm to the Yakama Nation would fit with his values in organic and diversified farming, attention to local needs and giving back to the community. As well, his workers could continue working at the farm.

“I think transitioning our operation to a tribal entity is probably the most logical step,” Inaba said.

In addition to the environmentally friendly farming methods, the operation also includes ice production capabilities, which Inaba said presents a “fantastic opportunity” for the tribe to offer to tribal fishermen.

Virgil Lewis, board chair of Yakama Nations Farms and vice chairman of the Yakama Tribal Council, said the family’s sale of the farm to the tribe “honors our historic relationship” and helps the tribe advance its food sovereignty initiatives.

“We can use the farmland to feed our own people and we can provide food for other entities within our region,” Lewis said.

Growing up, Lewis also had a connection to the land. His father was a farmer and taught him about the importance of the land, which served as a major inspiration for Lewis to work via the tribe to purchase the farm.

As well, the company was also firmly rooted in helping the community. For example, the farm works with groups to simultaneously address food waste and help feed hungry people in Washington State.

According to Inaba, working with grocery store chains creates a cycle where farms overproduce to ensure they can keep up with the demand from groceries and maintain business with them. Rather than waste excess production, Inaba Produce Farms began working with and providing food to Northwest Harvest, a statewide hunger relief nonprofit.

The sale to Yakama Nation initially drew questions from the nonprofit, which was concerned about whether the tribe would continue with the project, according to Lewis, who said he reassured the organization that the tribe would like to find ways to increase the amount of food the farm provides to help feed more people.

Inaba has agreed to stay on for three years to help with the transition. He says he and his siblings have more than three generations of information about how the farm works and plan to work with a team to organize this data as part of the transition process.

Another part of the transition plan is a teaching phase. Inaba hopes to share his knowledge and bring in younger people to learn.

“I’m really happy to make this transition and I’m proud of it,” he said.

“We are lucky to have a 1,500-acre farm that is very successful, but I see it growing in so many different directions from here,” Lewis said. “My goal is for my grandchildren, my great-grandchildren to receive the benefits of this farm.”