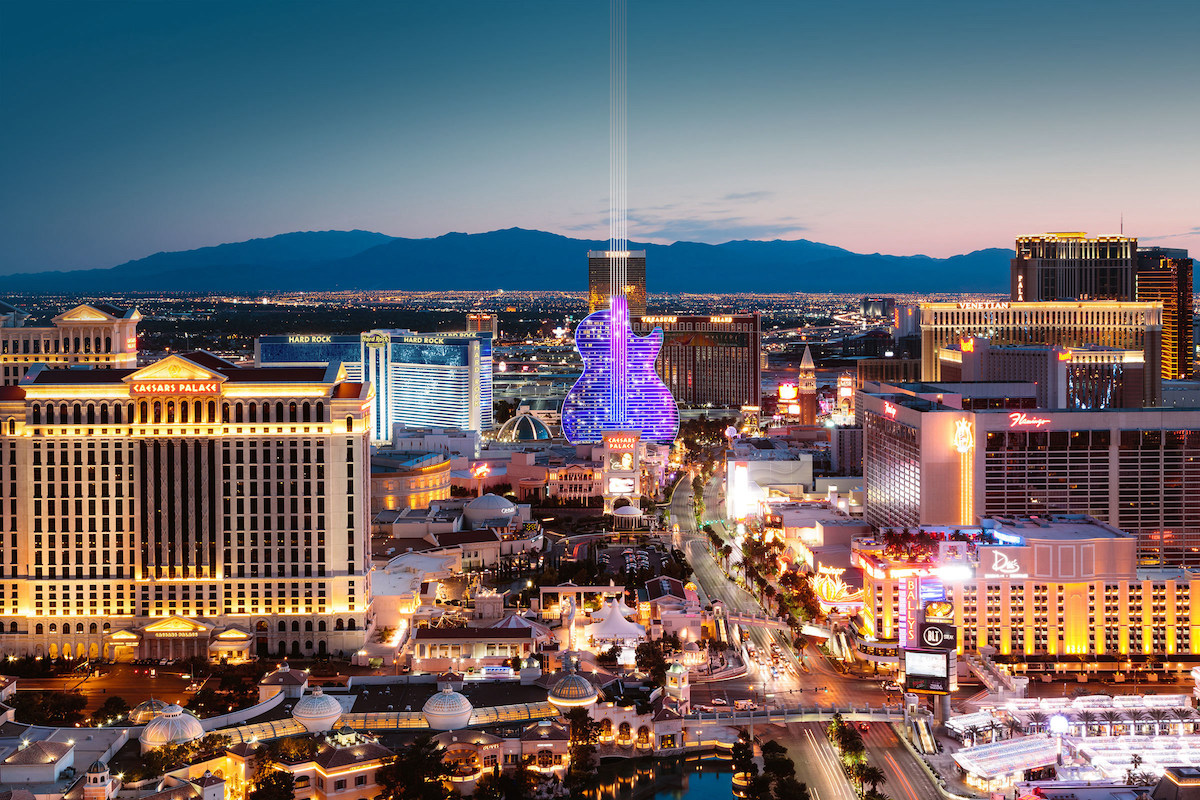 LAS VEGAS, Nev. — The Seminole Tribe of Florida intends to make a major splash on the Las Vegas strip.

The tribally owned Hard Rock International brand yesterday announced it had signed a nearly $1.08 billion deal to acquire the operating assets of The Mirage Hotel and Casino from MGM Resorts International.

The deal, which is expected to close in the second half of 2022, pending regulatory approval, would pave the way for Hard Rock to eventually build a new guitar-shaped hotel on the Las Vegas strip, similar to its iconic flagship location in Hollywood, Fla.

Hard Rock also plans to bring on 3,500 employees that currently work for The Mirage.

“When complete, Hard Rock Las Vegas will be a fully integrated resort welcoming meetings, groups, tourists and casino guests from around the world to its nearly 80 acre center-Strip location,” Hard Rock International Chairman Jim Allen said in a statement.

As part of the deal, Hard Rock will enter into a long-term lease with VICI Properties Inc., which is acquiring the real estate as part of a $17.2 billion deal with MGM Growth Properties LLC that was announced in August and could close in the first half of 2022.

Hard Rock will pay VICI Properties $90 million in annual base rent for a 25-year term, with three 10-year options, according to a statement from the New York-based real estate investment trust.

Under the agreement with Hard Rock, VICI’s Partner Property Growth Fund also could fund up to $1.5 billion in the redevelopment of The Mirage. VICI notes specific terms of the redevelopment deal are under discussion between the two companies.

MGM Resorts International originally acquired The Mirage in 2000 as part of a $4.4 billion multi-property deal with Steve Wynn’s Mirage Resorts Inc. MGM expects to net $815 million from the transaction with Hard Rock International.

“This transaction is a significant milestone for MGM Resorts, and for Las Vegas,” MGM Resorts International CEO & President Bill Hornbuckle said in a statement. “As part of the team that opened The Mirage in 1989, I know firsthand how special it is, and what a great opportunity it presents to the Hard Rock team.”

Hornbuckle told analysts in an August conference call that MGM was “in the early stages” of selling The Mirage.

“Doing so will allow us to maintain our existing Las Vegas exposure while focusing on the complementary and diverse nature of our offerings in our hometown,” Hornbuckle said in the call. “The campus also sits on approximately 77 acres that provides attractive development opportunities to capture large amounts of foot traffic. Mirage has served us well over the years, and we’re certain it will remain a success with a new operator in the future.”

According to MGM, the sale price for The Mirage was 17 times the property’s 2019 adjusted earnings before interest, taxes, depreciation, amortization of $154 million.

In the deal, MGM will retain The Mirage name and brand and license it to Hard Rock royalty-free for up to three years as it finalizes its plans to rebrand and redevelop the property.

For Hard Rock International, the transaction follows a June 2020 deal in which it acquired the rights to the Hard Rock brand in the Las Vegas market from Houston-based Juniper Capital.

The original Hard Rock Las Vegas, which the Seminole Tribe’s Hard Rock International had no involvement in, closed in February 2020.

News of tribe’s interest in opening a commercial casino on the strip first emerged in October 2019, when Allen said in a Bloomberg report that Hard Rock International was eyeing a property on the Las Vegas Strip as “one of the possibilities” for a future hotel and casino, calling the location “a great opportunity for our brand.”

If the deal with MGM goes through, the Seminole Tribe would be the third Native American tribe to operate a commercial casino in Las Vegas.

Uncasville, Conn.-based Mohegan Gaming and Entertainment, an enterprise of the Mohegan Tribe of Connecticut, operates the casino inside the refurbished Virgin Hotel, which took shape at the original Hard Rock Las Vegas location. As well, the San Manuel Band of Mission Indians is nearing completion of a $650 million deal to acquire the Palms Casino Resort from Station Casinos LLC, a division of Las Vegas-based Red Rock Resorts Inc.

In the deal for The Mirage, Hard Rock International was advised by Barclays, with Jones Day serving as a legal adviser. Fox Rothschild LLP and McDonald Carano LLP are acting as special gaming counsel.

​​Bank of America Securities and PJT Partners served as financial advisers to MGM, which was advised by the law firm of Weil, Gotshal & Manges LLP.