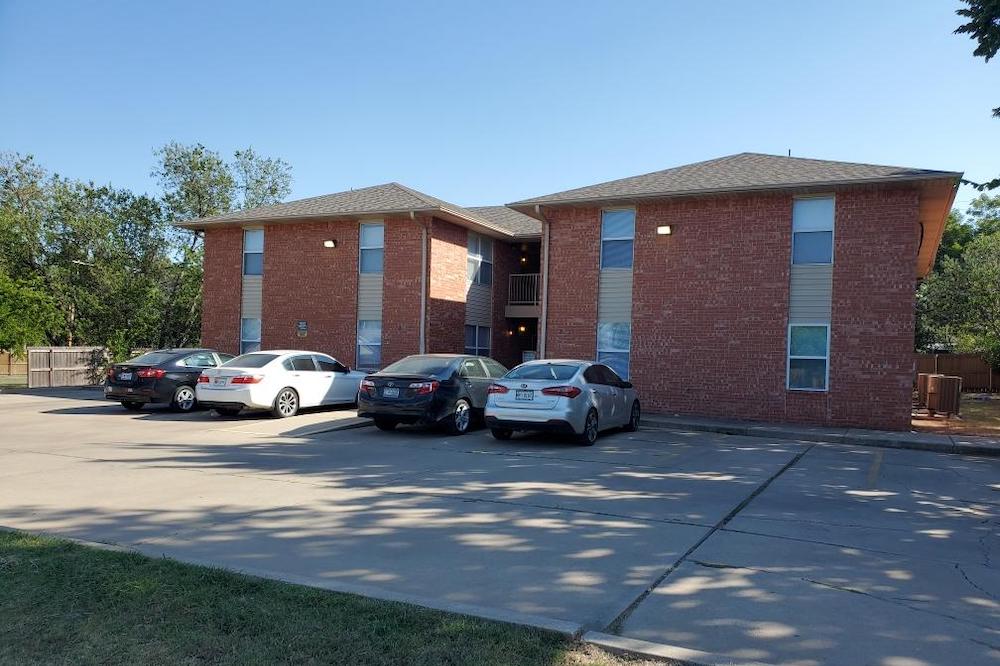 LAWTON, Okla. — The affordable student housing provided to tribal members by the Comanche Nation Housing Authority may look familiar. That’s because parents and other family members may have lived in the very same units a generation ago when they went to college.

The tribe has been making the housing — a single two-story building with eight apartments and a breezeway — available to students for at least 20 years, according to Nora Sovo, deputy director of CNHA, which is based in Lawton, Okla.

Forty-eight low-income students in the past decade have lived in the housing, which is just one block from the local Cameron University, said Sovo, and many more have lived there before that.

“There’s always a need,” Sovo told Tribal Business News. “The tribe is a big fan of education, and the housing authority wants to do its part.”

The tribe currently has a waiting list for the housing, but it is pretty manageable, she indicated. Three people are on the waitlist presently, with two more slated to move in shortly.

Each unit has a living area, a kitchen and a dining area, and laundry facilities are available onsite. Parking is available adjacent to the housing. Unlike college dormitories, student tenants living at the building do not have roommates.

Recipients of the housing are “very thankful” for it, she said. “They have expressed that they are.”

One of the more recent students worked at the housing authority, and the housing helped him improve the quality of his life greatly.

“I started my journey homeless and staying on friends’ couches,” said Major Pewenofkit, a recipient of CNHA’s student housing program. “CNHA supplied me with the framework and tools I needed to succeed at a time in my life where I was really struggling to figure things out.”

During his schooling, Pewenofkit worked as a maintenance clerk at the housing authority. After graduating from Cameron University, he got a job directing the tribal gaming commission.

The Comanche Nation is located southwest of Oklahoma City in Lawton. The tribe has a five-county housing service area under the Native American Housing Assistance and Self Determination Act (NAHASDA).

Students are required to pay monthly rent if they have income, said Sovo. Rent is calculated at 20 percent of their adjusted annual income divided by 12.

“My rent was based off my wages, which helped me increase the amount of income I was able to save and spend on other necessities like food,” said Pewenofkit. “CNHA also took care of the apartment’s repairs and maintenance, allowing me to focus on my schoolwork without stress and save more money.”

He added: “The program helped me throughout my entire college career and got me to where I am now. I truly believe I wouldn’t have gotten my degree without the support and help from CNHA.”

Students do not have to move out of the housing for the summer if they present proof of continuing enrollment at Cameron University. (Some residents attend other educational institutions, like Platt College and Great Plains Technology Center.)

Sovo cited data from the American Indian College Fund, which has reported that only 15 percent of Native Americans have a bachelor’s degree, which is less than half the national average. Affordable student housing can be a potent tool to boost that percentage, especially with how expensive college has become in recent years,  she said.

Attending public universities like Cameron come with financial burdens for students. In Oklahoma, the average student attending a public college pays $8,064 in tuition a year.

Sovo advised any low-income Comanche tribal members interested in the program to apply at the housing authority and get put on that short waiting list.

The endurance of the program has made it a traditional way for many tribal members to attend and graduate college and improve their career prospects.

In fact, Sovo said, the program now has its first third-generation member.