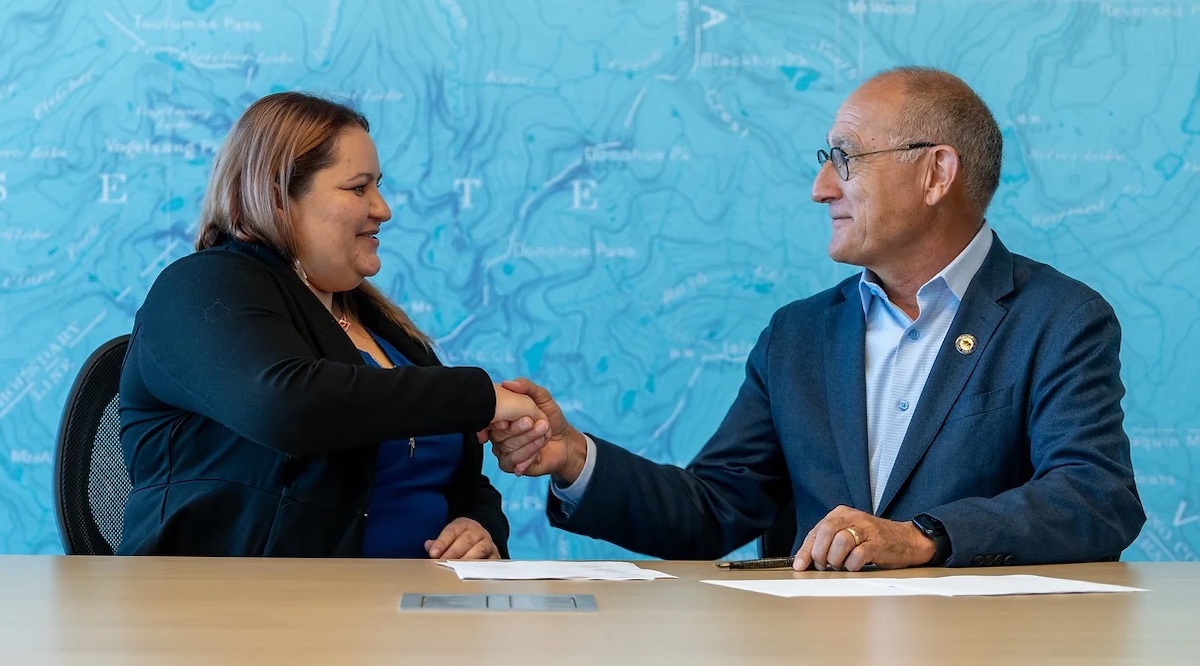 KLAMATH, Calif. — The Yurok Tribe and California State Parks have signed a far-reaching deal to facilitate the cooperative management, conservation and interpretation of traditional and natural resources on state park lands within Yurok ancestral territory.

As a result of the landmark memorandum of understanding and traditional tribal gathering agreement, Yurok Tribe citizens with a tribal identification card can now access state parks inside of the North Coast Redwoods District and within Yurok Ancestral Territory to gather plants and minerals without applying for a permit. They can also access the parks to participate in tribal activities such as religious, spiritual, ceremonial, recreation and research.

Additionally, the agreement aims to reintegrate the Yurok Tribe’s traditional ecological knowledge into the management of natural resources within the parks.

“The agreement ensures that our traditions and culture, as well as our Traditional Ecological Knowledge, will continue to be passed from one generation to the next,” Yurok Tribe Chairman Joseph James said in a statement. “The reintegration of Tribal land management practices is essential to the long-term health of the redwood forest ecosystem.”

“State Parks is honored to build upon our relationship with the Yurok Tribe towards collaborative management and shared stewardship,” California State Parks Director Armando Quintero said in a statement. “When the Yurok Tribe and other California Native American Tribal Nations can access their ancestral lands and continue their cultural traditions and practices, all Californians will inevitably benefit.”

Previously, Yurok citizens were required to seek a permit from park representatives in Sacramento to harvest natural materials for ceremonial regalia, traditional basketry and plant medicines. The new agreement removes this barrier and creates a much more streamlined system.

“The agreement represents truth and healing in action,” Yurok Vice Chairman Frankie Myers, who is an appointed member of California’s Truth and Healing Council, said in a statement.

The agreement was made possible by California Governor Gavin Newsom’s Executive Order N-15-19, which acknowledged the state’s “prejudicial policies against California Native Americans.” The order also included a promise to strengthen the government-to-government relationship between the state and tribes. Following the order, the Yurok Tribe and California State Parks North Coast Redwoods District have partnered on more than a dozen projects and more are ongoing.

For example, the tribe now operates the Chah-pekw O' Ket'-toh “Stone Lagoon” Visitor Center, which is the only tribally managed visitor center within the entire California State Park system.