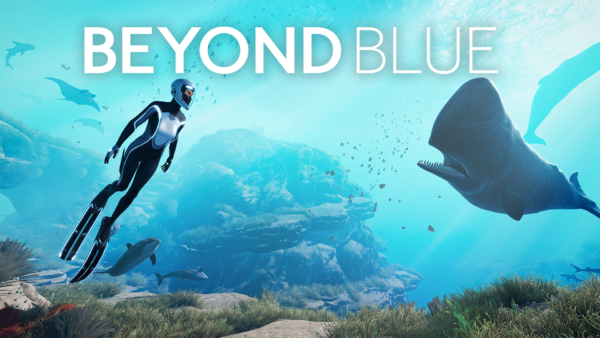 CHOCTAW, Miss. — A process that started off with identifying ways to encourage youth members of the Mississippi Band of Choctaw Indians to get more interested in STEM education eventually led to a new business strategy for the tribe.

The tribe’s Office of Economic Development has been working with New York City-based E-Line Media since May 2018 to develop a video game based on the Choctaw’s history and culture.

Through that process, the Tribe’s Office of Economic Development decided to develop an investment portfolio focused on video games, resulting in a co-investment in E-Line Media’s latest offering, Beyond Blue, an immersive game focused on oceans and the scientists trying to preserve them.

The investment, announced this week, came as the tribe and E-Line Media reached a development milestone in the Choctaw-based game.

“We said, ‘Do we want to invest some money in the videogame industry?’ and we stepped back and looked at the whole video game investment market,’’ said John Hendrix, director of economic development for the more than 11,000-member Mississippi Band of Choctaw Indians.

“The big takeaway was that the industry itself is growing, it’s larger than movies and it’s growing faster than movies, so it is a growth industry,” Hendrix told Native News Online. “But with that said, it’s like any other kind of media or entertainment — a book or a movie or whatever: If you do it once, you really have no idea if it’s going to work or not. We just said if we’re going to go into the videogame industry, we need to diversify our investments.”

By becoming a financial partner in Beyond Blue, the tribe effectively spreads out its investment risk in the industry, which Hendrix acknowledges is not for every tribal economic development and investment arm.

“The video game industry is risky. We’re placing one-off investment bets and you don’t know the outcome when you start,” he said. “I don’t want to make this sound like it’s easy or a no-brainer that everyone needs to consider doing. It’s got to be the right time and it’s got to be the right risk for your community.”

Hendrix said the Mississippi Band of Choctaw Indians has been methodical in its approach to the video game industry, which started more as an educational endeavor.

Inspired by E-Line Media’s work on Never Alone, also known as Kisima Ingitchuna, a BAFTA Award-winning video game that celebrates the storytelling and traditions of the Iñupiat people of Alaska, representatives from the Mississippi Band of Choctaw Indians reached out to the Cook Inlet Tribal Council that helped develop the game.

Those initial conversations led to a meeting with E-Line Media executives, who completed a landscape and opportunity analysis to determine the market potential for another Indigenous culture-based game, kicking off the process to develop the Choctaw-based game.

Hendrix said some tribal members took a bit of convincing that the tribe should invest in the video game industry.

“In the past, a lot of what we’ve done has resulted in brick and mortar, whether that’s a shopping center or a casino or a golf course or a manufacturing plant. This is a little more abstract than that,” he said.

The strategy shift required the partners to develop a 90-day working prototype of the video game so tribal members could better understand the intent and mission behind it, Hendrix added. That led to inclusive workshops in which youths and tribal elders worked together to develop the storyline and characters in the game.

“The youth were learning more about the traditions and the elders were able to watch the kids get excited. It was a really good process,” Hendrix said.

Finding a partner in E-Line Media that had experience working with Native people also marked a key element of the relationship.

“Knowing that the Cook Inlet Tribal Council was a stakeholder, that just gave us comfort that everybody’s mission was aligned for positive social impact,” Hendrix said. “The more we met with them, the more we thought through what it would take to make a video game based on history and culture and how important it would be to have an inclusive development process. We had comfort that they were going to do that and do it respectfully and do it thoroughly. The more we worked with them, the more comfort we got that they would be the right partners.”

According to a 2019 report from research firm GlobalData, the video game market is on track to become a $300 billion global industry in five years, expanding at a compound annual growth rate of 13 percent from 2018 to 2025. That expansion is expected to be driven largely by the increasing shift to mobile gaming, which should be about a $100 billion subsegment of the industry by 2022, according to GlobalData.

In some ways, the COVID-19 pandemic is responsible for the Choctaw-based game being ready for that mobile shift. The tribe had planned to hold an in-person esports event at the Choctaw Indian Fair, scheduled for July 8-11, but the need for social distancing called into question the viability of the competition, Hendrix said. That meant the tribe and the developers needed to pivot and fast-track development of the internet-based multiplayer version of the game.

“We’re trying to get it so the community can play it no matter where they are,” he said. “If they’re quarantined at home and they have internet and a computer, they can play the game. We had to change our priorities and make it internet playable faster than we had planned to.”

Based on the feedback from that version of the game, the tribe will then need to make some additional decisions about how aggressively it wants to move forward with completing the development, Hendrix said.

Regardless of whether the game is ultimately successful in the marketplace, Hendrix said the dual economic and social focus that fueled its development will make it easy to achieve a return on investment.

“I’m the economic development director, so I try to place bets that are going to have a positive return on investment and the risk, but I also try to do things like this — something we’ve never done before, a little more unpredictable — where we can’t lose,” Hendrix said. “Even if the return on investment is not what we hoped, we’ve still set up game-making workshops for the boys and girls clubs so we’ll have Choctaw youth that are learning how to make video games. Instead of just playing video games at home, they actually now realize they could have a career in video game making.

“We tried to structure it so that there’s more than one way to win. We try to make a good financial return on investment, we try to do some sort of social impact, which in this case was getting kids interested in the STEM education piece, and a workforce development component. We’re going to win either way.”