MANISTEE, Mich. — Eugene Magnuson took over as CEO of Little River Holdings on Jan. 1 with an aggressive plan to diversify the Little River Band of Ottawa Indians’ economy into a range of new ventures. Shortly afterward, COVID-19 came along, forcing the tribe to hit pause on some of those plans. 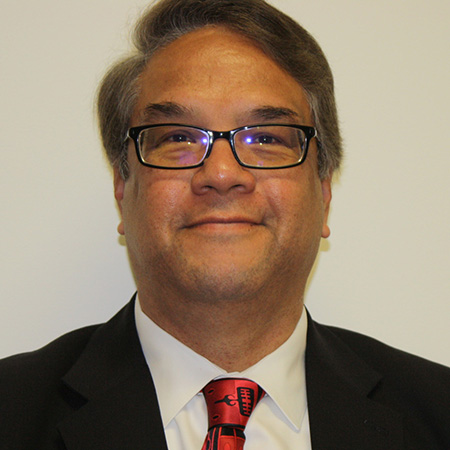 Magnuson used the extra time for due diligence and planning to position the economic development organization for a strong 2021. In spite of the delays caused by the pandemic, Little River Holdings continues to find business opportunities, particularly with residential real estate developments and consumer products.

In particular, Magnuson believes Little River Holdings’ health technology platform holds promise. The division includes InTerra Neutraceuticals and Advanced Protein Solutions, both of which use Michigan tart cherries as key ingredients. The tribe plans to market its patented Total Body Rhythm product as helping to reduce memory deficits in Alzheimer’s patients after the conclusion of a study at the St. Mary’s of Michigan Field Neurosciences Institute laboratory.

Meanwhile, Little River Holdings also is in the process of inking a contract with a food-marketing firm to bring its meat-and-cherry Magic Burger products to market in grocery stores across the country “in the first or second quarter of next year,” Magnuson said.

“We’re really encouraged by that,” he said, noting the tribe expects the Magic Burger “would resonate with a flexitarian out there.”

Previously, Magnuson was chair of Mno-Bmadsen, the non-gaming economic development and investment arm of the Pokagon Band of Potawatomi Indians, where he and his mother are citizens, and is now bringing his experience to bear for the benefit of his father’s tribe.

In addition to Little River Holdings, Magnuson also serves on the U.S. Department of Treasury Tribal Advisory Committee, which advises on taxation issues in Indian Country.

He spoke with Tribal Business News about how Little River Holdings adapted its strategies and where he hopes to take the organization in the future.

Within weeks of you officially joining Little River Holdings, the country went into lockdown because of COVID-19. How did that shift your priorities? What did you have to change immediately?

We had several business deals that we were looking to execute … and due to COVID, some got delayed. As COVID has started to thaw out a little bit, we picked up some of that conversation with some of those potential partners. Now, we’re actually working toward a couple of agreements.

For the holding company, we did many different things to minimize the effects on the operations. Like many organizations, we had to lay off staff. We took a look at any expenditure and minimized that, and we basically committed to expenditures that would increase revenues or bring in revenues and prioritized our spending that way. It was like survival skills on the fly. But what many of us in business have done is when the economy downturns, then you adjust. We did a lot of adjusting.

What are some examples of those changes?

Because of COVID, we restricted all visitors to the headquarters, our Government Center. We ceased having face-to-face meetings, board meetings — any type of meeting. I’m really good at Zoom and Microsoft Teams now, where I never was before.

What it really did was made us more creative to get the work done. … There was a period of time at the beginning where we closed down the operations and worked out of our houses, which really wasn’t a big hardship because we were basically all set up with computers and scanners and things like that. We could do our work from home, which was actually kind of enlightening. People can still be productive, even if they’re not in their office setting. … We still were able to reach out to potential clients, potential business partners.

What’s something about the business that’s surprised you during the pandemic?

When COVID hit, we all got together to discuss Odeno, our 365-unit housing project in Fruitport (Michigan). We thought that we probably should throttle that down a bit, and we started to throttle it down. What’s really amazing is the housing market has just exploded. We’re in that perfect niche of home value, and it’s in a nice place. The sales have been really actually surprising, which is a good thing.

How has the pandemic shifted any of your long-term focus?

We’re working through that. We’re at a six- or seven-month pause. Things are starting to move forward. We’re very encouraged that 2021 should be a pretty banner year for us. We’ve laid all the hard work and due diligence has been completed, and we’ll be finalizing a few deals hopefully here in the next several months.

Another thing that we’ve been working with is Hillcrest, a 45-unit apartment complex. We’re working with (Portage, Mich.-based) Hollander Development, and we’re doing that to gain experience with working with Low Income Housing Tax Credits from the Michigan State Housing Development Authority. … As we look at a few projects, we’ll have that experience under our belt.

You also recently announced the Spirit of the Woods Manistee Gateway Project that will add a new hotel and welcome center and transform the city of Manistee’s downtown. How is that project coming together?

We’re doing our due diligence, we’re meeting with the city, we’re looking at getting permitting and all that. The hope is that we start that project sometime next year, let’s say in summer. COVID slowed things down a little bit, but it hasn’t ground it to a halt. We’re pleased with the progress, and we can’t wait to get that project going.

All the studies that we did, the market studies that were conducted, say that that’s a good opportunity to develop. I believe with some of the elements that we’re putting together, it will compel people to turn into the downtown gateway area and then that will just benefit the entire community, the people that are doing business now, and attract others to do business as well. There’s an opportunity to really shine. We’re proud to be a part of this project.

Also, the tribe has always been here, and this is our ancestral homelands. To be able to do a project like this, it gives me a great deal of pride.

The Little River Government Contracting LLC subsidiary received its 8(a) and HUBZone certifications from the U.S. Small Business Administration late last year. What new opportunities has that brought to the tribe?

The government contracting space is very interesting and competitive. Unfortunately, last year, we’ve received our 8(a) in November. Generally, how it works with federal government contracting is once the fiscal year for the government closes at the end of September, it has pretty much handed out most of the awards for the following year. We got into that game a bit late … (but) that hurdle is over.

The future looks very bright. When we talk again next year, there’ll be lots of projects that we’ll be talking about.

Talk a little bit about the new company, Native Source Procurement Services, that you exhibited at the National Center for American Indian Enterprise Development’s RES2020 summit in March.

We have an agreement with Entegra Procurement Services, a subsidiary of Sodexo (with) a huge reach. One of the things that was appealing to us was they have a $19 billion industry spend, and through Entegra Procurement Services, we can utilize some of the manufacturing contracts that Sodexo and Entegra negotiate with some of the major manufacturers, like food manufacturers and supplies and things like that. … What happens is that favorable pricing in those contracts is available to Native Source Procurement Services to provide for any future clients. Along with that deal, Entegra has given us the exclusivity for all the Native space in the United States and Canada. That includes anything tribal: tribal casinos, hotels, government, economic development entities, health care facilities, schools, colleges, health clinics. Anything tribal, we have the exclusivity to go after that with support from Entegra.

How have you been selling those services?

We’ve been reaching out to a lot of the tribal leadership and the casinos and also the economic development entities to start those discussions and try to provide some cost avoidance in their purchasing at their hotels or casinos or whatever it may be. If COVID becomes something of the past, I think we’ll be really looking at some tremendous growth there for sure.

Not that anyone wants to make light of the suffering that’s still ongoing, but does Little River Holdings see any business opportunities coming out of COVID?

Actually, yes. We’re in discussions with a large health care organization. One of the things that we look at as an essential partnership is to provide some of the personal protective equipment, like masks and things like that, and also to provide that at some point in time to government contracts as well. We’ve looked at that. We also are looking at a hand sanitizer that we have the proprietary information on and it utilizes cherries into the formula; it’s a hand sanitizer lotion. We’ll probably have something ready to go here this fall/winter.

Given all that’s going on, would Little River Holdings consider acquisitions in the upcoming year?

When I look at acquisitions, I look at: Are they successful? Are they profitable? Are they well-run and managed? If they meet all those criteria, then we wouldn’t have an issue. That would satisfy a lot of our questions with an acquisition target. Once we’ve put the sovereign nation benefits into the equation, then it makes us even more attractive. Whether it’s a partnership or it’s a full acquisition, the devil’s in the details. We always look at that.