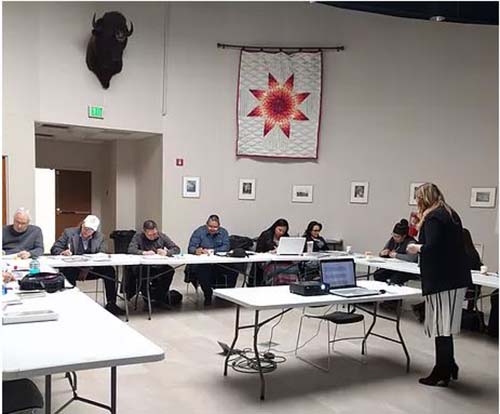 “Through this work, a gap was identified for technical assistance for Tribal communities, along with a need for greater understanding for non-Native individuals of how to work cross-culturally,” Laudenschlager told Tribal Business News via email. “It is through this recognition that we put together the proposal to receive a USDA Rural Business Development Grant.”

Ultimately, the goal with the programming is for the state’s tribal communities to “create a more sustainable economy,” according to LaCompte.

Strengthen ND views the program as a way to help the tribes and tribal communities diversify their economies and contribute to their broader regional economies and be in a better position to deal with economic downturns.

LaCompte said the organization will work on relationship-building between Native and non-Native agencies “to build a bridge of communication in education and awareness.”

Strengthen ND plans to focus its tribal economic development efforts both on and off the reservations and work with partners to provide needed resources to build tribal capacity around entrepreneurism.

“We are so excited to see the impact of this project as it unfolds,” Laudenschlager said.