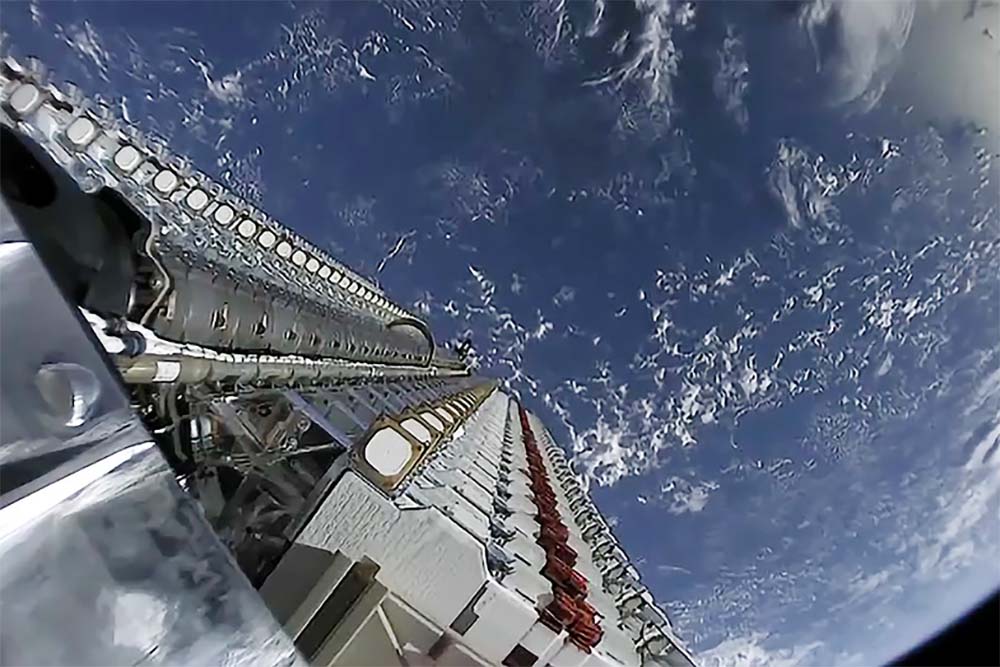 SpaceX Starlink, an upcoming satellite-beaming internet service, has begun its testing to offer high-speed internet to remote tribal areas in the U.S. where broadband is notoriously spotty, throttled and expensive.

Since 2019, business magnate and Tesla CEO Elon Musk has sought approval from the Federal Communications Commission to launch more than 1,000 satellites into orbit in an effort to achieve global internet connectivity. The satellites, currently in “beta” testing mode, beam high-speed broadband connectivity to remote areas through a users’ one-time purchase of Starlink’s self-installing equipment, including a dish receiver to fit on a user’s roof.

In early January, the FCC approved the launch of an additional 10 satellites to travel into polar orbit, covering Alaskan communities along the Arctic Circle for the first time ever. Those satellites took off on Jan. 24.

Internet access in rural Alaska is notoriously expensive, making the prospect of Starlink in remote Alaskan villages and cities all the more intriguing for the people who live there. Residents say it would improve online education and services like telehealth, while imploring the federal government to level the playing field for communities that lack reliable broadband throughout the state.

A school teacher in Utqiaġvik — the northernmost city in the United States on the North Slope of Alaska with about 5,000 people — believes he might have had a hand in the satellites’ approval.

Jake Calderwood submitted a letter to the FCC in December, requesting it approve SpaceX’s beta launch. Calderwood teaches music at a public elementary school in Utqiaġvik, and told the federal agency that pandemic-caused school shutdowns and exorbitant internet costs in rural Alaska have meant a lack of participation from the vast majority of his students.

“I have 680 students, the majority of whom are Iñupiaq – Alaska Native,” Calderwood wrote to the FCC Secretary in December. “Since the pandemic shut our school down in March, approximately 3% of my students have been able to participate in online learning in some format. We have found that the primary reason for such low participation is internet access equity. In our town Utqiaġvik, Alaska internet is a luxury that many are barred from using.”

Calderwood added that, in a town where a gallon of milk costs $10 and his own monthly internet bill amounts to around $300 for 10 megabits, many residents — especially people in outlying villages with even less infrastructure — go without.

“I am thrilled that I may have helped in this process,” Calderwood told Tribal Business News of the FCC’s subsequent approval of the polar satellite launches. “I think that this will ultimately go a long way toward helping out so many Alaskans, as well as rural residents around the world.”

SpaceX promises a flat rate of $100 a month for its unlimited broadband services, plus a one-time equipment fee of $500 for the SpaceX dish. The company’s satellite service offers at least a 10-fold speed increase compared to the Arctic hub city’s current internet service. Currently in Utqiaġvik, internet speed is about 10 megabits per second (Mbps) to upload and download, Calderwood said. Starlink beta sites are experiencing about 150 Mbps, and in some places as fast as 250 Mbps.

Additionally, SpaceX’s low orbit satellites sit about 340 miles from earth. That’s about half the distance as other satellites, which allows SpaceX to deliver latency, or the time it takes for a computer to communicate with its server and back, at around 30 milliseconds, less than half of the current speed throughout the Arctic region.

Currently in rural Alaska, internet is available, but very expensive. The federal government funds service connections to “middle mile” companies that supply internet to underserved areas. Qualifying entities — such as schools, libraries, and health providers — can apply to receive subsidies for internet that is priced at what is called the urban rate, which allows for the entity to pay the same for internet as their counterparts in an urban setting. The Universal Service Administrative Company, or USAC, is a federally funded company that pays the difference between the urban rate and whatever the contracted private company charges.

But John Wallace, a technology support provider in Western Alaska, says that program effectively blocks out competition, causing massive broadband inequalities, and leaving tribal governments to fend for themselves. Wallace manages Alaska Technologies, a majority Alaska Native-owned business that provides technology services and assistance to tribal organizations and businesses in remote areas of the state. 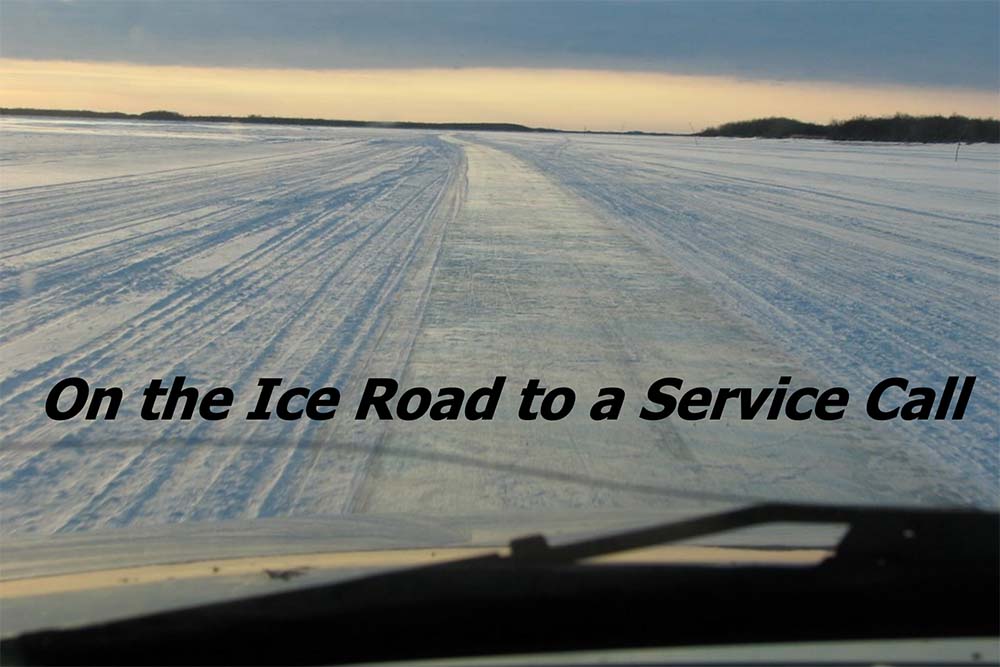 Alaska Technologies traveling to a remote village for a service call. Courtesy photo.

“It’s this big scam,” Wallace told Tribal Business News. “Middle mile contracts are extremely lucrative for companies providing the service and in many cases are monopolies with no alternative providers due to USAC regulations that are specific to a middle mile company.”

A 2018 rate review conducted by USAC and the Rural Healthcare Program found that the year prior, the non-subsidized cost of internet for rural Alaska was $61,692 a month for 12Mbps.

“The federal government will pay for middle mile and pat themselves on the back and say, ‘We helped everybody in rural Alaska and underserved communities’ … which they do in terms of schools and medical providers … but what they don’t do is that they don’t regulate what happens downstream,” Wallace said. “They make no provision that the company must provide data to other users. And why would they, when they’re making 60 grand a month for a 12 (Mbps) connection?”

Wallace wrote a letter to the FCC dated Jan. 25 imploring the commission to expedite SpaceX’s request to add additional satellites into polar orbit. Starlink is direct-to-consumer, and would equalize internet access for many, he said.

“People in rural Alaska and tribal Alaska are hamstrung by the fact that they don’t have broadband equality,” Wallace said.

He added it has been especially troublesome during the pandemic, when tribes in rural villages responsible for managing COVID-19 have had their internet cut off by providers for going over their allocated monthly data. Wallace said pandemic-caused travel restrictions have barred him from flying to remote villages to assist.

“We deserve broadband equality, and companies such as Starlink are willing to give it to us if the FCC will allow it,” Wallace said. “It will be a game changer and will finally level the playing field for our people.”

Since the satellites are closer to the earth in polar orbit, more are needed to cover a wider range of connectivity. SpaceX has since filed for approval for an additional 58 polar satellites to increase beta testing over a larger area in the Arctic.

One tribe in Western Washington has already vouched for the satellite’s immediate and positive effects.

The Hoh Tribe is located in a remote area of the state with limited internet and in October started participating in the SpaceX beta testing program.

“The last eight years I feel like we have been paddling upriver with a spoon, and almost getting nowhere with getting internet to the reservation,” Vice Chairman Melvinjohn Ashue of the Hoh Tribe said in a video produced by the Washington State Department of Commerce. He added that the high-speed internet has allowed youth to participate in online learning, and tribal residents to access telehealth services. “It seemed like out of nowhere SpaceX just came up and catapulted us into the 21st century.”

“I think Starlink will help pave the way for North Slope residents to live a much healthier life by providing much needed affordable, fast, and reliable internet,” Leavitt said. He said with the current availability, residents pay “so much” and don’t get the speeds companies promise them.

“Having Starlink will improve the lives of Alaskans statewide and will hopefully lead the way for more affordability in the rural communities.”