When a shortage of medical masks to prevent the spread of COVID-19 swept the country in early September, the Cherokee Nation decided to apply a portion of its CARES Act funding to start manufacturing its own personal protective equipment.

Beginning in March, the Cherokee Nation will open two factories — one renovated, one newly built — that will enable it to produce between 100,000 to 200,000 masks a day. Using special machines purchased from overseas, the tribe’s yet-to-be-named company will manufacture N95, N99 and three-ply surgical masks.

The two factories — a 27,000-square-foot building in Stilwell, Okla. that formerly housed a Walmart retail store, and a smaller 6,000-square-foot facility constructed by the Cherokee Nation 30 minutes away in Hulbert, Okla. — will house a total of 12 mask-making machines. Both projects and the startup materials were funded with a portion of the tribe’s $38 million in federal CARES Act monies, said Todd Enlow, chief of staff for the Cherokee Nation, who cited the widespread need for more PPE as a reason for the tribe to launch the production.

“We felt we needed to help try to fill that gap,” Enlow told Tribal Business News. “One of the things we looked at was face mask production.”

Once the plants are operational, Cherokee Nation will be among few manufacturers in the country to make N99 masks, a medical-grade mask the tribe anticipates will be the adopted standard of the future, according to Enlow. 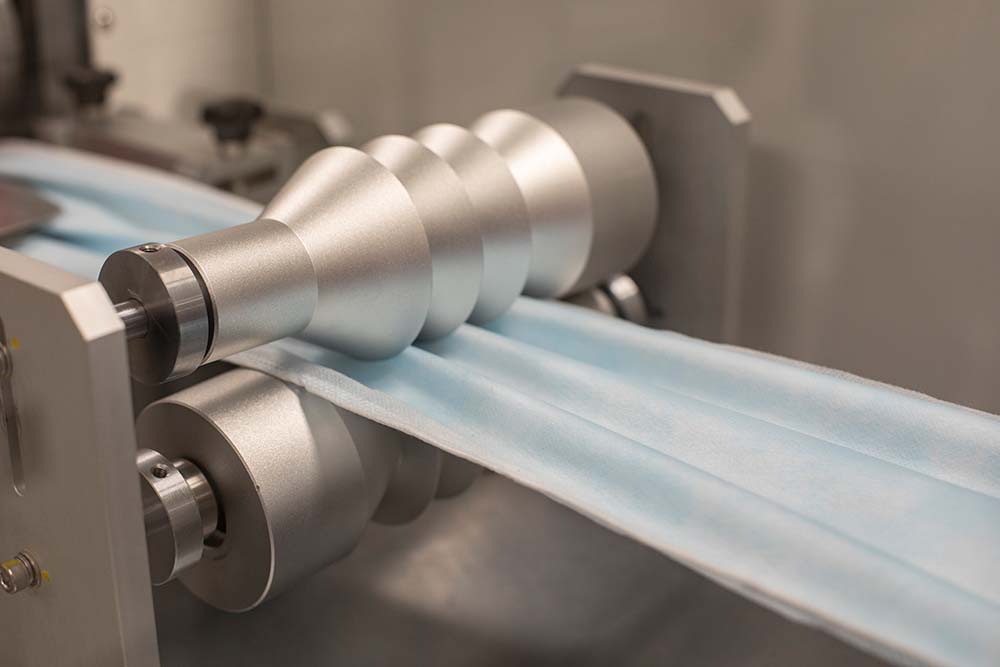 “There’s still going to be use and need for all three based on the individuals using them, that’s why we looked at manufacturing all three,” Enlow said.

Masks will also be distributed for free throughout Cherokee Nation schools and community centers for essential workers and at-risk tribal members.

While it’s not yet clear how the rollout will happen outside of the Cherokee Nation, Enlow anticipates the tribe will make available its surplus of masks to other federally recognized tribes, and pursue partnering with the federal government to sell masks to other states in need.

“By investing in our own PPE manufacturing facilities, it is another step of sustainability by our tribe through this pandemic,” Cherokee Nation Principal Chief Chuck Hoskin, Jr. said. “We create jobs for our citizens and ensure we are never faced with a shortage of vital safety COVID equipment, and helps our sister tribes know they too can rely on us to have PPE masks in ready supply should they need them.”

The tribe also used CARES Act funding to purchase a supply of masks for employees and citizens and donated masks to area schools and first responders, Enlow added.

The new endeavour represents a continued commitment to protecting Cherokee tribal citizens against the pandemic. Despite surging death rates in Oklahoma and the virus’s greater effects on Indigenous citizens by as great as 3.5 times that of white counterparts, the Cherokee Nation has fared relatively well throughout COVID-19. Enlow said the tribal government enforced an early mask mandate and work from home orders for non-essential employees, and distributed masks early on during the pandemic.

“We felt like we were controlling the spread quite well right up until Thanksgiving and Christmas time,” Enlow said. “Then we saw our numbers skyrocket and we got very concerned. In the last couple of weeks … we’re seeing our numbers coming down quite a bit.”

Of its 144,000 tribal citizens living on the checkerboard style reservation, there were 14,417 reported Covid-19 cases as of Tuesday — 1,018 of them active — and 94 deaths, although Enlow added that number is likely higher because some tribal residents never entered the reservation’s hospital.

“From making medical gowns to serve hospitals low on supplies to manufacturing the hand sanitizer needed to prevent the spread of COVID-19, tribes and tribally owned businesses are stepping up to do their part to keep both their citizens and the country healthy,” Chris James, president and CEO of the National Center for American Indian Enterprise Development, said in a statement to Tribal Business News. “The National Center commends the Cherokee Nation of Oklahoma for its investment and commitment to fighting this deadly pandemic. The tribe’s new mask manufacturing facilities will benefit its own citizens — and tens of thousands of Americans in all corners of the country. We can and will beat COVID-19 if we all work together and do our part.”

“That sense of helping one another and providing assistance and lifting up that other individual, it gets back to and reinforces something that’s very strong in our belief system,” he said. “There’s a little bit of pride in the sense that we’re helping out.”