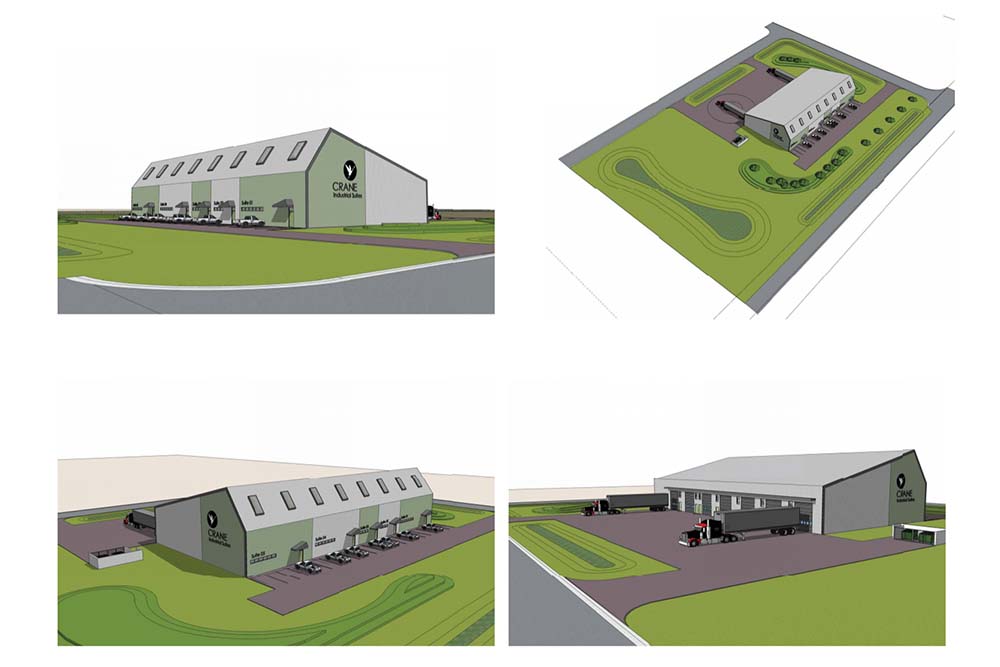 SAULT STE. MARIE, Mich. — Sault Tribe Economic Development Corp. wants to establish an infrastructure so the tribe can better support and encourage entrepreneurship among its more than 40,000 members.

With the Sault Tribe Thrive initiative, the EDC plans to collect information on tribal members’ existing businesses, offer support services and resources to help aspiring entrepreneurs launch new companies, and become a clearinghouse of information to connect those businesses to federal contracting opportunities.

Joel Schultz, executive director of Sault Tribe EDC (Courtesy photo)Along the way, the EDC also hopes to be able to lure tribal members and potential partners to locate offices on tribal lands, partner with the tribe, employ other tribal members and help diversify the economy for the Sault Ste. Marie Tribe of Chippewa Indians.

“As much as anything, we just want tools to help our tribal members,” Sault Tribe EDC Executive Director Joel Schultz told Tribal Business News. “We want support for the development of tribal member owned businesses and we want to create a culture of entrepreneurship. One of the outcomes we hope for is to attract business development on our lands.”

Based in the eastern end of Michigan’s Upper Peninsula, the tribe received a $485,000 grant from the Minority Business Development Agency in the fall of 2019 to create Sault Tribe Thrive.

Initially, the EDC hoped to develop a more formal framework for outreach to successful Sault Tribe member-owned businesses that Schultz started when he first joined the organization in 2016.

As part of his initial research, Schultz identified a handful of tribal member-owned businesses around the country and visited five of the companies, four of which ended up opening an office at the tribe’s Tamarack Business Center, which was built on tribal land in Sault Ste. Marie.

The original plan for Sault Tribe Thrive was to identify more successful companies to visit and discuss support opportunities and the tax advantages of operating on tribal lands.

“Our intent was to get out and visit these businesses and see them wherever they were in the country and see what their needs were and see how we could connect with them,” Schultz said.

Then pandemic-related travel restrictions forced the EDC to change course. The agency shifted to creating a web-based directory of tribal member-owned businesses on the new Sault Tribe Thrive website to “celebrate their successes,” he said. 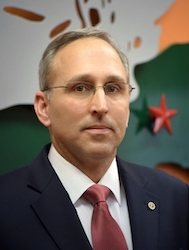 “Joel is trying to build this infrastructure and they wanted my input. I said, ‘Where the heck have you guys been? Where were you 20 years ago?’” Goodreau said with a laugh.

In his view, increasing the entrepreneurial spirit among tribal members is key to improving business development for the Sault Tribe, which he said is “a bit behind in the race,” especially compared to some Alaska Native groups that are now in the third generation of growing their economies.

When Goodreau started Northern Wings in 2001, he was coming off a more than two decade long career in the military and working in sales for a Milwaukee, Wis.-based manufacturer, which is where he realized he needed to make a change. His father and grandfathers were all small business owners, so he figured he could make the leap as well.

“The funny thing is people don’t necessarily understand entrepreneurism. I didn’t when I started either,” Goodreau said.

While he’s involved in economic development and workforce development efforts at the state and regional level, Goodreau said adding resources like Sault Tribe Thrive could go a long way toward helping tribal members realize that they can seize opportunities that play to their own strengths, as well as help create a more cohesive tribal identity.

“Being an entrepreneur with an aviation company in Newberry, Michigan is a lonely endeavor,” he said, a wry reference to the high-tech company’s unlikely remote location. “I’ve been toiling away on my own business for years, so it’s neat to get to know the tribal members that have also been starting their own businesses.”

For entrepreneurs just getting started, Sault Tribe Thrive can help them find mentors and resources. Schultz said most members need help understanding the financial aspects of running a business.

While the most common question his office receives hinges on whether the tribe has any money to give to businesses, Schultz said the tribe can help entrepreneurs solve just about any other problem they might encounter.

“That call is an opportunity to say, no, we don’t have that money, but we can help you create a business plan, we can advise you as to the best funding sources for you to approach and how your project would have to be financed,” he said. “We can tell you what’s in your plan right now that’s going to create barriers and we can help to try to mitigate those barriers before you’re in front of a financial person.

Goodreau argues that building the infrastructure is a better approach for the tribe than simply handing out money to would-be entrepreneurs.

“The last thing an entrepreneur needs is a big wad of money, but that’s the first question everyone asks,” Goodreau said. “To me, that’s backwards; that’s gambling with someone else’s money. Build the infrastructure, make mentors available. Ideas are free.”

“We’re also trying to do the peer-to-peer thing: ‘Hey, you’re looking to do this. We know of a tribal member doing that in Denver. Let’s start a conversation,’” he said. “I think we are starting to accumulate a fair amount of resources we can provide.”

The tribe also lists its available tribal lands where it hopes to lure tribal member-owned companies. That includes Crane Industrial Suites, a new 20,000-square-foot multi-tenant industrial building the tribe plans to start construction on this summer. Schultz said the tribe already has one tenant committed to taking 5,000 square feet of space in the facility when it opens. 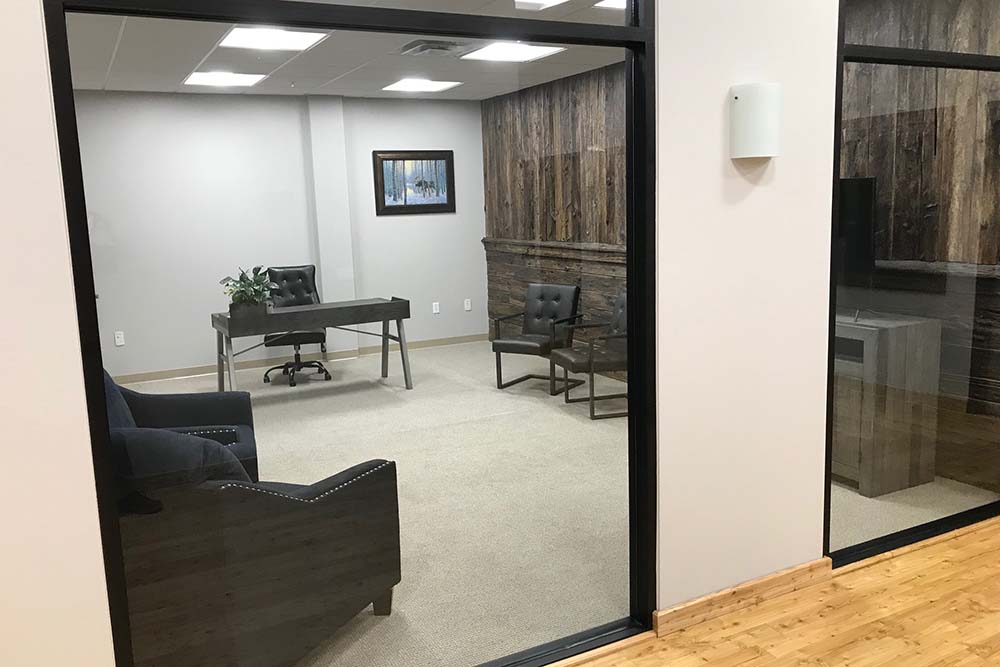 Another motivation behind Sault Tribe Thrive was to create a possible pipeline for acquisitions and joint ventures for Sault Tribe Inc., the tribe’s Section 17 organization.

“We have four subsidiaries under Sault Tribe Inc. that have been startups that developed out of alliances — aligning with other tribal businesses, taking advantage of tribal licensing opportunities,” Schultz said. “The other thing we’re looking to do more as a tribe is to vertically integrate. If we have needs as a tribe, we can buy or start a company in janitorial services, asbestos abatement, snowplowing, or whatever it may be.”

For example, Sault Tribe Inc. worked with a successful tribal member to launch Chippewa Government Solutions LLC, an online educational company that focuses on developing video modules for online training and curriculum development, as well as some web development services. To that end, the company developed the new Sault Tribe Thrive website.

Schultz said Chippewa Government Solutions is working to secure its 8(a) certification from the U.S. Small Business Administration, a process that has been bogged down by the agency’s work in implementing CARES Act-funded business relief programs. Once certified, the company also hopes to establish a mentor-protege relationship to “rapidly grow” the government contracting business.

“Right now, our struggle is getting through the 8(a) process,” he said. “We haven’t just cruised through the process; we’ve been grinding it.”