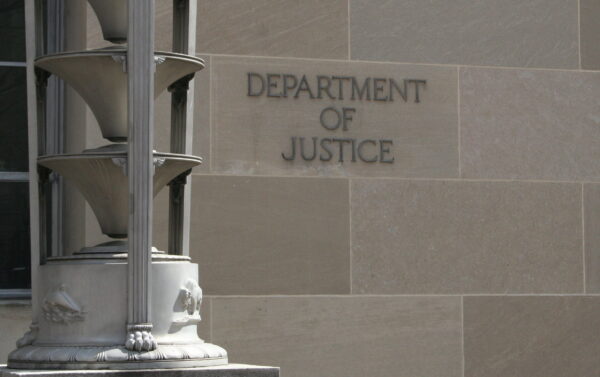 ANCHORAGE, Alaska — Alaska Native-owned Alutiiq International Solutions LLC reached an agreement with the Department of Justice to pay nearly $1.26 million to resolve kickback and fraud allegations tied to a former manager who worked on federal contracts.

Alutiiq International Solutions, a subsidiary of Afognak Native Corp., entered into a non-prosecution agreement with the DOJ and agreed to cooperate with the government’s investigation and prosecution of a case against the perpetrator of the scheme.

As well, the construction company said it would strengthen its compliance program and internal controls to prevent and root out any instances of fraud tied to government contracting, according to a statement from Assistant Attorney General Brian Benczkowski of the DOJ’s criminal division. Alutiiq International Solutions and Afognak agreed to report at least once annually for three years about its procedural improvements and submit to reviews from the DOJ’s fraud division.

The alleged scheme involved Elmer Baker, a former Alutiiq International Solutions project manager overseeing a General Services Administration contract to modernize the Harry S. Truman Federal Building in Washington, D.C. Baker is alleged to have received kickbacks such as meals and vacations to steer work to Capital Contracting Inc., a Ellicott City, Md.-based subcontractor on the project, starting in June 2010, according to the DOJ.

Around 2015, Baker allegedly started demanding cash kickbacks of 10 percent of the value of contract modifications awarded to Capital Contracting.

Baker is alleged to have received about $309,000 in kickbacks over the life of the contract.

In May 2019, a federal grand jury in the District of Columbia indicted Baker, charging him with conspiracy to violate the Anti-Kickback Act, and four counts of wire fraud. Baker’s trial is scheduled for Dec. 7.

Baker also is alleged to have billed the GSA for a fictitious on-site superintendent, leading the administration to pay the company $568,800, and inflated estimated costs from the subcontractor by $690,644, the DOJ said in a statement.

Alutiiq International Solutions worked with federal investigators “from the moment it became aware of the conduct [and] committed to paying full restitution to compensate for the GSA’s losses,” according to the agreement.

The settlement noted Alutiiq International Solutions had no criminal history.

In a statement, Afognak Native Corp. — an Alaska Native Village Corporation serving the Kodiak Alutiiq people of Afognak and Port Lions, Alaska — said that it “fully cooperated” in the “multi-year investigation” and noted that no current management team members or current employees were “involved in the misconduct.”

“From the moment we first learned of the investigation, we cooperated fully and completely with DOJ. We are grateful that the NPA acknowledges our full and complete cooperation and provides credit for that cooperation,” the corporation said in a statement. “We cannot emphasize enough that we have zero tolerance for the criminal conduct found by DOJ or for any other conduct that violates the law or our Code of Ethics & Business Conduct. We expect every employee to represent our companies responsibly, with integrity, and in accordance with the highest ethical standards.

“This unfortunate matter reminds us that compliance requires constant attention and vigilance from all of our employees, at all levels of our organization. We must all speak up if we witness suspected misconduct in our daily work. As we move forward from this event, our commitment to compliance is unwavering and our dedication to the Alaska Native Shareholders and the communities Afognak represents is steadfast.”