‘LOUD AND CLEAR’: An Indigenous push for the SEC to include tribal human and land rights in its investor disclosures 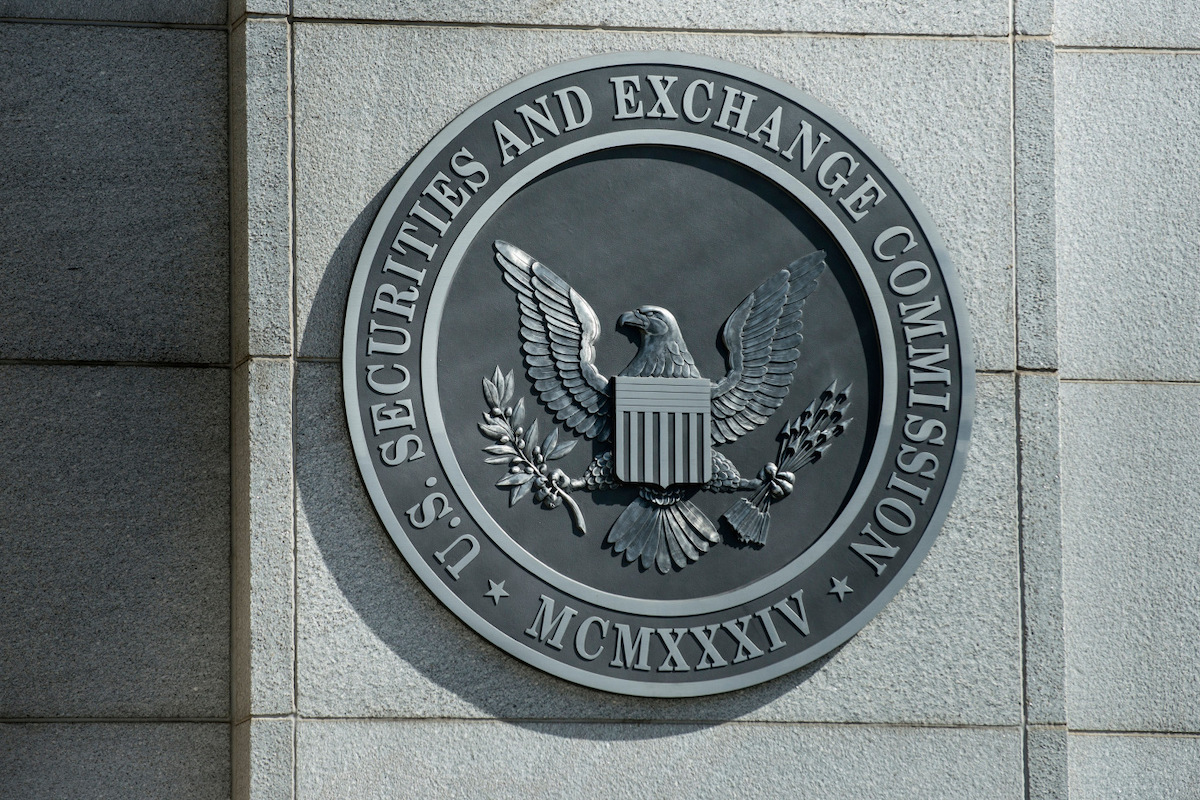 A group of Indigenous-focused policy and legal advocates is taking steps to ensure that the U.S. Securities and Exchange Commission is responsive to tribal human and land rights whenever the agency makes disclosures to investors.

The SEC — responsible for protecting American investors, as well as for maintaining markets and aiding in capital formation — recently gathered public comments and is expected to release a draft ESG rule before the end of the year. It will then seek more input before establishing a final rule, presumably in early 2022.

Twenty-two Indigenous and environmental groups sent a 15-page letter to the SEC in June, explaining that they believe human and land rights for Indigenous people must be a part of any of the agency’s climate-risk disclosures to investors.

“Disregard for the land rights and human rights of Indigenous and tribal peoples regularly leads to project delays and even cancelation,” the groups wrote in the letter, which cited several recent examples. “This disregard also helps accelerate environmental degradation, climate change, and social conflict and violence.”

The groups say the SEC has often overlooked such considerations. The problem has led to major financial costs (sometimes in the millions to billions of dollars) for companies and investors, including those involved with Energy Transfer Partners’ Dakota Access Pipeline, as well as those connected to Enbridge Energy’s Line 3 and Line 5 expansion and restoration projects in tribal areas of Minnesota and Michigan, respectively.

Concurrently, there has been independent movement on this front from banks, asset managers and financial firms who are “publicly recognizing the crucial role of respect for Indigenous and tribal rights,” according to the letter. That some private businesses are making proactive moves in this area is something the federal SEC, given its trust responsibility to tribes, should be encouraging, organizers say.

The letter highlighted a March 2021 decision by BlackRock, the large American multinational investment management corporation, in which it “clearly stated its expectation that companies ‘obtain (and maintain) the free, prior, and informed consent of indigenous peoples for business decisions that affect their rights.’”

The groups also noted in their letter that the World Bank has had a “strict” free, prior and informed consent policy in place since 2015 that respects Indigenous rights, and they said that “foreign securities regulators are also recognizing the importance of disclosures of this nature,” citing several examples.

In a Sept. 16 meeting aimed at investors interested in undertaking projects in Indian Country, multiple representatives who have signed on to the letter explained their positions more fully.

The presenters, all part of the Investors & Indigenous Peoples Working Group, which is supported by First Peoples Worldwide at the University of Colorado, noted that Indigenous rights intersect with all three components of the ESG framework.

They said that there is major risk in terms of legal and project costs, as well as political and reputational ones, to businesses when they disregard international laws and U.S. treaties involving Indigenous people.

“The sponsors of this letter and the working group felt that Indigenous peoples’ issues, as too often happens, might get lost in that process, so we are trying to make sure that it’s heard loud and clear at the SEC,” Smith added. “The door is open if we can be persuasive.”

Moira Birss, the climate and finance director of the non-profit Amazon Watch, who helped pen the letter, noted that the SEC’s principal mandate is to protect investors.

“There’s typically a pretty big gap in the general corporate acknowledgement for — not to mention actual respect for — Indigenous and tribal peoples’ rights,” she said during the meeting. “That lack of acknowledgement and respect for those rights regularly leads to legal, political, reputational and operational risks to companies and to their investors, not to mention the impacts on the communities themselves.”

Anticipating potential objections to the SEC including Indigenous rights in its consideration of ESG issues, Birss asked: “Does this really relate to the SEC’s rulemaking process around climate change? I argue … that it most definitely does.

“Time and time again, we’ve seen and experience demonstrates that respect for Indigenous peoples’ rights — particularly land rights — regularly leads to greater protections of forests and other ecosystems that are crucial to biodiversity preservation and climate stability,” Birss said. “And, of course, respect for Indigenous rights is important and necessary in its own right.”

Birss pointed to the United Nations Declaration on the Rights of Indigenous Peoples — which includes the right to Indigenous self-determination and free, prior and informed consent — as forming the foundation of “international norms on Indigenous rights.”

The United States signed on to that agreement, in principle, during the Obama administration, but it has not agreed to be legally bound by it.

“The international standard is self-determination for Indigenous peoples, and free, prior and informed consent, or FPIC, is a tool for measuring consent,” Birss said. “FPIC is a tool, it is not an end in and of itself. So when affected peoples choose to withhold their consent, or not enter into negotiations with the company and/or government, then — with very few exceptions — an activity or project cannot proceed without violating their rights to self-determination and to control what happens on their land.”

If the SEC can play a role in helping companies understand the international standards, as well as the risks and costs some projects have faced when they chose to subvert those standards, Indigenous people will be better off, according to Birss.

Mark Podlasly (Nlaka'pamux Nation), director of economic policy and initiatives at the First Nations Major Projects Coalition in Canada, said during the webinar that his group is dealing with disclosure issues across his country involving First Nations citizens.

“Where’s the ‘I’ in ESG — the ‘Indigenous’ in environmental, social and governance investment standards?” Podlasly asked.

Worldwide, he said his coalition has been “shocked” to find that there is “almost nothing” in those standards about Indigenous rights or involvement in ESG issues.

The two exceptions, he said, are the Sustainability Accounting Standards Board (SASB) Index, which makes reference to UNDRIP, but it doesn’t say what to do about it, and the Global Reporting Initiative (GRI), which is a standard used by many European companies in their investments.

The reference to Indigenous peoples within GRI is that Indigenous issues are only relevant if there is a legal court case launched by the Indigenous party. “Which is hardly anything near risk reduction,” Podlasly lamented. “If anything, it amps up risk for investors because it forces us as communities to immediately go to the courts.”

Without a consensus standard to look to, Podlasly said that some pension fund and investment managers in Canada have created their own “pseudo-Indigenous lens to look at the missing standards in the ESG frameworks, which then would look at the companies to see what they were doing on the ground with Indigenous people.”

“Which, of course, is just backwards,” Podlasly said. “If you’re actually going to have an ESG standard that’s reducing risk that is supposedly protecting the environment, socially benefitting the communities that are involved … and reducing risks for investors, how can you not have Indigenous people involved?”

Podlasly also said that in Canada, there are only seven Indigenous board of director members in publicly-traded companies out of over 2,000 members total, according to his coalition’s research.

“What that means is the Indigenous voice, the Indigenous worldview, the Indigenous sense of what’s important to communities and the environment — that social impact — is completely missing at the governance level of the companies that are making these major investments,” Podlasly added.

Podlasly said he dislikes describing Indigenous people’s concerns in terms of what risks they involve for investors.

Podlasly further suggested: “Focus on UNDRIP first. If the SEC even starts at that level, says UNDRIP is important, UNDRIP is the expression of Indigenous aspirations, rights, practicalities. And then let the companies figure out where they go from there.”

Rico Frias (Chiricahua Apache from the Chihene Nde Nation), executive director of NAFOA, a trade group for Native financial officers, wondered after hearing Podlasly speak if there are even seven Indian board members serving at major companies in all of the United States.

“One of the areas we really struggle with is having more of our people in the finance area, period,” Frias said. (In 2020, California enacted a law that requires publicly held companies in the state to include board members from underrepresented communities beginning by the end of this year, so some change could come soon, although the effort is subject to legal challenges.)

On the SEC issue at hand, Frias said he believes “these disclosures are permeating the common consciousness and that awareness of these issues is growing in importance and they need to include thoughts about the rights of Indigenous people.”

Such disclosures would help Indian Country to know which companies could make good investment partners, he said.

“The UNDRIP as an aspirational document is very important,” Frias added. “It is unfortunate that some countries held out for the document to be only a recommendation and not binding before they were willing to join in.”

Frias said that the trust responsibility the federal government owes tribes also applies to the SEC, and he suggested that the agency develop a policy of tribal consultation.

To investors, Frias said: “If you’re concerned about this, reach out to the SEC and let them know, let them hear your voice. But also reach out to the companies in which you are invested, and let them know that this is important to you. You’re like the constituents for a member of Congress. You are the people they care most about. You might move your money somewhere else, and that matters to them.”