WASHINGTON — The U.S. House Ways and Means Committee is in the process of deciding whether to include less restrictive tax-exempt financing opportunities for Indian Country in the $3.5 trillion infrastructure budget reconciliation now under consideration in Congress. 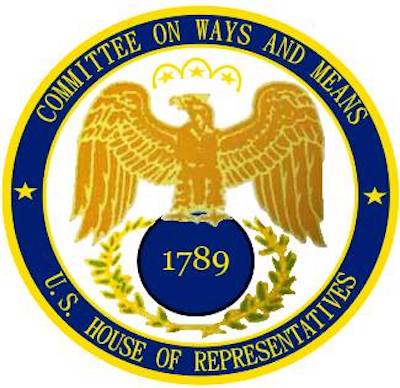 A proposal before the committee would give tribes the ability to borrow money at lower interest rates to do an array of economic development and infrastructure projects, from low-income housing to sewage treatment plants to seaports and airports. Gaming projects would be excluded.

The legislation, which is being marked up by the committee, would eliminate the so-called “essential governmental function” test that is currently applicable to tribal bonds. That test was established by Congress in the 1980s. It limited tribal governmental tax-exempt borrowing for economic development and infrastructure projects in a manner that borrowing is not limited for states and localities.

The ESG test has been widely controversial among tribes ever since it was enacted, and they have argued for decades that it should be undone. To address the issue, the federal government established Tribal Economic Development Bonds during the Obama administration that were supposed to level the playing field on this front. But the program has had some limitations, including tribal misconceptions and federal paternalism, as Tribal Business News has previously detailed.

The legislation now under consideration would likely make the need for TED Bonds obsolete because they would be redundant to the goals of the bill, according to Native finance experts who have reviewed it.

If the legislation stays in the reconciliation and passes both the House and Senate, it would not allow a tribal free-for-all on tax-exempt borrowing. Like TED Bonds, the new proposal would not support tax-exempt financing for gaming. However, it would establish a national volume cap for tribal private activity bonds and create project location criteria for eligibility.

Native finance experts who have reviewed the proposal say that it is consistent with recommendations made in 2011 by the U.S. Department of the Treasury in an effort to treat tribes more equally to states and localities when it comes to borrowing abilities.

“If passed, this legislation would be a huge improvement for tribal governments to access the tax-exempt debt markets,” Townsend Hyatt, a Portland, Ore.-based partner at Orrick Herrington & Sutcliffe LLP who leads the law firm’s Indian tribal finance practice, told Tribal Business News. “I can’t think of a reason (for tribes) not to support this proposal.”

Hyatt said that the provisions of the proposal that limit tax-exempt borrowing for gaming projects are similar to exemptions that the federal government has for states and cities for so-called “sin” activities.

The private activity volume cap for states is determined by state population, and the legislation proposes a similar concept for use with tribes, but the tribal volume cap would be national in its scope, he added.

The proposal, Hyatt said, allows tribes to issue private activity bonds only for Indian tribal governments projects on qualified Indian lands, which would be a newly-defined term.

“Indian tribal government,” according to the legislation, means the governing body of an Indian tribe, band, nation, or other organized group or community, or of Alaska Natives. It would also include any agencies, instrumentalities, or political subdivisions of such governing bodies.

“Qualified Indian lands,” according to the legislation, means an Indian reservation as defined in the Indian Financing Act of 1974. Additionally, it includes lands outside a reservation where the facility is to be placed in service in connection with:

• the active conduct of a trade or business by an Indian tribe on, contiguous to, within reasonable proximity of, or with a substantial connection to, an Indian reservation or Alaska Native village, or

The legislative contains a special rule for situations where an Indian tribal government has authorized an intertribal consortium, a tribal organization, or an Alaska Native regional or village corporation to plan for, coordinate, or administer services, finances, functions, or activities on its behalf. In such cases, the authorized entity shall have the responsibilities of the authorizing Indian tribal government only to the extent provided in the authorizing resolution, according to the bill.

The nitty-gritty details of the definitions involved here are important, Native finance experts say, so that tribes can better understand who is served by the proposal and who is not.

Of note, Alaska Native Corporations would not be eligible. That runs contrary to recent legislation proposed by Alaska’s congressional delegation — Sens. Lisa Murkowski and Dan Sullivan and Rep. Don Young, all Republicans — to expand the TED Bonds program to include ANCs. Their legislation would also end for tribes some rules involving tax-exempt borrowing and hedge bonds that states and localities must follow.

No Republicans are expected to join on to the larger reconciliation legislation in the Senate, so the ANC provision would likely have to be dealt with in separate legislation if it is to succeed, according to several tribal and legislative observers.

Some in Indian Country feel it could be an overreach to allow for-profit ANCs to have tax-exempt financing abilities, but Alaska legislators have argued that it is necessary. ANCs, of late, have been arguing for parity with tribal governments, including through their recent successful Supreme Court arguments, which allowed them to be included in the CARES Act pandemic funding.

“Expanding federal tax laws to allow ANCs to use tax-exempt financing could draw fire from critics other than tribes in the lower 48,” Hyatt said. “Some may question whether it’s appropriate as a policy matter to give for-profit corporations, such as ANCs, the benefit of tax-exempt borrowing, which is a privilege generally reserved for governmental entities.”

“I’m for any change in law that gives tribes and Alaska Native entities greater access to tax-exempt financing,” Hyatt added. “I appreciate Sen. Murkowski and others championing the interests of Alaska Natives and ANCs. But, I fear a proposal that allows tribes and ANCs to do more than what states and municipalities can do under federal tax laws will fail.”

In terms of the bill the House Ways and Means Committee is considering, another issue will be cost, said Chirls.

Sens. Joe Manchin, D-W.V., and Kyrsten Sinema, D-Ariz., have both said they will not support the cost of the overall bill if it stands at $3.5 trillion. The Biden White House, wanting to accomplish its agenda, in recent days has signaled that it might be open to compromise and could possibly support a lower number. Progressive Democrats in both the Senate and in the House have said that would be a tough pill to swallow.

Although the cost of the tribal tax-exempt financing provision would be very small compared to the overall bill when it is scored by the Congressional Budget Office, Chirls said that when legislators looked to trim areas in the bipartisan Senate infrastructure bill, they looked at tax-exempt finance issues first.

Still, he offered a word of caution.

“The bipartisan Senate bill was originally much larger, but it got pared down. In being pared down, there were very few tax-exempt provisions left in it,” Chirls said. “The earlier version — the discussion draft — had additional tax-exempt bond provisions. They got booted out. Why? When the Senate version got pared down, they were looking for little things that could add up to be more altogether.”