HALES CORNER, Wis. — A Wisconsin-based Native community development financial institution is leveraging grant funding to create new products that serve what it sees as a coming wave of new tribal enterprises in the next few years. 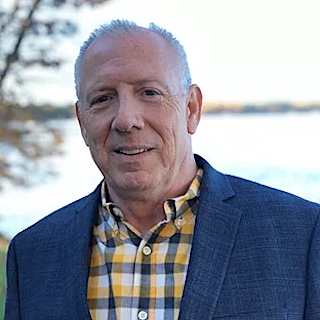 Like most Native CDFIs, First American Capital Corp. (FACC) offers technical assistance and lending to individual borrowers and small business owners, particularly to entrepreneurs whose companies are not yet suitable for conventional banking. The role FACC plays is to coach and mentor the startup, position them for success, and provide low-cost loan capital they wouldn’t yet be in a position to get from a traditional bank.

“Nobody is really servicing tribal enterprises, other than a few conventional banks that are situated on or near reservations, but there’s not a lot of them,” FACC co-Executive Director Bill Beson (Lac du Flambeau Band of Lake Superior Chippewa) told Tribal Business News.

With FACC’s new Tribal Enterprise loan program, the Native CDFI can lend $25,000 to $250,000 at 0-3 percent interest to new tribally owned companies that are coming to market. FACC also will provide technical assistance to those new tribal entities by leveraging the experience of staff members, including Beson, who in addition to having a career in business, also served as an executive for his tribe’s business development arm and has experience creating tribally owned ventures.

“Tribes have a unique opportunity as far as creating enterprises,” said Beson, adding that the American Rescue Plan Act funding formula also “taught tribes a little bit of a lesson” because overall tribal employment was factored into the allocations. Tribes with diversified portfolios of businesses had the most employees and received the most money.

“Conversely, tribes that maybe haven’t really looked into diversifying as they should have in the past now are really starting to take a look at that: ‘We can’t be so reliant on gaming and grants, and there’s business opportunities for us as a tribe,’” he said. “We recognized that and said, ‘How do we help with that?’ How we help is to come in with some loan products that, just like for an individually owned business, come with the coaching as well.”

Beson and co-Executive Director Gary Mejchar also believe the $1.2 trillion federal infrastructure law has created a perfect storm to incentivize tribes to create new tribally owned enterprises, especially in the construction industry, because they’ll be able to access set-asides and contracts targeted to minority-owned and disadvantaged businesses. They advise tribes that now is the time to establish these companies, secure certifications and develop the necessary relationships to be able to capitalize on the projects as the contracts roll out in the years ahead.

“Nothing’s going to happen overnight, but there’s going to be a lot of work coming for quite some time,” Beson said. “We really think the best days for Indian Country are ahead of us, but it’ll require work.”

As well, FACC created the new tribal enterprise loan products in part because four Wisconsin tribes have received funding from the U.S. Economic Development Administration within the Department of Commerce to create an economic diversification strategy. Mejchar said the three-year effort is just starting to come to fruition, which he expects will create a natural pipeline of potential clients for FACC. 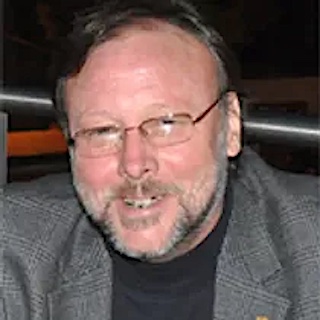 Gary Mejchar, co-executive director of First American Capital Corp. (Courtesy photo)“They’re planning for new tribal enterprises, as well as to support their citizen-owned businesses on the res,” Mejchar said. “Over the next several years, there will be investment opportunities and a need for funding. And not just grants; you can’t do this with just grants. It’s going to need credit, debt capital. And we’re ready to go.”

The new products are a result of First American Capital Corp.’s continued focus on driving innovations in the marketplace and growing the economy in Wisconsin’s Indian Country. The organization started in 2002 when the American Indian Chamber of Commerce of Wisconsin created a revolving loan. FACC earned its status as a certified Native CDFI in 2004, and later became a microlender under the U.S. Small Business Administration in 2007.

By focusing on innovative approaches to financing, FACC wants to become the largest non-bank lender in Indian Country in Wisconsin.

While FACC was awarded $900,000 via the latest round of Native American CDFI Assistance program funding, the organization has prioritized diversifying its funding streams beyond the allocations from the Treasury Department’s CDFI Fund.

Mejchar cited investments such as the Wells Fargo Open for Business grant as having a profound effect on FACC’s ability to deliver services for clients. In addition to the tribal enterprise loans, FACC also used the grant to create a Crisis Recovery & Resiliency product that offers no- or low-interest short-term business loans of $1,000 to $20,000.

But just as importantly, Mejchar said, the nonprofit lender also deployed some of the funding to expand from four employees in 2019 to seven people currently, and created a standalone technical assistance unit last year to focus on delivering enhanced coaching and mentoring services.

“What Wells Fargo did, in part, is enable FACC to grow, to build human capital, which is really important,” Mejchar said, noting the new programs and funding sources for Native CDFIs that have emerged in the months since the pandemic began.

“Native CDFIs as an industry are really shoring up, strengthening their capacity in terms of human resources and qualified people committed to the mission to be ready to serve. So, some of this money isn’t just flowing out in the form of loans, it’s being circulated within the CDFI industry, and taking us all to a new level.”