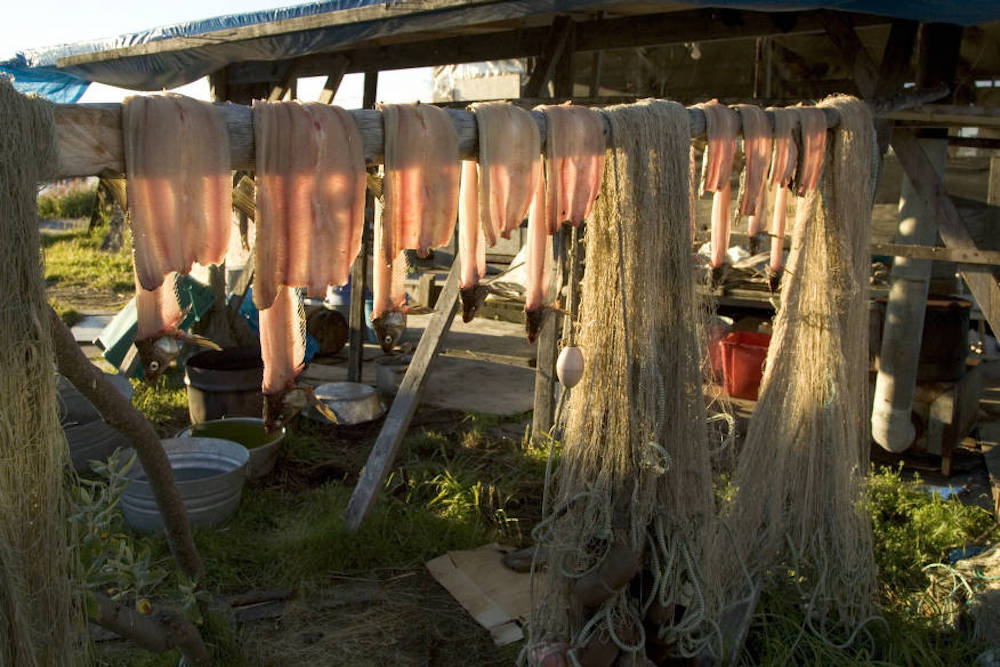 In September, the Economic Research Service released an annual report on the food security and insecurity rates of various American populations. However, it could not offer a picture of how American Indians and Alaska Natives are doing on this front because the Census Bureau failed to collect enough data for the agency to analyze, according to Economic Research Service officials.

“The Current Population Survey (CPS) data used in the annual Household Food Security in the U.S. report have this information, but the sample sizes are very small, and so in the report, they are included in the ‘other race’ category,” Jennifer Smits, director of communications for USDA’s Economic Research Service, wrote in an email to Tribal Business News.

“ERS uses the Census Bureau’s Current Population Survey data for its analysis in the annual Household Food Security report,” Smits said. “While about 34,000 households were included in the data in 2020, sample sizes for some groups are relatively small. This makes it more challenging to provide accurate estimates for groups with small population sizes.”

In other words, the sample size the Census Bureau collects for Natives is too small for the Economic Research Service to prepare a full-scale report on them, despite anecdotal evidence and scientific research that found some tribal citizens are among the most food insecure people in the nation.

Natives get lumped in as an “other race” based on the data that researchers at the Economic Research Service determined was too incomplete to include in the analysis and recommendations in the yearly report.

Smits noted that ERS officials are aware of the problem and further said that the agency is conducting its own research to measure food security in the American Indian and Alaska Native population.

“ERS is actively looking into ways to improve the estimates for smaller race groups,” Smits said.

She noted that ERS recently funded a competitive grant looking at “Validity Evidence for the Use of the USDA Adult Food Security Survey Module with American Indian and Alaska Native Adults” through a collaboration with Tufts University and the University of Missouri. A paper based on that project is expected in April 2022.

The Economic Research Service also has published information on food insufficiency during the pandemic for the American Indian and Alaska Native population, Smits said. To produce timely information on the economic and social effects of COVID-19 on U.S. households, the Economic Research Service worked with the Census Bureau and other federal agencies to develop the Household Pulse Survey.

“Very low and low food sufficiency during the COVID-19 pandemic affected certain segments of the U.S. population more than others,” according to the survey. “From January 6-March 29, 2021, Native Hawaiian and Pacific Islander households (27.3 percent) and American Indian and Alaskan Native households (20.3 percent), had the highest rates of food insufficiency.”

The shortfalls in Census Bureau data collection on Native Americans and Alaska Natives have been apparent for years. That fact was on stark display in September when the agency failed to include American Indian and Alaska Native data on poverty, income and health insurance in a series of its latest reports on those topics. Whites, Blacks, Hispanics and Asians were included in the analyses.

Census officials said they could have calculated the numbers for Natives, but they chose not to because it would have been more difficult and there were internal concerns about the reliability of the data based on small sample sizes.

Miriam Jorgensen, research director for the Native Nations Institute at the University of Arizona and for its sister program, the Harvard Project on American Indian Economic Development, told Tribal Business News that there is some good news based on what the Economic Research Service is publicly sharing.

“ERS understands that they don’t know much about AIAN households, which is why they are funding specific research into this area,” Jorgensen said. “Right now, the focus is on whether the data collection tool is any good for the AIAN population — this is a valid question as we suspect that a lot of Native people rely more on subsistence than the mainstream population does, and probably also relies more on household sharing.”

Studies that are approximately two decades old from the Institute for Economic and Social Research at the University of of Arkansas suggest that as much as 50 percent of the diet for rural Alaska Natives came from subsistence, and 10 years ago, a study at the Cheyenne River Sioux Tribe showed that a plurality of households relied on subsistence hunting for nutrition, Jorgensen said.

“So if the tool Census uses doesn’t pick up on this, then it might not really be measuring food security/insecurity very well,” Jorgensen added.

Jorgensen further noted that Native people aren’t the only excluded subpopulation in the current Economic Research Service report, which also did not include Asians.

“I think what we are seeing is that with a reasonably small sample size overall … they just don’t have enough information to draw a lot of conclusions about populations other than the largest three: White, Black, and Hispanic,” Jorgensen said. “This isn’t really ERS’s fault if Census doesn’t run larger surveys. … Census just isn’t gathering large enough samples.”

One criticism Jorgensen has for the Economic Research Service itself is that officials seem to be viewing this wholly as a racial issue, rather than as an issue about Native peoples — plural.

“Ideally, we would want to know more about food security and insecurity for tribal populations just as we do for state populations,” Jorgensen said. “My concern is that even with an improved tool, Census won’t be able to know whether individual Native nations have greater needs than others.”

She concluded: “It might be useful to work directly with tribes on measurement, so that tribes had the capacity to generate data that is comparable and sharable, but that they own and control.”