The Oklahoma State University Extension Program has expanded its work with Oklahoma tribes in the wake of its first ever grants from the Native American Agriculture Foundation, as Tribal Business News recently reported. 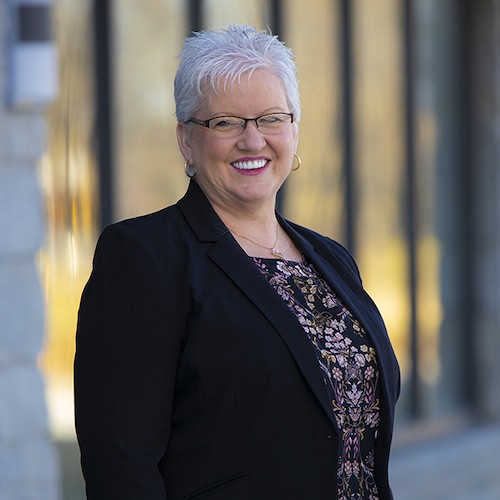 Nancy Johnson, OSU Extension District Director for Northeast Oklahoma, connected with TBN Reporter Chez Oxendine to talk about the organization’s work with tribes as well as the state’s Native farmers and ranchers. This interview has been edited and condensed for clarity and space.

What kind of work does OSU Extension do with tribes in Oklahoma?

We encourage our educators to work with tribes in any way possible that they can. So we basically have four major program areas that we do. We have family and consumer sciences, we have 4-H youth development, we have agriculture and natural resources, and then rural communities development. Sometimes, tribes will reach out to us, needing instruction on something and it could be any of those topics, and then we provide training for those.

Can you point to particular examples of that work?

With the Cherokee Nation, that tribe has worked with the educators there and in Cherokee County on a community garden project. The tribe actually gives a spot of land out by their complex for the educators to come in and teach gardening to tribal citizens. They harvest that produce, and sell it through their office there at the farm.

They also share with us their way of doing things, such as their work in Three Sisters gardens (corn, squash, and beans.) We work with them on those gardens so we don’t end up with conflicting things like cross-pollination or competition — they’ve asked us not to plant things in the community garden that would be in a Three Sisters garden.

So the work is more to complement tribal efforts?

Sometimes tribes have similar programs to what we offer, so we try never to be in competition, but as a complement or assistant to them. We see it as a good partnership.

What about individual Native producers?  Can you share some examples of the work you do with them?

We have lots of agriculture producers who are Native American, and we provide them with training for their pesticide license. We’re also doing hay samples, forage samples, water sampling, and getting those tests back to producers, so they know how much fertilizer to use, for example.

Over closer to the Arkansas state line, we have some Native poultry farmers, and we provide poultry waste-management education to those producers.

What role does federal grant funding play in putting this work out there?

Years ago, they started the Federally Recognized Tribes Extension Program (FRTEP) through the Department of Agriculture, under the National Institute of Food and Agriculture … Oklahoma was one of the first awardees in that grant cycle when they first began through the Muscogee Nation. We had that grant for several years, but then the funding changed and that program stopped.

We were able to pick up three more grants through FRTEP that we didn’t have before, with the Osage Nation, the Pawnee College and the Choctaw Nation, and those ran their four-year grant cycle. The Osage and Pawnee were funded again this last cycle, but the Choctaw Nation wasn’t.

What happens with these grants that aren’t FRTEP funded?

FRTEP is pretty limited - they can only fund up to 36 projects. The grants that did not get funded through FRTEP (were) sent to the Native American Agriculture Fund, or NAAF, and they sorted through the rest of the applications.

So where does that leave OSU Extension’s work with tribes as of present day?

NAAF was able to pick up the rest of those programs through their grants with us, so between the nine tribes in Ottawa County, the new grant with the Muscogee Nation, and our existing FRTEP grants with Osage and Pawnee, that makes 12 nations we will work with over the next four years.

What’s ahead for the Extension program?

We’re always looking for more grant funding to be able to help and do the programming that we need to do. We’re always encouraging our educators to find ways to work with tribes to complement rather than compete with existing services.

At the state level, we’re trying to put together a list of our existing partnerships and work with tribes. Educators who work on a county level may be working extensively with tribes, but if that reporting doesn’t get back to us, the people at our central office on campus don’t know that — so we’ve got to do a better job of telling that story.

There are some great partnerships out there that our people and tribes are doing and working on, and sometimes that big story doesn’t really get told.