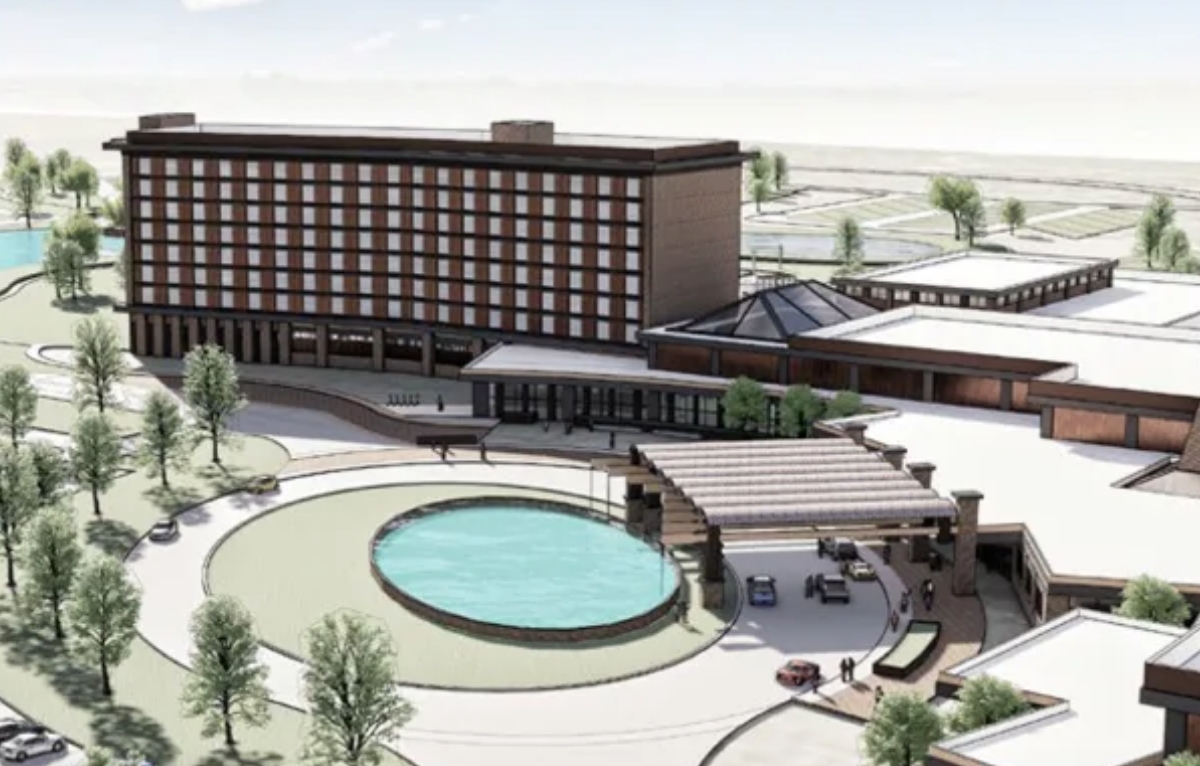 The tribe acquired the former Great Lakes Downs horse track in 2007 and has since been working through the process to open a new casino at the site. That included receiving approval from the Department of the Interior in the last few days of the Trump administration to take the land into trust for gaming.

Because the site was not located on the Little River Band’s traditional reservation as defined in the federal legislation that recognized the tribe as a sovereign nation in 1994, it required the governor’s concurrence to move forward.

“This project would have created and supported 3,000 jobs for Tribal members and families in the community along with providing funds for healthcare and housing,” Romanelli said in a statement. “Our tribe has worked hand-in-hand with the Muskegon Community for the past twelve years to gain approval from the Federal Government and State Government. Words cannot express how thankful we are for our community’s support and the disappointment we feel for them.”

In a letter today to Interior Secretary Deb Haaland, Whitmer said she was placed in an “impossible position” by the U.S. Department of the Interior’s deadline and lack of information about another area tribe that’s currently going through the process of federal recognition.

The state-recognized Grand River Bands have been going through the bureaucratic process for federal acknowledgment since 1994. The DOI is set to rule by Oct. 12 of this year on the tribe’s petition. However, the agency has kept extending its own deadline since 2017.

“Should the Grand River Bands obtain federal recognition, they may wish to open a gaming facility of their own in the same general area as the Little River Band’s proposed project,” Whitmer said in today’s letter.

In her letter, Whitmer said she didn’t want to rule on Little River’s proposal and hurt Grand River Bands’ economic potential, should they eventually receive recognition later this year.

The DOI previously extended the concurrence  deadline for Little River’s project by 180 days, requiring Whitmer to rule on the project by June 15.

“This has placed me in an impossible position. Despite my best efforts to get answers from DOI with respect to the pending Grand River Bands’ acknowledgment petition, I am left without information critical to my decision on the Little River Band’s two-part determination. The Little River Band has invested a significant amount of time and money into its proposal, followed the process prescribed by law and regulation, and secured the support of many stakeholders. Despite the strength of its proposal, however, I am unable to concur in the Little River Band’s two-part determination because of the remaining uncertainty created by the Grand River Bands’ pending acknowledgment petition.”

In a statement, Whitmer said she was “disappointed in the Department’s lack of flexibility in this process.”

“I realize that this non-concurrence is disappointing to the Little River Band and to supporters in the local community, and I am mindful of the significant amount of time and investment that went into this proposal,” Whitmer said in a statement.

Grand River Bands Chairman Ron Yob praised Whitmer for her “thoughtfulness and for doing the appropriate due diligence to make this important decision.”

“With this decision now made, the Grand River Bands will finalize our federal recognition with the potential of pursuing economic development activities in the Muskegon area,” Yob said in a statement. “On behalf of our hundreds of tribal members, we applaud Gov. Whitmer for issuing a nonconcurrence decision while our petition for federal recognition is still a pending matter.”

The coalition of opposing tribes included Nottawaseppi Huron Band of the Potawatomi, which owns the FireKeepers Casino Hotel near Battle Creek; the Saginaw Chippewa Indian Tribe of Michigan, operators of the Soaring Eagle Casino & Resort in Mount Pleasant and Saganing Eagles Landing in Standish; and the Match-E-Be-Nash-She-Wish Band of Pottawatomi Indians, which owns Gun Lake Casino in Bradley.

“(Whitmer) realizes that the request to approve this off-reservation casino would have violated the gaming compacts signed by all of the tribes in Michigan,” Jamie Stuck, chairman of the Nottawaseppi Huron Band of the Potawatomi, said in a statement. “Her decision maintains the cooperation and balance among the Michigan tribes.”

Romanelli previously said the tribe had invested more than $30 million in the plans for the Fruitport Township casino, which would rise at the former Great Lakes Downs horse track that it bought in 2007.

Earlier this month, Romanelli decried the 11th hour “misinformation campaign” against the project, telling regional business publication MiBiz that it was unfortunate that someone appeared to be putting the governor in “an awkward situation.”

“The two issues are not related. It’s something two separate tribes are trying to accomplish,” Romanelli said in the report.

Little River projected that the proposed project would have created 3,000 jobs in the Muskegon area, where a large base of its members reside, and would have generated more than $15 million in revenue for the state on an annual basis.

A Michigan governor has only granted concurrence once in the history of Indian gaming for an off-reservation casino. That came in 2000, when the Baraga-based Keweenaw Bay Indian Community received approval to open a second Ojibwa Casino location in Chocolay Township, just east of Marquette.

To date, governors have mostly opposed off-reservation gaming over fears it would set off a cascade of casino projects from tribes jockeying for the most lucrative locations across the state.

“Once DOI has acted on the Grand River Bands’ acknowledgment petition, I would welcome the opportunity to revisit this question and ask that you to find [sic] a way for me to do so,” Whitmer wrote in today’s letter to Haaland.

In a statement, Romanelli acknowledged the process was over, “for now.”

“Our tribe is proud that over the last 12 years, we did everything right,” he said. “The project has been supported by the Obama, Trump and Biden Presidential administrations along with the Granholm and Snyder Gubernatorial administrations. We received approvals from the Department of Interior and the Bureau of Indian Affairs. We met all the criteria required for approval. And while we disagree completely with Governor Whitmer’s decision, we respect that she has the authority to make it.”